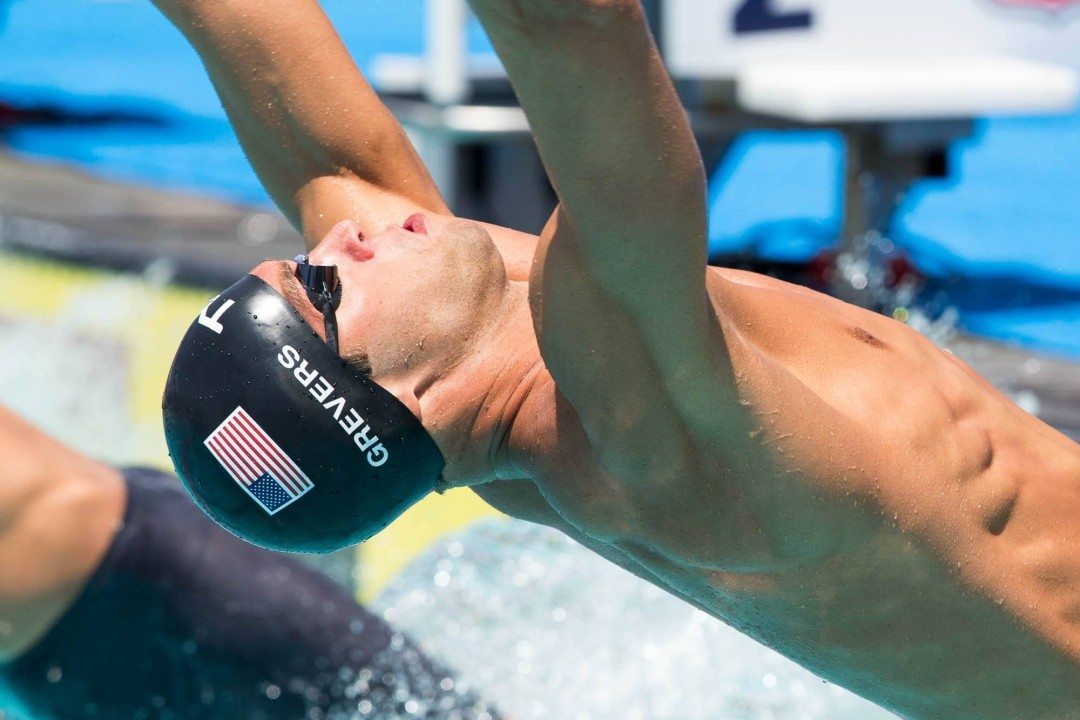 Matt Grevers will not swim the A final of the 200 backstroke. Tyler Clary and Bobby Hurley also scratched the event. Archive photo via Tim Binning/TheSwimPictures.com

There were only eight scratches between the “A” and “B” finals for night three of the Arena Pro Swim Series at Orlando.

Three of those scratches are in the men’s 200 back, where Tyler Clary, Matt Grevers, and Bobby Hurley all scratched the A final. Neither Clary or Grevers will swim an individual event in the evening, but Hurley holds the top seed in the “C” final of the men’s 100 freestyle.

The scratches open the door to Ezequiel Aviles Trujillo, Peter Brothers, and Andy Song An to swim in the “B” Final, while Matias Lopez, Horus Ramirez Briseno, and Matthew Mac moved into the A final.

Kosuke Kitajima and Alexandru Coci also scratched the “B” final of the men’s 200 IM. Lopez will again be the beneficiary, moving into the 16th and last spot in the “B” final. Wesley McGovern will also move into an outside lane in the “B” Final

The women’s 200 IM B final also saw some scratches. Chloe Tutton and Maggie Werba scratched the swim, making room for Bronwyn Pasloski and Danika Huizinga in the outside lanes.