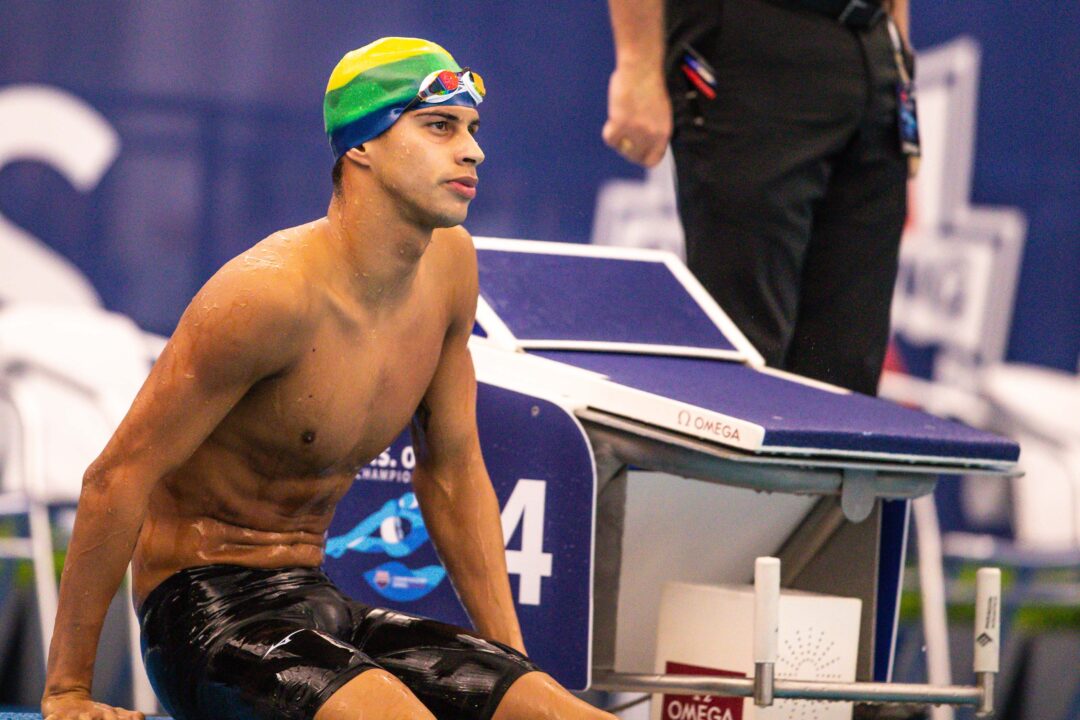 Read up on day two results from the 2022 Brazilian Summer Championships where the Unisanta club is on top of the overall squad standings. Archive photo via Jack Spitser/Spitser Photography

The 2022 Brazilian Summer Championships continued on to day two, with Nathalia Almeida wrangling up her 3rd gold of the meet.

After claiming the top prize on day one in the 200m free and 400m IM, 25-year-old Almeida quickly captured the 400m free victory.

Almeida stopped the clock in a tie of 4:14.23 to get to the wall over 3 seconds ahead of the competition. In the process, the Unisanta swimmer scorched her previous personal best, knocking nearly 3 seconds off the 4;17.10 she logged in 2019. As a result, Almeida now checks in as Brazil’s 11th fastest performer all-time in this women’s 400m free.

Guilherme Da Costa was the men’s 400m free winner, with the Unisanta swimmer putting up a solid effort of 3;54.68. That gave him a healthy advantage over runner-up Bruce Almeida who touched in 3:56.86 while Unisanta teammate Brandonn Almeida rounded out the top 3 in 3:57.22.

Costa is the reigning Brazilian national record holder in this distance, owning a lifetime best of 3:43.31 produced at this summer’s World Championships. That time rendered Costa the bronze medalist there in Budapest, with his resulting also establishing a new South American Record,

In terms of the overall team standings, the top 3 squads from day one remain in their positions through day two, with Unisanta leading the pack with 9 total medals.