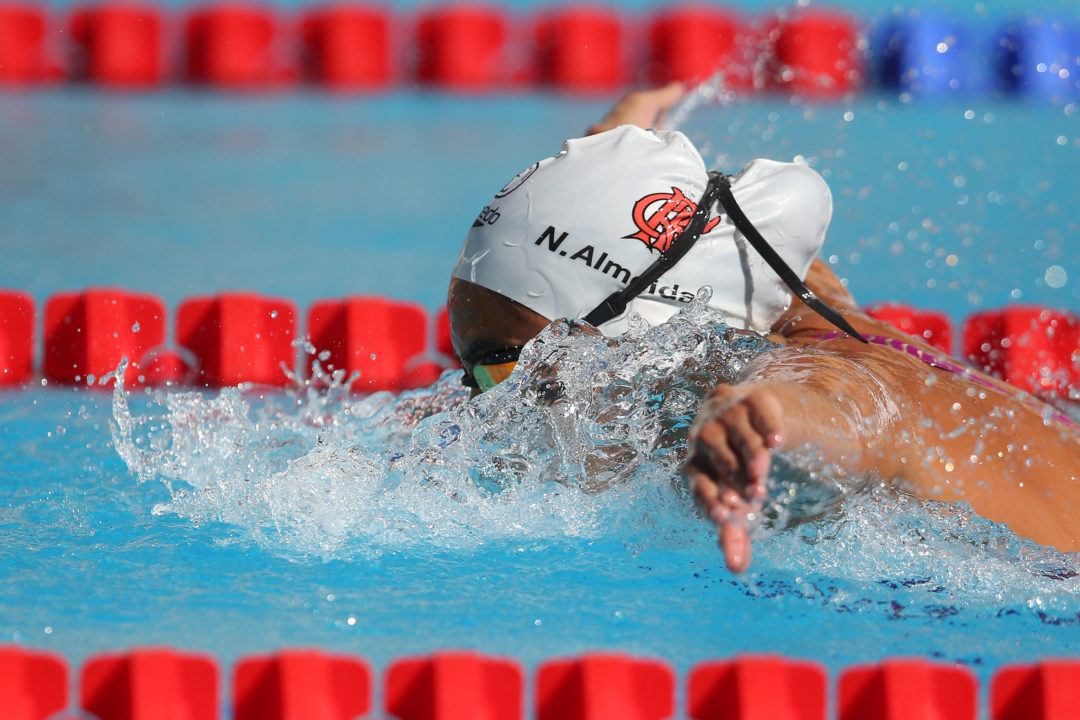 The 2022 Brazilian Summer Championships kicked off yesterday with both juniors and seniors in the water racing in long course meters.

Starting things off for the women was Nathalia Almeida, with the 25-year-old taking two events on opening night.

First, Almeida produced a time of 2:00.93 to top the women’s 200m freestyle podium by over 2 seconds. The time checks in as the 4th fastest of her career, one which boasts a personal best of 1:59.32 from June of this year.

The next event to fall to Almeida was the women’s 400m IM where the 2020 Olympian got to the wall in a time of 4:47.65 as the only swimmer to delve under the 4;50 barrier. That performance also represented one of Almeida’s best with her career-quickest remaining at the 4:43.45 put up at this year’s Trofeo Le Naiadi in Italy.

Getting on the board for the men was Brandonn Almeida who raced his way to 400m IM gold in a time of 4:20.88. That gave the 25-year-old the victory by nearly 6 seconds.

Almeida recently competed at the 2022 South American Games where he took the gold in this same 400m IM event in a new Games Record of 4:19.25. That time was just off the 4:18.84 he delivered at the Brazil Trophy this past April.

In terms of the overall team medal table, Unisanta leads the teams with a total of 6 medals, including 5 gold, while Pinheiros is next in line with 4 medals with 2 of them being gold.