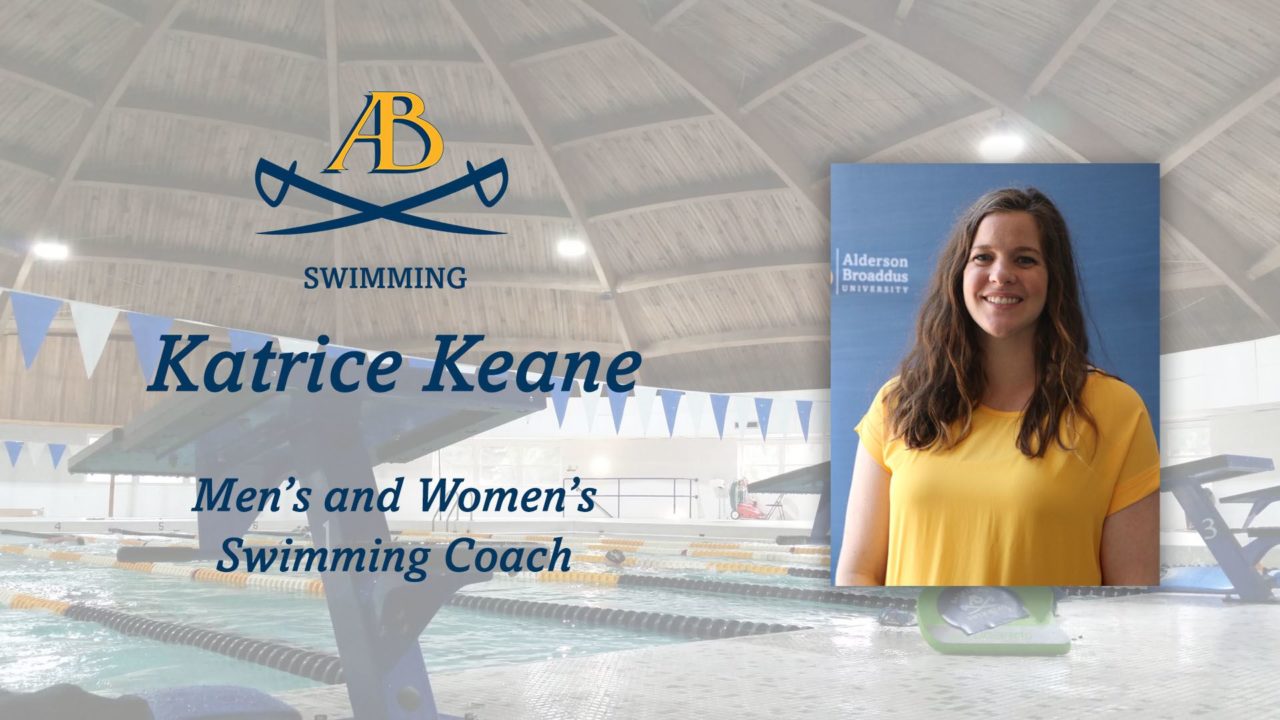 “Katrice has a wealth of experience, both in coaching and as a Division I swimming student-athlete,” said Bodkins. “We are excited to have someone of Katrice’s caliber join the AB staff.”

Keane was an assistant coach for both the men’s and women’s programs at Colgate University, where she helped guide the women to a winning record during all of her years there, and the men’s team saw steady improvement under her watch.

“I am thrilled to be a member of the Alderson Broaddus family,” Keane said.  “To be a Battler really means something, and I am excited to be a part of it.”

Prior to her time at Colgate, Keane was the head coach of both the Tampa Bay Aquatic Team and Ridgewood High School in New Port Richey, Florida.  Under her supervision, both programs experienced tremendous growth, and she developed swimmers to become state qualifiers, state champions, and national team members.

Keane is a 2011 graduate of the University of Alabama, where she enjoyed a successful career in one of the top swimming conferences in Division I, and was named a captain for her senior season.

What’s the point of them having a team? They change coaching staff every single year and never have more than 10 combined athletes any given year, typically only having 1 or 2 on the men’s side.

Now that the school has a new athletic director hopefully that will change.