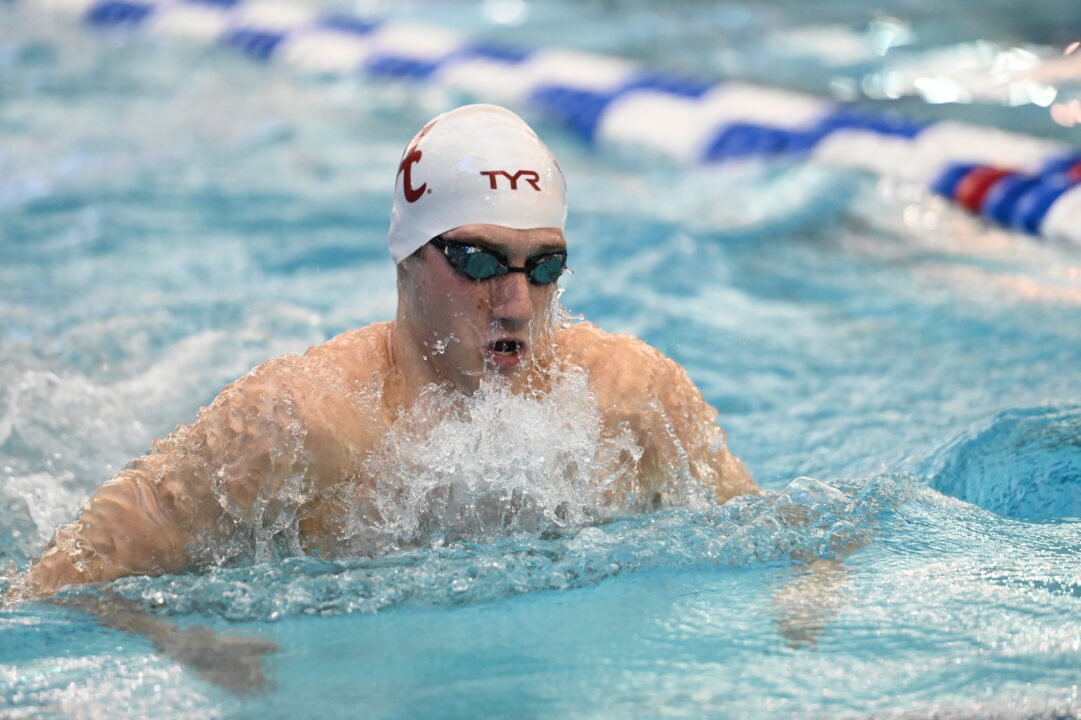 The University of Alabama hosted Auburn University on Saturday, January 15th for senior day. Neither team suited up. On the women’s side, the Alabama women came out on top with a score of 161-139. The Auburn men came out with a close victory in a score of 152-148.

Both teams had a scheduled meet for January 8th, but both meets ended up being canceled due to COVID-19. This was both team’s first season since their mid-season invites back at the end of November.

The meeting between the two teams has a long-standing history. The Auburn women lead the all-time series with 30 wins and 10 losses. The Auburn men also lead the series 32-18. Last season, the meet was canceled due to COVID-19. The most recent dual meet between the two teams was back in December 2019 when Auburn won both the men’s (175-125) and the women’s (169-131) meets.

Junior Aidan Stoffle out touched Alabama’s Matthew Menke in the 100 backstroke by 0.01 seconds. Stoffle captured the victory in 47.37 over Menke’s 47.38 respectively.

Other men’s first place finishes include:

Auburn has their next meet scheduled for January 22nd at Florida. Both teams will then meet again at the Auburn Invitational from February 3rd through the 5th before SEC’s begin February 15th and continue through the 19th.

Great to see the Bama women win for the second time in 26 years!! Huge accomplishment for them… can’t wait to see them kill it at SECs.

I swam in college from 2001-2005 and then coached til 2015. It’s pretty funny how some believe that college teams rest for dual meets.

Some teams might go easier 1 maybe even 2 days prior to a big meet, but that’s it.

What is much more likely is the big meet and great competition assisted in fast in season times.

On the ground here … they arrived Thursday. Needed a little pick me up before they get toasted at SECs I suppose! Try and earn at point at NC’s this year!

Amazing meet!! So many close races! This is what it’s all about!

Interesting Auburn seems to have rested for this meet instead of SECs.

Yeah cause Alabama has never lost a swim meet unless the other team rested.

Incorrect. AU arrived Friday afternoon for a Saturday AM meet. This is fairly normal the last time I checked with my kiddo. And NO, Auburn was not rested for this. Look through the times and you’ll see they are doing a fair amount of work right now.

Crazy how much the culture of these 2 programs has changed. 4 years ago Bama was ecstatic to split the meet against auburn for the first time in years. Now it seems that the tide has turned, with auburn excited to come out with a split meet while winning 10/32 events.

Who said Auburn fans were excited? Auburn fans know we can do better…just look at the disparity of banners hanging in our respective aquatics centers.

Still living in the past lol

Mentioning the accomplishments of the program =/= living in the past, but makeup whatever narrative you want to appease yourself…you’re not the first Bammer in this section to do so. We’ll also go ahead and say that Auburn was rested and Bama wasn’t and Auburn arrived on Thursday.

I don’t dispute auburn arriving Friday. But to assert that bama was rested when clearly you have no idea what you’re talking about is just not correct at all

Bama were first in falsely asserting that Auburn rested for this meet.

They got there on Friday

18
-3
Reply
Think before you speak
Reply to  Swimmer Steve

Bama drop tapered, auburn got to tuscaloosa friday afternoon and didn’t do any kind of resting

18
-8
Reply
Swimmer Steve
Reply to  Think before you speak

9
-3
Reply
Swimm
Reply to  Think before you speak

How many tapers can college age swimmers do in a season?