7 Reasons Why You Should Know Who Vladimir Salnikov Is 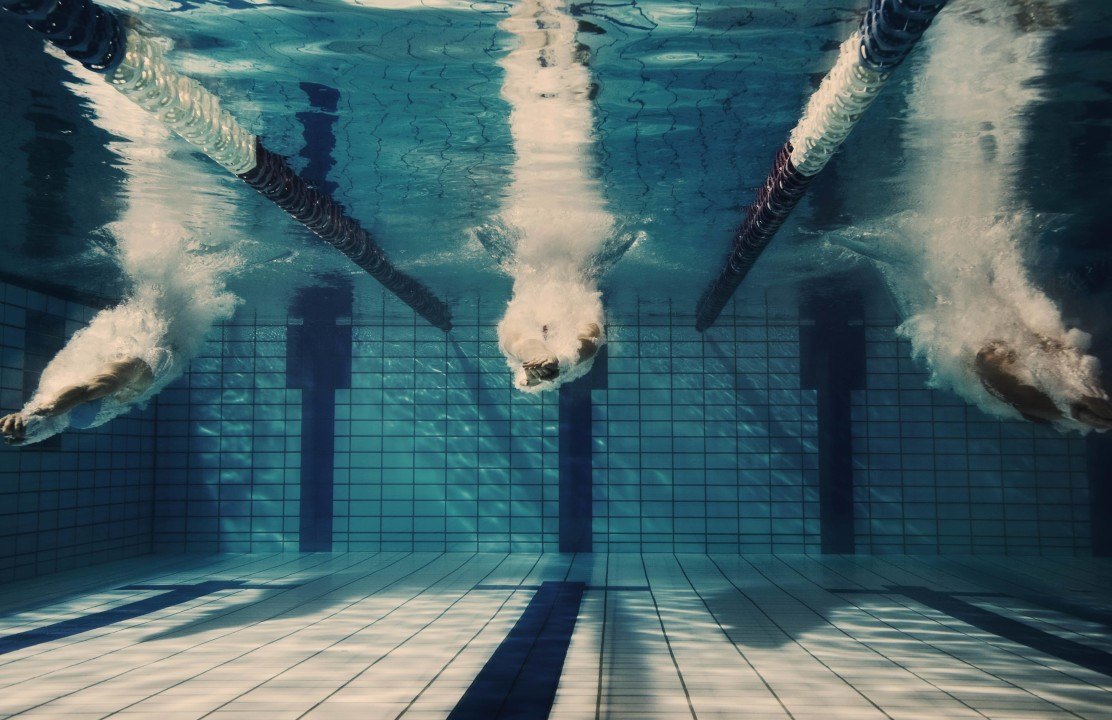 Vladimir Salnikov was the greatest distance swimmer of his generation, possibly of all time. Here are 7 things you should know about the "Monster of the Waves." Stock photo via .Funky Trunks

Olivier Poirier-Leroy is a former national level swimmer based out of Victoria, BC. In feeding his passion for swimming, he has developed YourSwimBook, a powerful log book and goal setting guide made specifically for swimmers. Join 1,800 of your fellow swimmers and coaches and sign up for the YourSwimBook newsletter (free) and get weekly motivational tips by clicking here. *Originally published 10/16

Today’s swim fan may better recognize the name of Vladimir Salnikov as belonging to that of the president of the Russian Swim Federation, or from the international invitational that bears his name that takes place in St. Petersburg each year.

But Vladimir Salnikov is more than just those; he was also one of the greatest distance swimmers to grace the pool, carrying a reign of dominance on the mile that carried on for 11 years on the international scene. He broke a lot of barriers in the swimming world, being the first man to swim faster than 15 minutes for the mile, was the oldest Olympic gold medalist in swimming in almost half a century, and in the middle of a raging Cold War showed that sport could rise above politics, even if only for a two week training camp in Mission Viejo.

There are those milestones in sport that seem unbeatable or unattainable. For a long time in track it was the 4 minute mile and the 10 second 100. For gymnasts the perfect 10, figure skaters a perfect 6. They are the ghosts that push us in training, the seemingly unattainable mark that most will say is impossible and a few have the gall to chase down.

For swimmers it was the mile and the 15 minute barrier. Even though we expect swimmers to now be able to break this time, at one point in swimming’s history it was the great white whale of achievements. Salnikov would be the first, and he would do it in front of a home crowd in Moscow at the 1980 Olympics, lowering the USA’s Brian Goodell’s world mark by 4 seconds to 14:58.27. (In 1978 at the World Championships in Berlin he would also be the first to break 8 minutes in the 800 freestyle – 7:56.49 – setting him up for a run at 15 mins two years later.)

With his 1980 win in the books, Salnikov continued training, hoping to get a chance to swim against the world in 1984. While the Moscow gold medal had been thrilling, and he’d posted a time that was head and shoulders above the next fastest swimmers at the time, it simply wasn’t the same. He wanted to win Olympic gold with the whole world there.

However, as history shows, the Soviet Union and the Eastern Bloc countries elected not to attend the ’84 Games in Los Angeles in an international relations tactic known as “you boycott me, I boycott you.”

Salnikov would have to wait yet another 4 years.

In the two years leading up to Seoul Salnikov’s dominance on the 1500 loosened. He failed to make the podium in Madrid in 1986 at world champs, a dozen body lengths behind the winner, West Germany’s Rainer Henkel. In ’87 he didn’t even make the final at European Championships, and in the run-up to the ’88 Games the Soviet coaches considered him washed up and not worthy of being on the squad going to South Korea. Only because of intervention by the national sports ministry did Salnikov get his spot on the team.

Despite the lack of belief from his own coaches, and the staunchly held belief that he was simply too old at the age of 28 (which at that time seemed pre-historic), Salnikov managed to hold off a field that averaged 22 years of age to win the 1500m free at the Seoul Games in a time of 15:00.40.

(To consider just how mind-blasting this achievement was at the time, he was the oldest swimmer to win a gold medal at the Olympics since Japan’s Yoshiyuki Tsuruta won the 200 breast the first time the Games were held in Los Angeles… in 1932.)

4. He got a standing ‘O’ in the Olympic village after his race in Seoul.

Canadian swimmer Mark Tewksbury, who would later win the 100m backstroke at the 1992 Olympics, recounted in his book Visions of Excellence seeing the normally stoic Russian well up a little bit at the spontaneous act of appreciation and support for an athlete who just wanted to compete against the whole world.

The standing ovation is all the more impressive given that it was given by his fellow Olympians, and that they were athletes representing all sorts of countries and sports. (He was the only athlete in Seoul to be recognized by his peers in this way.)

In that span, between 1977 and that not-so-hot ’86 performance at Worlds, Salnikov won the most grueling event in swimming over 60 times consecutively at various World Championship meets, European championships and Olympic Games.

6. He trained with Mark Schubert in Mission Viejo for a while.

Russians swimming in California seem commonplace now (see: Morozov, Lobintsev @ USC with Dave Salo), but you gotta remember that in the late 70’s and 80’s the US and the Russians were superpowers that were super friends-off. Salnikov trekked to California to spend time training with Schubert and two of his charges, Brian Goodell (’76 Olympic champ in the 400 & 1500 free, and world record holder in both events for stretches in the late 70’s) and Tim Shaw (who at one point held the world records in the 200, 400 and 1500 free in 1974).

Given that East and West were frenemies on the international stage, it was nice to see that elite athletes from both countries could come together and share in the agony, err, pleasure, that is long distance training.

This is certified awesome. (“Vlad the Impaler” would have been only slightly more terrifying.)

Salnikov reigned over the grueling distance events for so long, winning gold medals in the same event at the Olympics 8 years apart, while also being the first man to break that mythical 15 minute barrier. Given the consistency he performed at the international stage, and in the face of criticism and doubt from even the high performance coaches of his own country, he more than earned it.

He was also coached by his wife for a long time!

Salnikov was great. He was also a Soviet swimmer during the 1070s – 1980s, which means there is a good chance he was drug supported. That needs to be mentioned.

If he had a 900+ year swimming career, I’m fairly certain drugs were involved…..
😉

Hahaha. You never know with the Russians!

Why is no-one commenting on Salnikov’s role and actions re- Russian doping in the present day? If you visit the doping -obsessed website (you know the one!) and see what they say about him there you’d have him as a real villain, unhelpful with WADFA, FINA, etc.

A couple funny interactions I had with Vladimir over the years: At the1983 meet in LA–I took him to a local stereo store to buy a portable cassette player/radio. Eastern bloc athletes always wanted to buy things they could not get easily at home.
Later in 1988 at the Olympic Games in Seoul he came up and asked me why I stopped swimming distance–I made the ’88 team in the 400 IM. I laughed then, and I still chuckle thinking about it now.

Brian Goodell’s Olympic race in the video above is my first memory of competitive swimming. I remember jumping up and down on that last lap.

I remember how Salnikov was the only one who could go under 15 minutes for a long time. He was a machine and never lost. His dominance was about as good as it gets.

I’m not sure how I feel today about the boycotts. I was devastated at the time thinking how hard so many Americans trained for the Olympics to be waylaid by politics.

What good memories. Thanks for posting here Brian Goodell.

I want to contribute this: look at the winning times from the 1972 and 1976 Olympic 1500’s. An improvement of :50 in the world record progression in 4 years. Similar drops in most races. Anyway, between 1972-76, everyone started using GOGGLES in practice and meets. The “Animal Lane” was created in that short span of time. Prior to the Hind Compy and similar goggles by Arena and Speedo, no one could stay in the water for too long. All of a sudden, every coach and swimmer could push the envelope. 75 minute practices. 90 minutes. 120 minutes. 180 minutes. Doubles with 120 in the morning and 180 at night. This isn’t like running, where support structures take massive poundings. By… Read more »

Also, Burton would not have won the 1500 in 1972 if Rick Demont could have swim since Demont was disqualify over asthma medicine.

Also, Burton would not have won the 1500 in 1972 if Rick Demont could have swim since Demont was disqualify over asthma medicine.

I read about that. Santa Clara was another team doing 2 workouts but probably more like 9,000 to 10,000 during peak workouts.

Got his butt kicked by Goodell and Hackett in ’76. Probably would have again in ’80….but we’ll never know