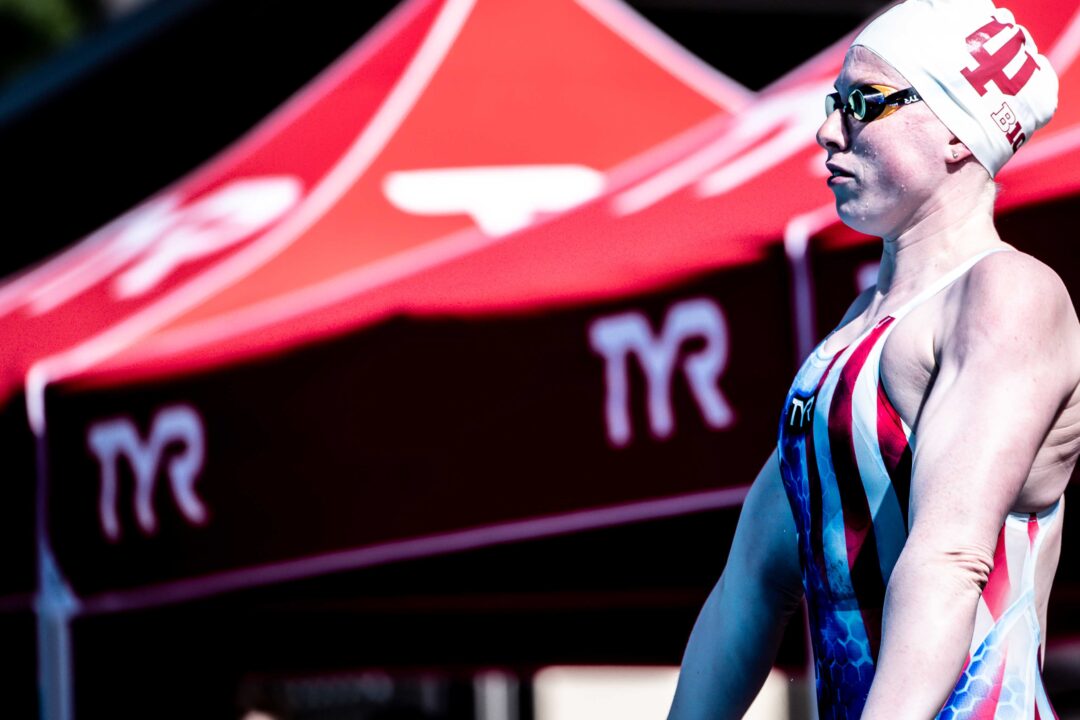 The winning time from the 2016 Olympic Trials would be seeded seventh this year in both the women's 100 backstroke and 200 breaststroke. Archive photo via Jack Spitser/Spitser Photography

As you’d expect, swimming in the United States has gotten faster as a whole in the five years since the last Olympic Trials in 2016.

Highlighting how much faster things have gotten in certain events even more so is the fact that seven #3 seeds coming into the 2021 Trials have an entry time faster than it took to win the 2016 Trials, with six of those coming on the women’s side.

Out of those seven, the most stark difference between 2016 winning times and this year’s seeds come in the women’s 100 back and women’s 200 breast. The winning time from the 2016 Trials would be seeded seventh in both events.

You can check all of the #3 seeds from the last three Trials below:

I dont think this is an anomaly. People swim more slowly at trials than fans expect. Re: recent article about wave I.

If someone wants to collect data to show the #3 2016 seed vs 2012 winning time and prove me wrong, please feel free. (Im really just trying to not get too excited…. Im already so over-hyped for next week)

Under the pressure of Olympic Trials, it’s not surprising that the winning time would not be that fast. I’m sure there will be many top 2 athletes at OT that will not win their place on the Olympic Team with a best time.

It’s gonna be a great one!

Women’s backstrokes, 200 breast, and 200 IM are also insane in their progressions.

That is a take.

Probably already close haha. Record hasn’t been broken in 12 years. Dressel might shave a little off but it’s not gonna get much faster than 20.9. I hope I’m wrong though.