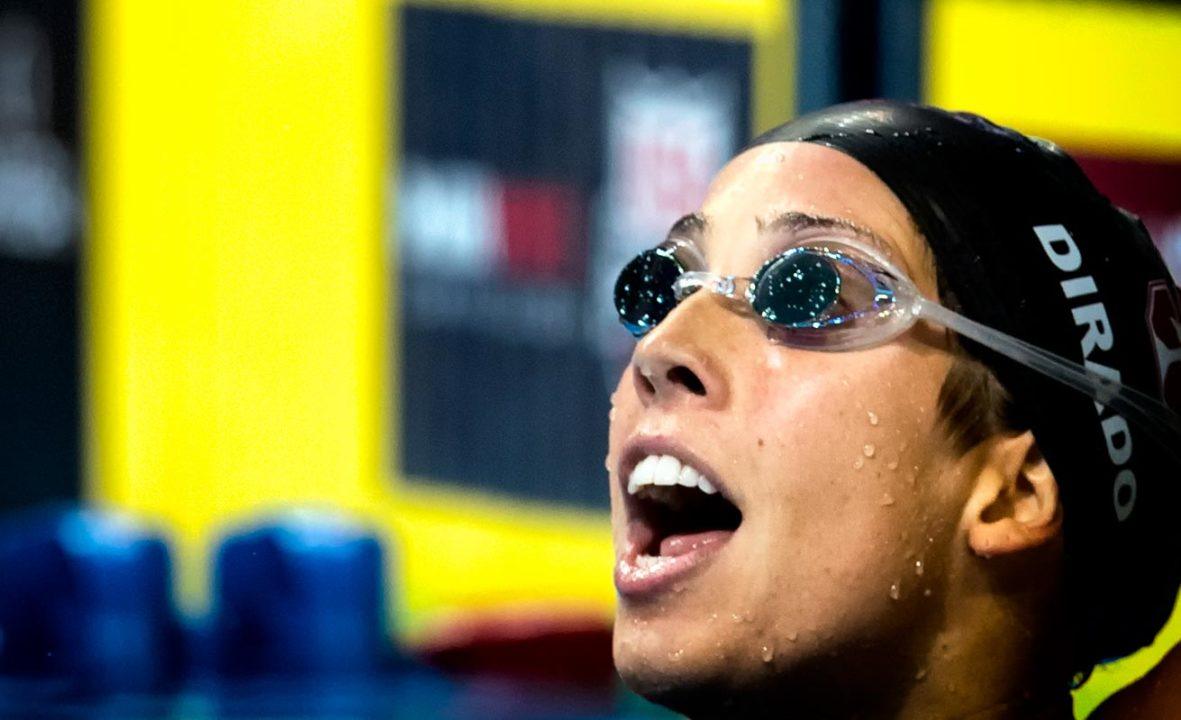 While there have been some changes brought to the 2nd edition of the 2018 USA Swimming Swim Squads program, which creates 4 ‘fantasy teams’ led by 2016 Olympians pitted against each other in a virtual team battle, one thing hasn’t changed: the stakes.

Besides big bragging rights, a big check for each captain’s charity of choice is on the line.

Specifically, the squad with the most points at the end of the 6 meet series (the 5 TYR Pro Swim Series events, plus the 10k at Open Water Nationals) will receive $10,000 to donate to the charity of their choice.

These particular charities have very personal connections to the athletes and to the sport for various reasons. DiRado participated in a USO tour after winning Olympic gold in 2016. Beisel has been on the Board of Directors with the USA Swimming Foundation since 2016 and is one of the organizations official ambassadors.

Jaeger comes from the same town, Fair Haven, New Jersey, as Kevin Ryan, the president and CEO of Covenant House International. Adams’ charity, the NEGU Foundation, was launched in honor of Jessie Rees, a 12-year old swimmer who lost her battle with cancer in 2012. During a 10-month battle with cancer, she helped other kids fighting cancer who couldn’t leave the hospital via creation of JoyJars.

More About Each Charity, courtesy their individual websites:

USO – For over 77 years, the USO has been the nation’s leading organization to serve the men and women in the U.S. military, and their families, throughout their time in uniform. From the moment they join, through their assignments and deployments, and as they transition back to their communities, the USO is always by their side.

Today’s USO continuously adapts to the needs of our men and women in uniform and their families, so they can focus on their very important mission. We operate USO centers at or near military installations across the United States and throughout the world, including in combat zones, and even un-staffed USO service sites in places too dangerous for anyone but combat troops to occupy.

The USO is not part of the federal government. A congressionally chartered, private organization, the USO relies on the generosity of individuals, organizations and corporations to support its activities, and is powered by a family of volunteers to accomplish our mission of connection.

Covenant House – For more than four decades, Covenant House has helped transform and save the lives of more than a million homeless, runaway and trafficked young people. We offer housing and support services to young people in need – reaching 80,000 boys and girls every year.

Coming off the streets, the young people we serve are usually disconnected from their families and other social support – kids who have endured traumatic and adverse childhood experiences. In addition to living on the streets, many have survived abusive homes, spent time in juvenile justice facilities, aged out of foster care or have been victims of human trafficking and exploitation.

Our comprehensive program model builds a life-affirming bridge for young people by engaging youth on the street (Street Outreach) providing no-barrier, safe, short-term housing to meet their immediate needs (Immediate Care), and longer-term transitional housing (Rights of Passage) to assist those who are ready for more independent living.

Jessie Rees was a beautiful, athletic, smart and compassionate 12 year old girl who bravely fought two brain tumors (DIPG) for ten months and two days. Her fight started on March 3, 2011 and ended on January 5, 2012 when she earned her angel wings.

During her courageous fight, Jessie decided to focus on helping other kids fighting cancer that couldn’t leave the hospital. This desire led to the creation of her fun-filled JoyJars® and Never Ever Give Up (aka: NEGU®) message.

Today, JoyJars and NEGU are recognized symbols of hope, joy and love in over 29 countries.

It is a great thing for charities to get some funding from this fantasy league. I question on the USA Foundation how much actually goes to the overhead vs how much goes to “charity”? How much are the salaries vs how much is spent teaching kids how to swim and be safe? I question that about all charities before I give

Every non-profit is a bit different in how these buckets should be divvied up to best execute their mission. Some can use volunteer labor, others need professional employees to properly execute their missions. There’s also a bit of a black box on what those expenses are. I know a huge chunk of the expenses goes toward Golden Goggles, but I’ve heard that the event itself basically breaks even, and the auction is all profit (that information could be outdated, it’s a few years ago).