3 Inducted Into Maine Swimming Hall of Fame on Sunday 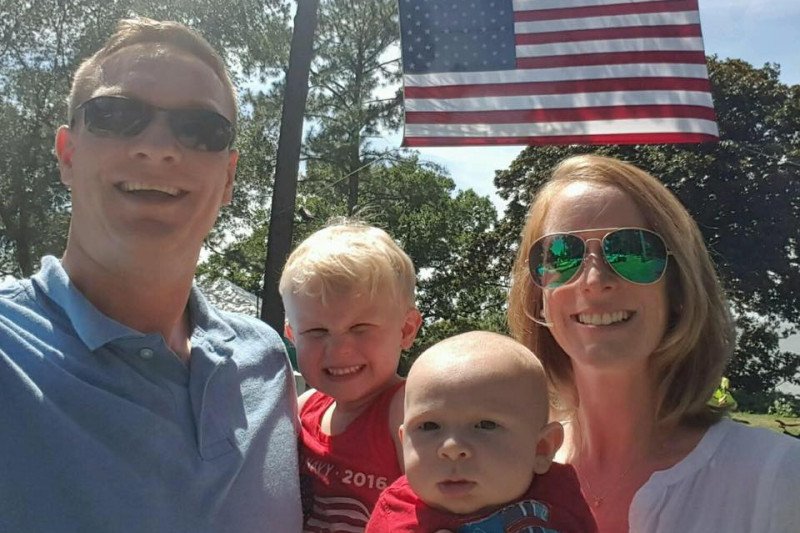 Jason Thomas (left), with his family, will be inducted posthumously. His State Records in the 200 and 500 free, set in 1999, still stand almost 20 years later.

Sunday will mark the induction of 3 new individuals into the Maine Swimming & Diving Hall of Fame in a ceremony in Lewiston. Gina Mancini, Emily Caras Snyder, and Jason Thomas make up the class of 2018. The Hall of Fame inducted its first member, Harold Paulson, in 1995, and then took a break before beginning annual inductions in 2001.

Mancini swam at Falmouth High School where she was a three-time NISCA All-American. She earned that honor in the 50 free in both 2003 (23.90) and 2004 (23.88) as a freshman and sophomore, respectively; and then did so again in the 100 breaststroke in 2006. In her 4 years of varsity swimming, she was undefeated in high school competition, and was the Maine Class B Swimmer of the Year in 2004 and 2005. She went on to swim at Notre Dame.

Snyder was a 5-time state record breaker at Cape Elizabeth High School who was once ranked #1 nationally in her age group in the 200 free and 200 fly. As of 2017, she still holds 39 Maine age group records. She went on to swim collegiately at Cornell where she broke school records in the 200 free, 200 fly, and on 400 and 800 free relays.

Thomas is a name that still haunts the record-books of Maine High School swimming almost 20 years after his graduation. His 1:40.70 in the 200 free and 4:33.21 in the 500 free set as a sophomore in 1999 are both still the state records. That 500 free was the 3rd-fastest by a high school swimmer in 1999. He then transferred to Mercersburg Academy in Pennsylvania, where he added 8 more All-American accolades for 10 total. He swam collegiately at Tennessee, in spite of a shoulder injury that kept him out of competition for 18 months, and earned two Honorable Mention All-America honors. After college, he served as a Captain in the United States Army, and died in 2016 at age 34.

Welcome to the Hall!