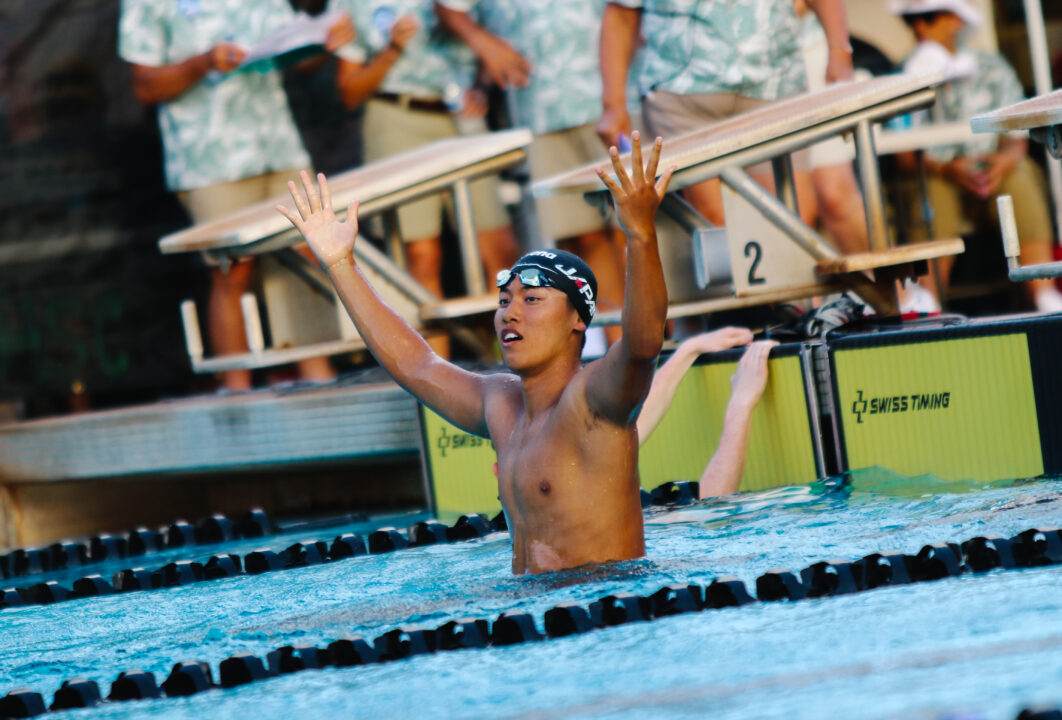 Japan's Asahi Kawashima is the #2 seed in the boys 200 breast, but won gold at Junior Pan Pacs last week in a time that would make him the #1 seed. Stock photo via Jon Reiter

Interestingly, the girls 50 back prelims this morning will feature neither the 100 back champion, Dora Molnar (Hungary), or the 200 back champion, Yuzuki Mizuno (Japan). Hungary’s Lora Fanni Komoroczy is the top seed, coming in with a 28.31. Italy’s Sara Curtis and Japan’s Aimi Nagaoka are both also entered under 29 seconds.

100 fly champion Diogo Ribeiro (Portugal) enters as the top seed in the boys 50 fly. Ribeiro is seeded at 23.28 but swam his personal best and Portuguese Record of 23.07 at the European Championships last month. He won the 100 fly by half a second last night over Czech Republic’s Daniel Gracik, who is the 3rd seed in the 50 fly this morning.

In the boys 200 breast, Austria’s Luka Mladenovic is the top seed, coming in at 2:13.21. That being said, Japan’s Asahi Kawashima, the #2 seed, won the event at Junior Pan Pacs last week, swimming a 2:11.81. His new personal best makes him the fastest swimmer in the field this morning.