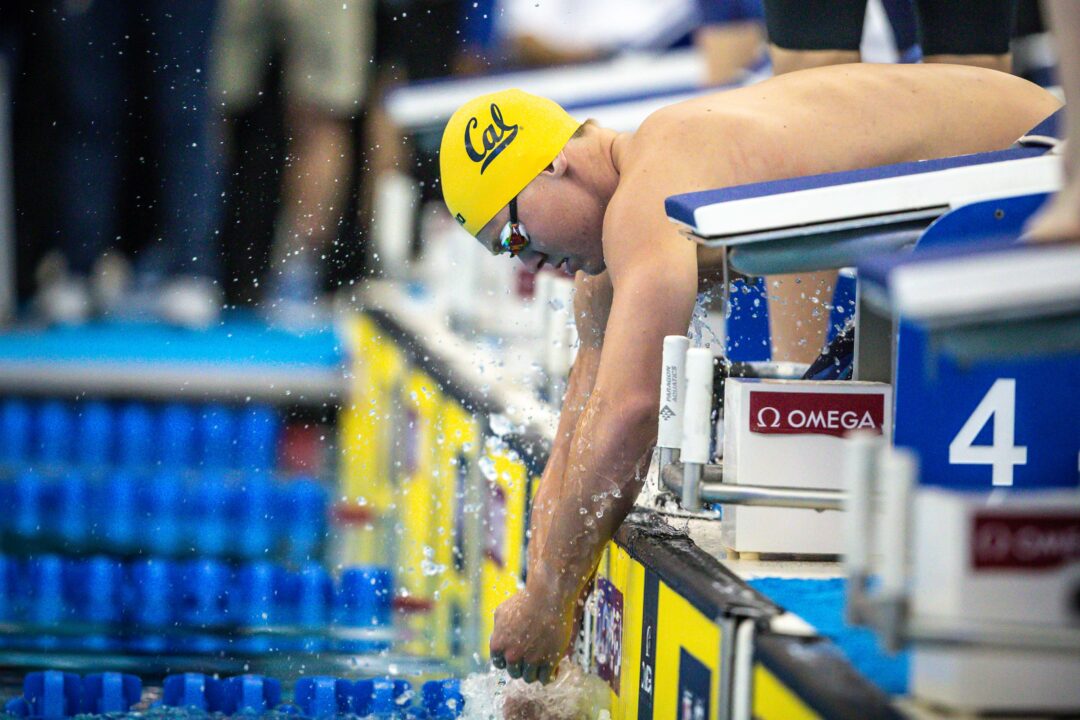 Trenton Julian was one of several swimmers who punched their Budapest ticket with a top four showing in the 200 free freestyle. Current photo via Jack Spitser/Spitser Photography

The US rosters grew tonight as top swimmers claim their spots on the 2022 International Teams for this summer’s FINA World Championships and Junior World Pan Pacific Championships.

On the women’s side, Katie Ledecky picked up the first roster double of the meet as she added a win in the 200 free to go with her victory yesterday in the 800 free. Claire Curzan also doubled with a win in the 50 fly after placing 2nd in the 100 free yesterday. Hali Flickinger didn’t win the 200 free, but her 4th-place finish in the 200 free counts as a double for roster-building purposes; she was already on the team after winning the 200 fly yesterday. Leah Smith, who took second to Ledecky last night in the 800 free, guaranteed her roster spot with a 3rd place finish in the 200 free, locking her into the 4×200 freestyle relay.

Teenager Claire Weinstein punched her ticket with a 2nd place finish in the 200 free behind Ledecky, while veteran Lilly King reserved her spot in Budapest by winning the 200 breast. College star Phoebe Bacon made her first Worlds team with a win in the 200 back.

On the men’s side, Drew Kibler, Trenton Julian, and Caeleb Dressel all earned roster doubles as well. Kibler took 2nd in the 200 free after tying for fourth in the 100 free yesterday. While typically the top four swimmers in the 100 and 200 free are guaranteed spots on the roster, USA Swimming hesitated officially naming Kibler and Hunter Armstrong to the team yesterday. We’re not entirely sure what Kibler’s qualification means for Armstrong yet.

Julian, meanwhile, secured a spot thanks to a 4th place finish in the 200 free after taking 2nd in the 200 fly yesterday. Dressel won the 50 fly to go along with his victory in the 100 free yesterday.

Charlie Swanson and Nic Fink tied for the win in the 200 breast, but they’ll both automatically be added to the team since they were both under the FINA ‘A’ standard.

Theoretically the team could take up to the 6th-highest eligible finisher. Realistically the selection won’t go that deep, unless a lot of swimmers decline their spot. For now, we’ll just list out the top-three eligible swimmers in each event, noting that the second and third athletes haven’t actually qualified as of yet.

The rules are a bit convoluted, and we’re likely to see more swimmers decline their spots for this than we are for worlds, so the final roster could look a bit different. But for now, here’s our best guess as to how this roster is shaping up through the second day of competition.

*Claire Weinstein qualified for the Worlds team by virtue of a second-place finish in the 200 free, so she will not swim at Junior Pan Pacs and thus, Katie Grimes takes the second behind Bella Sims. Sims will potentially make the Worlds team as a member of the 4×200 free relay, so her status for this meet is up in the air.

why is Patrick Sammon listed on the Jr Pan Pac team with a birth year of 2003?
edit: Also, why are two potential members listed for 2Back, 2Breast, and three potential for 2Fly in JrPanPac?

On the mens side:

And that’s 13. Doesn’t include the second spots in the 400/800 going to Simone already on the team, Murphy winning the 50 bk, casas/Armstrong getting the other 100 bk spot, or kalisz doubling on the IMs.

Womens:
Some combo of Huske/Curzan/Douglas get in the… Read more »