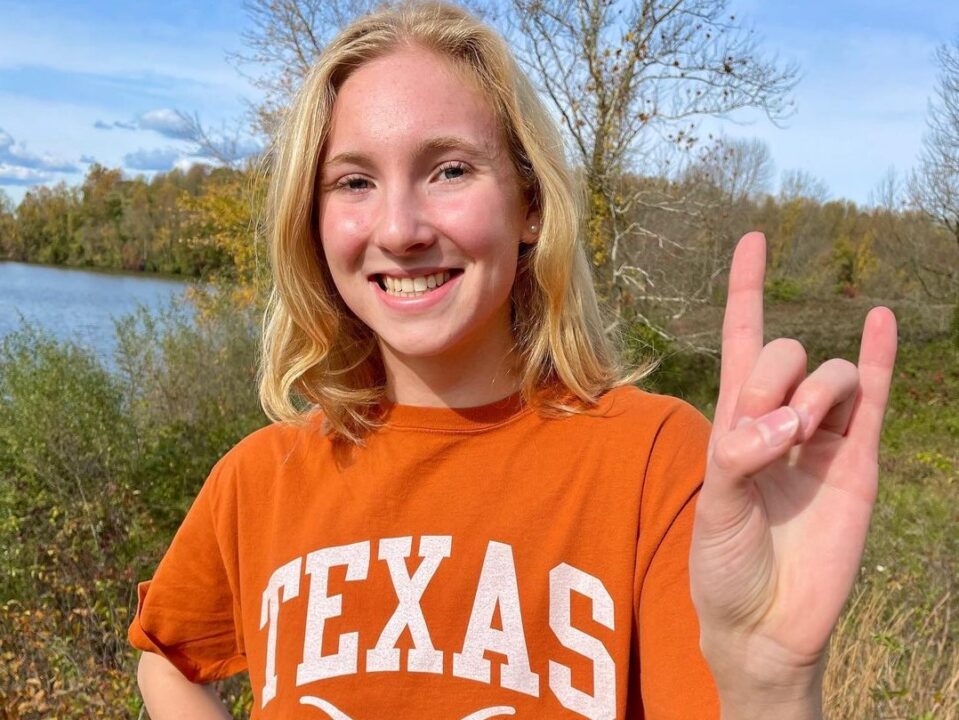 For Fulton, the time was a personal best, marking her first time under 28 seconds in the event. Stock photo via Alexa Fulton

The 4th prelims session of the 2022 YMCA LCM Nationals featured the 400 free, 50 fly, 100 breast, and 100 back. In the women’s 50 fly, Upper Maine Line Y’s Alexa Fulton led an extremely tight field, clocking a 27.84. For Fulton, the time was a personal best, marking her first time under 28 seconds in the event. Behind Fulton, Lakeland Hills’ Lily Hann swam a 27.90, followed by Farmington Valley Y’s Mackenzie Headley in 27.91, and Fanwood Scotch Y’s Clare Logan in 27.95. Phoenixville Y’s Kenzie Padilla also clocked a 28.08 for 5th this morning, touching just 0.24 seconds behind Fulton.

Lakeland Hills Y’s Finn Coogan Russell led the men’s 50 fly this morning by 0.43 seconds, posting a 25.01. That marked a huge personal best for Coogan Russell, who entered the meet with a best of 26.22.

One of the most high profile swimmers at the meet, Cumberland Y’s Daniel Diehl, swam the top time of the morning in the men’s 100 back, clocking a 55.80. Though Diehl’s swim this morning was 2.21 seconds off his personal best of 53.59, he still was able to post the fastest time in prelims by over a second. Given the 1:57 he swam in the 200 back a few nights ago, it’s possible Diehl has something big in store in tonight’s final of the 100 back.

ME Lyons Y’s Jack Grandy swam a personal best in the men’s 100 breast, leading this morning’s field with a 1:04.96. It was a lifetime best by just 0.18 seconds, but also marked Grandy’s first time under 1:05 in the event. ME Lyons also had Liv Geiger lead the field in the women’s 100 breast, swimming a lifetime best by over 2 seconds. Geiger clocked a 1:14.68 this morning, blowing away her previous best of 1:16.76.

Lakeland Hills’ Ela Habjan took a second off her lifetime best to swim the fastest time of the morning in the women’s 100 back, touching in 1:03.32.

Best of Luck to Alexa, Kevin, and all the swimmers!