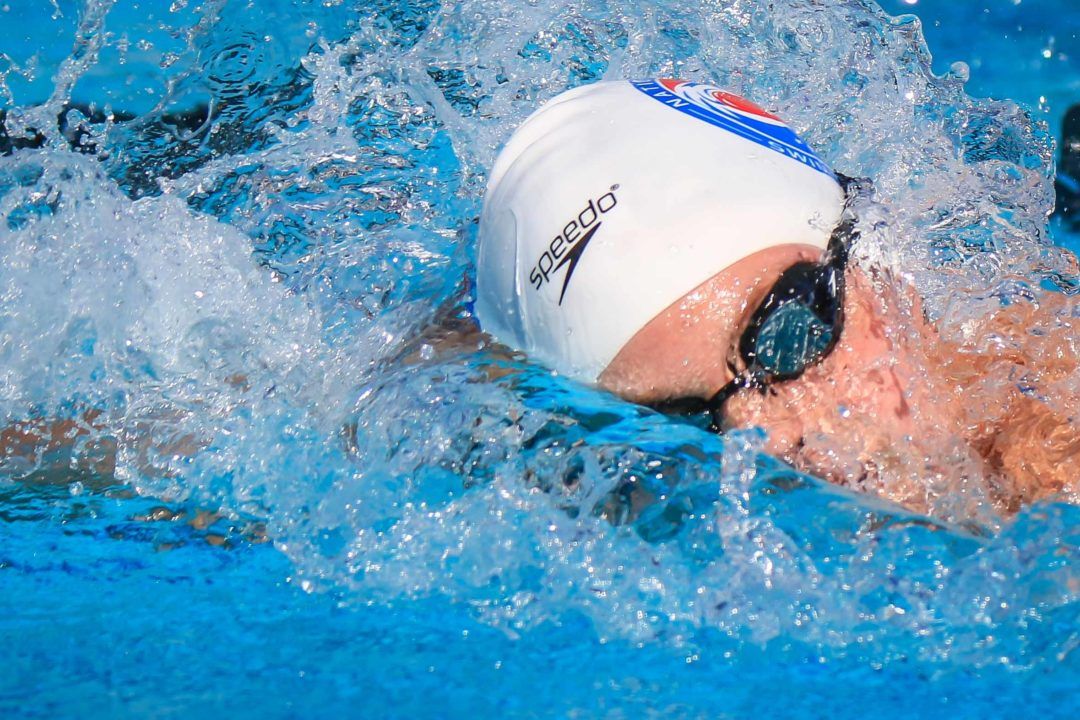 USA’s Erin Gemmell broke the lone meet record of the morning session on Thursday, going 54.42 in the 100 free. She is top seed headed into finals but Australia’s Milla Jansen and Olivia Wunsch also notched sub-55s this morning and will be gunning for the title. Thomas Heilman of USA led the morning qualifiers in the boys’ 100 free and will face stiff competition from Australia’s Flynn Southam in lane 5. Southam won the 200 free last night and was the top seed in the 100 free.

USA’s Piper Enge was the lone qualifier in the girls’ 100 breast with a sub-1:09 and is poised to give the Americans another gold medal. Yamoto Okadome of Japan put up the top time of the morning on the boys’ side but Singapore’s Nicholas Mahabir, who qualified second, had the fastest time coming into the meet.

Japan’s Mio Narita and Ei Kamikawabata dominated heats of the girls’ and boys’ 400 IM this morning with times that were more than 5 seconds faster than the rest of the field. They are poised to add another pair of gold medals to Japan’s total.

Swimming on either side of Gemmell were Australia’s Milla Jansen and Olivia Wunsch. Both improved on their morning swims, touching second and third, respectively, with 54.36 and 54.40. The Aussie pair trailed Gemmell by about half a second at the 50 wall but outsplit the champion over the second half of the race. Jansen came home in 27.66, while Wunsch went 27.82. While they put a good deal of pressure on Gemmell on the back half, they were not able to catch the new meet record-holder.

Flynn Southam of Australia took down his second meet record with an explosive 48.23 in the 100 free final. He beat the 2016 mark set by fellow Australian Jack Cartwright by .68 and lowered his personal best by .31. Thomas Heilman of USA, who had clocked the fastest time in heats this morning with a 15-16 NAG record of 49.06, seemed to get off to the quickest start. But about halfway through the first 50 meters, Southam moved to the lead. At the turn, he led by just over a tenth of a second with 23.79.

Southam was untouchable over the second half of the race. He came home in 24.44 to win by a body length. Heilman held on for second place, while Jamie Mooney of Australia took third with 50.19.

Isabella Johnson of Australia made an early move and turned with Enge at the halfway point. She was .25 ahead of Japan’s Kotomi Kato at that point, but she couldn’t match her on the back half. Kato came home in 36.29 to slip past Johnson and snatch the silver medal with 1:09.10. Johnson got her hand to the wall third with 1:09.36.

Australia’s Haig Buckingham was first out of the gates, getting out in front of the field at the 50 wall and turning at 28.59. Yamato Okadome, swimming in lane 4, was .14 back, while USA’s Zhier Fan trailed by .18.

Okadome came home in 32.6 and passed Buckingham. He earned the silver with 1:01.35. Mahabir got his hand to the wall just .07 ahead of Buckingham to give Singapore its first medal of the championship.

Narita dominated the breaststoke with a split of 1:18.18 and moved back into the lead, while behind her the deck was being shuffled. USA’s Kayla Han passed Suzuki and was beginning to challenge Jansen for second place. Han went 1:21.17 on the breast, outsplitting Jansen (1:23.97) and Suzuki (1:24.33).

Narita had about a 10-meter lead on the field after the first 50 of freestyle. Behind her it was a furious battle for second place. Narita came to the wall all alone with 4:36.79, while Han touched out Suzuki by .10 to take home the silver medal with 4:43.60. The 13-year-old Han moves up to #3 on the all-time list for 13-14 girls in the U.S., with another year in the age group to improve her position.

Ei Kamikawabata of Japan swam a dominant 4:15.23 to win the 400 IM by two body lengths ahead of USA’s Maximus Williamson and Riki Abe of Japan.

Katkiawabata established the early lead with a 57.88 in the butterfly. Australia’s William Petric and USA’s Cooper Lucas were about two-tenths back. Williamson surged to the lead over the next 50 meters and was up by a body length at the halfway point. He split his backstroke in 32.4/31.7 for a 1:04.1, by far the fastest in the field.

Kamikawabata took back the lead on the breaststroke leg, going 35.4/36.0 for 1:11.5 and putting several meters of clear water between him and the rest of the field. Petric moved into second place, while Abe passed Williamson in third place.

With Kamikawabata way out of reach, the excitement was in the battle for second place. Williamson passed Abe and was closing in on the second-place Petric at the 350 wall. In a furious sprint to the finish, Williamson and Abe both split 28.4s and left Petric in their wake. As they came to the final wall, Williamson held onto second place and finished with 4:17.58, a mere .38 in front of Abe.

Japan (Hinata Umeki, Misa Okuzono, Karin Ninomiya, Ruka Takezawa) was in second place on the first exchange, thanks to a 1:59.92 leadoff. USA was in third place with 2:00.01 from Kayla Wilson.

Meet record-holder Flynn Southam put Australia into the lead from the very first leg, leading off in 1:47.30, just .19 off his winning time in the 200 free on Wednesday night. From there, the Aussie quartet were able to stay in front of the pack until the end, despite a couple of challenges along the way from the U.S.

The Americans led off with Henry McFadden (1:49.49). Thomas Heilman followed with 1:47.98, cutting into the Australian lead. Maurer nearly caught Da Silva with his third leg of 1:48.03. Maximus Williamson, who had scored a silver medal in the 400 IM but a half hour earlier, anchored in 1:49.68

Both Australia and the United States bested the previous meet record of 7:16.42 from 2018.

I’m thankful to Swimswam to provide A-Finalists shortly after related heats are finished and could you please provide also B-Finals results? Livetiming is really bad and something interesting could happen as well as the two-per-country rule forces valuable athletes to compete there

Talk about deja vu. Shades of a 17 year old Katie Ledecky mowing down the Aussies in the women’s 4 x 200 meter freestyle relay at the 2014 Pan Pacific Swimming Championships with a relay split of 1:54.36!

Ledecky, sims and gemmell all split 1:53-154 this this year but not on the same relay/same meet (simple because gemmell didn’t qualify for worlds) the American women went from having the usual 1 swimmer split 153-154 in ledecky to legit 3 swimmers going 1:53-154

Who’s gonna be the 4th? Weinstein? Grimes? Anyone else I’m missing?

That would be amazing, and this relay potential has improved significantly for the US this summer. Australia has the same situation, in which their potential is higher than they’ve produced, which makes it quite interesting! Even though they smashed the world record this year, they had two legs of that race that weren’t best times and I expect them to lower that record in the next couple years. USA definitely on their heels though, producing 3 sub-1:55 splits! That’s a vast improvement from Tokyo. Should make for some good races!

The perfect relay coming together is harder than it sounds. Australia should theoretically be able to field a 1:52 mid, 1:53 mid, 1:54 low and 1:55 flat for a WR by over 4 seconds but it’s never even come close to coming together.

probably Emma and Madi? but I don’t think Emma will swim the 200 again

I really thought they were a chance at the Comm Games to throw down something huge. It was a stunning WR, but Wilson was almost a second off her PB and MOC was slower than her individual swim. If they can all fire at the same time, it would be a sight to behold.

MOC needs to lead off. I know it’s a small sample size, but she has swam this relay 3 times. The time she led off she swam a PB and WJR. Both times she has split she has been way slower than her individual.

I think her leading off is the best bet. We know she will likely be the fastest opening split, and she seems not to be a great chaser in the 200 when starting from behind.

MOC lead off and Timmy’s anchor is the solution!

Imagine if they were all in form and swam well?

Could’ve subbed in the lead off leg from their B relay who went a 1:49 and then filled in the B relay with Cooper Lucas i guess

Pretty difficult to decide between their fastest 200 freestyler and Enyeart. Australia’s anchor did also swim the 400 IM though (1:47 high split) 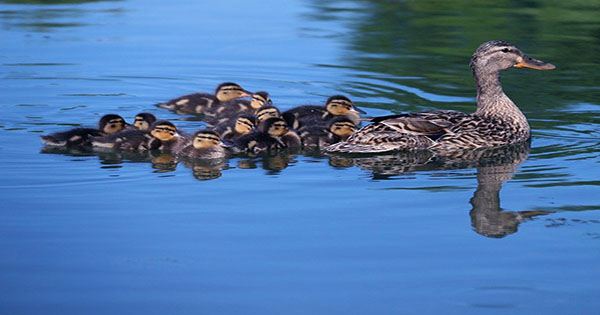