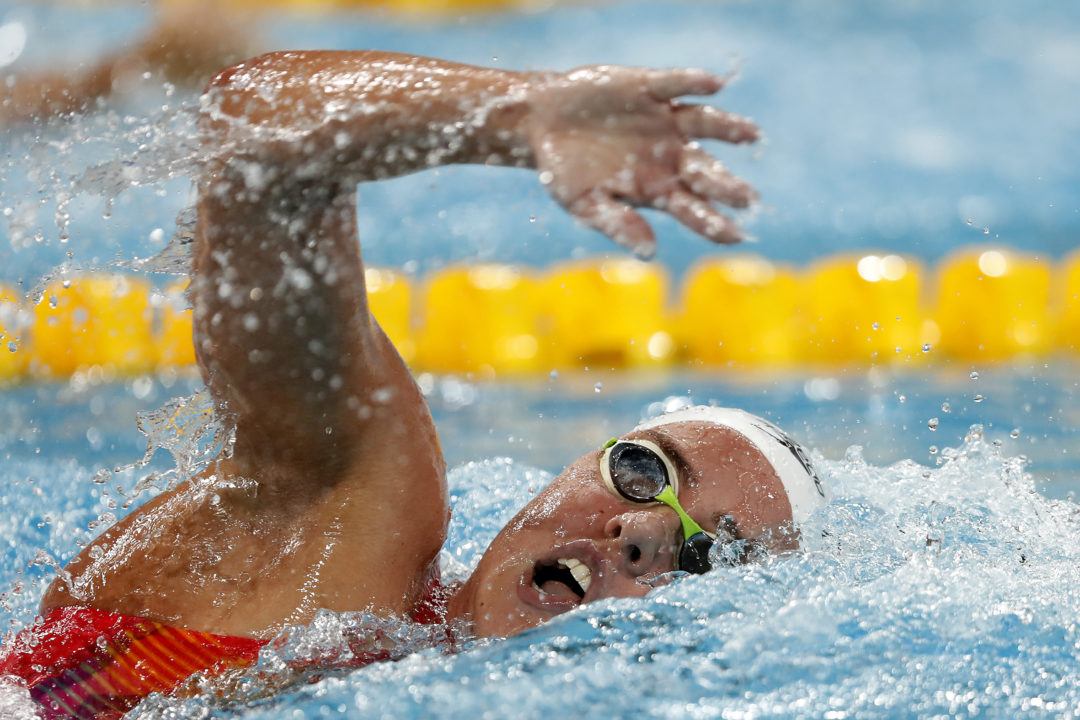 Viviane Jungblut broke a trio of Brazilian National Records and was the country's top-finishing woman at the Tokyo Olympic Games. Archive photo via Satiro Sodré/SSPress/CBDA

Viviane Jungblut broke a trio of National Records and was the highest-finishing Brazilian woman at the Tokyo Olympic Games, earning her our 2021 Swammy for South American Female Swimmer of the Year.

After testing positive for COVID-19 on the eve of the Brazilian Olympic Trials in April, Jungblut and a few other of the country’s other top athletes swam a two-day time trial meet in June to take a run at qualifying for the Olympic team.

With a spot on the Olympic team on the line, Jungblut annihilated that mark by over eight seconds in 16:14.00, punching her ticket to her first Olympics.

Cunha literally won Olympic gold in the 10k this year though?

0
0
Reply
The condors were robbed

Biggest one would be Balducinni who her 100 time from South American would have won Jr European.. and many old records broken by her (Such as Joanna Maranhao time from Athens where she placed 4th)