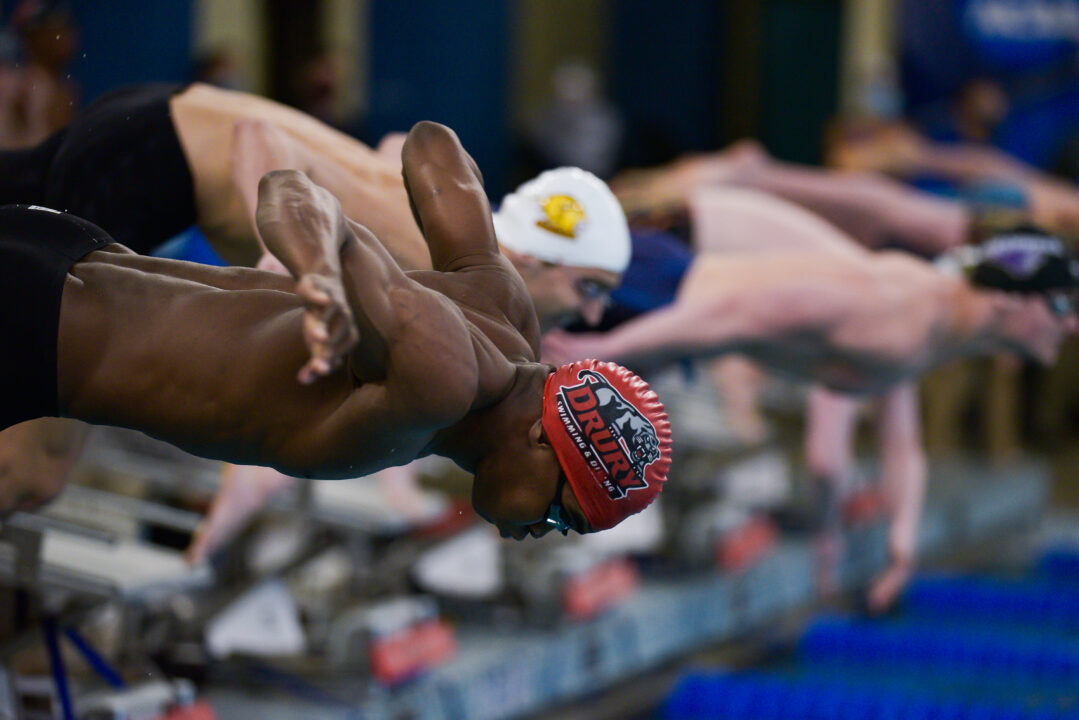 Queens University of Charlotte is in a strong position heading into Day 4 finals and will likely earn their sixth consecutive NCAA Division II team title. Current photo via The NCAA

It was an exciting morning in Birmingham with the 2021 NCAA Division II title on the line. Drury had pulled within 20 points of five-time defending champion Queens in the projected standings, and it looked like it could go either way. Drury inched closer after the 100 free prelims, outscoring the psych sheet by 7 points while Queens went up 3.5. The 200 back was a wash. But when the Drury breaststrokers failed to final in the 200 breast, the game was over. Barring DQs -and you know they’ll be extra careful with their relay takeoffs- Queens is poised to celebrate its sixth NCAA title in a row.

Behind the two leaders, UIndy looks safe in third place, while Lindenwood and McKendree are neck-and-neck for fourth. After Delta State, Wingate and Grand Valley are battling for seventh place.

The tables below include the top eight of the 1650 free by seed as “up” and the eight fastest out of heats this morning as “down.” Note: The two distance freestyle events are the only cases where “downs” could in fact score among the top 8, depending upon the performances of the eight fastest seeds in their final swims.

In past years, there are prelims for the relays (with the exception of the 4×200 free) in the mornings, but with the reduced field this year, the 2021 NCAA Division II Championships are swimming the relays as timed finals only. Therefore, the following projections include relays in the “ups” and “downs” by seed time.