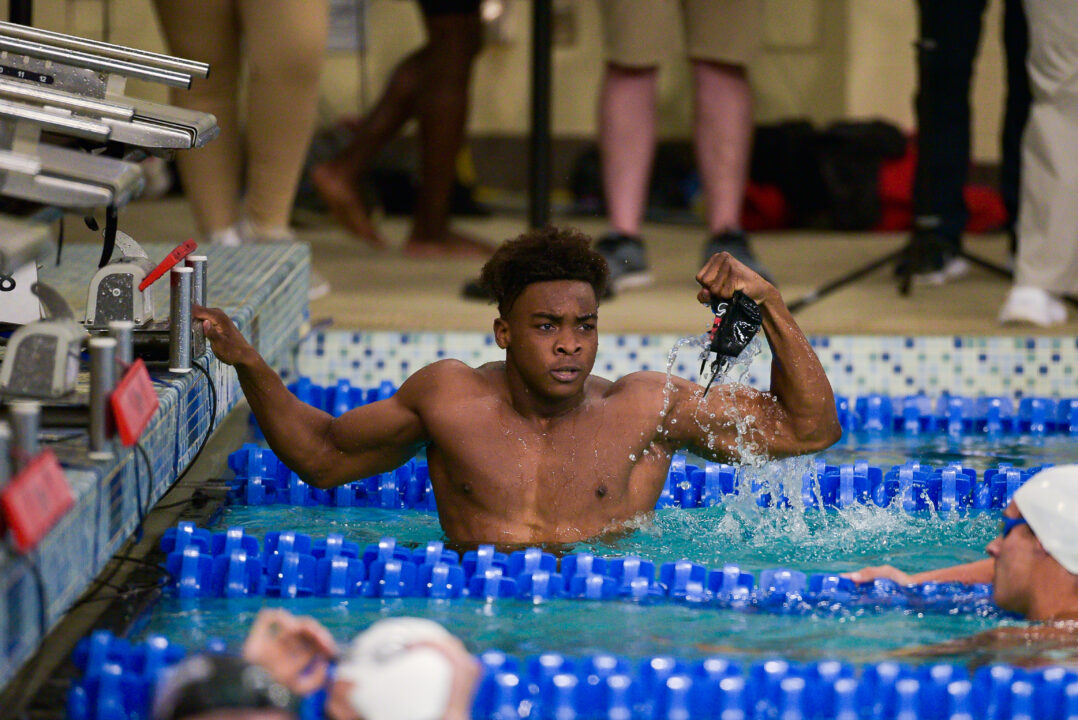 The battle continues between Queens and Drury, both past Division II champions, and both within striking range of the 2021 NCAA title. Current photo via The NCAA

As we begin to close in on the final sessions of the 2021 NCAA Division II Men’s Championships, the battle between past champions Queens and Drury is still alive. Queens had a huge day on Thursday, and scored about on par with expectations Friday morning. While the Royals gained 21 points in the 500 free, they had a few misses in the back, breast, and fly, including a DQ, to come out more or less as expected for the day. Drury was net 8 points in the red, owing mainly to the #1 seed in the 100 back failing to make the A final.

Florida Southern picked up 28 points on the morning, outscoring the psych sheet in everything but the breast. Delta State was up 16; Henderson State and Wayne State, 13 and 12, respectively.