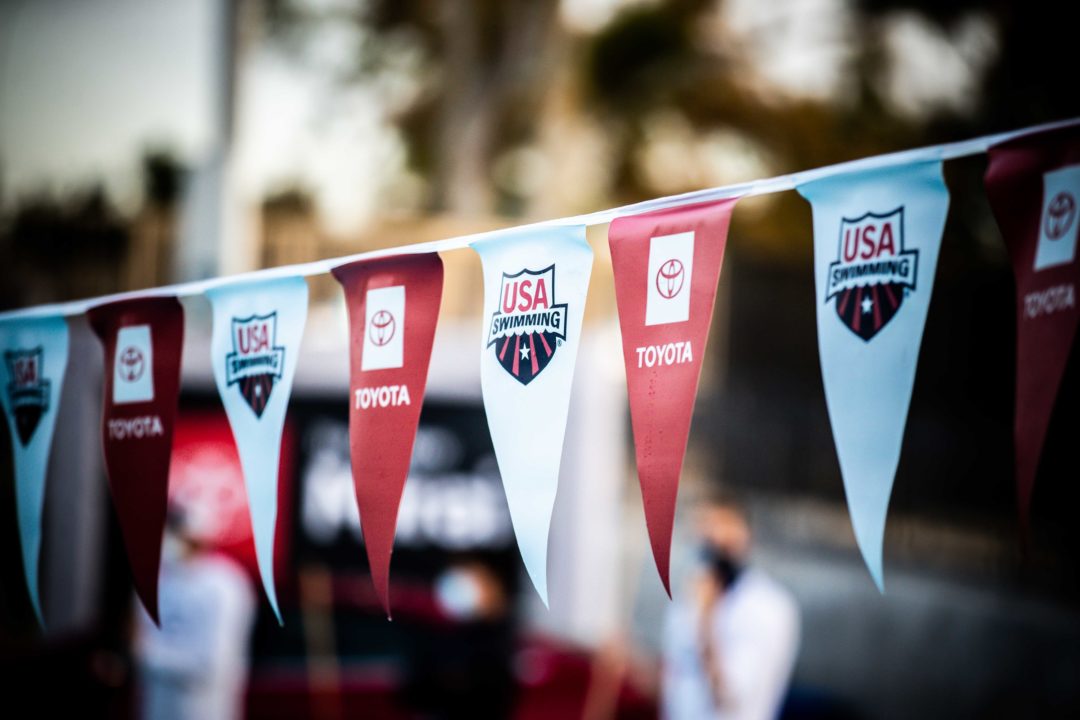 Having a hard time keeping up with one meet in nine locations? Check out Friday PM's swims of the session to give you a quick summary of the big swims. Stock photo via Jack Spitser/Spitser Photography

With the U.S. Open happening across nine different locations, there’s a lot of swimming to keep an eye on this weekend. Here’s just a few of the big swims from this morning’s action, and if you noticed something that we didn’t mention, feel free to offer your own suggestions and analysis in the comments.

Once again, some of the biggest storylines revolve about teenagers, many of whom don’t seem to have been thrown off their game too much by any training interruptions earlier this year.

In Greensboro, 16 year-old Claire Curzan not only shattered a NAG record, but she became the 3rd-fastest US woman ever with her 56.61 in the 100 fly. Meanwhile, in Richmond, teens Torri Huske and Kate Douglass put up a pair of 57-mids. All three women were under Huske’s previous meet record, a 57.48 from last year. This is shaping up to be a very interesting event for next summer’s Trials, to say the least.

Also in Richmond, 13 year-old Thomas Heilman followed up his stellar 50 free from this morning with an even better performance tonight, setting a 13-14 100 fly National Age Group record having only recently turned 13. 15 year-old Daniel Diehl had a couple solid performances as well, including moving to #8 in the 15-16 age group in the 100 back despite just turning 15.

We’re not going to cover every swim by a US National Team member here, but we’ll mention the ones who finished near the top of the combined standings, or had otherwise notable swims. Also, USA Swimming does not seem to have published combined results for the men from last night yet.

This meet was pretty sleepy until the teenagers started swimming fly and back.

Plus, the previous US Open meet record belongs to Torri Huske, not Claire Curzan.

Was a late night, thanks for the catch!