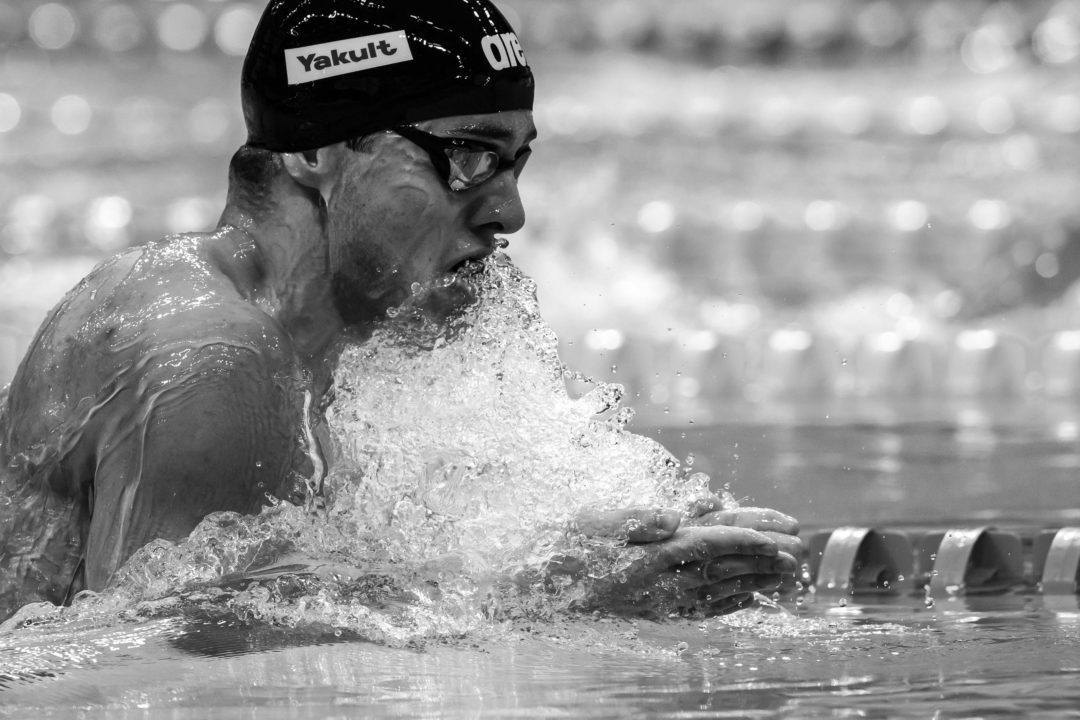 It will be another re-match between Iron Lady Katinka Hosszu and rising Canadian star Sydney Pickrem, where the finish was determined by four-tenths. While Hosszu has a superb front-half, Pickrem has just as strong of a back-half to not let the Hungarian get to far in the lead.

In the world rankings, Hosszu currently is 4th with her SB of 2:09.50 from the Kazan World Cup. Pickrem ranks 6th from her Shenzhen performance, just behind World No. 5 and Beijing racer Rika Omoto of Japan (2:10.61).

Also swimming in the race will be China’s Ye Shiwen, who took third last week at 2:12.35.

The top 3 fastest women in the 50 breast return to the pool as Italian Martina Carraro leads the world ranks with her Shenzhen winning time of 30.38. Carraro was also the winner of the 100 breast at 1:06.85, the 3rd-fastest time in the world.

American Molly Hannis (30.49) and Jamaican Alia Atkinson (30.63) were tenths off the Italian in the race, but are also 2-3 in the world rankings behind Carraro.

Finland’s Ida Hulkko will also contest in the race. In Shenzhen, Hulkko finished fourth at 30.83, just 0.01s off her World No. 6 season best of 30.82 from the Budapest World Cup.

In Shenzhen it was a tight race between SCM WR-holder Nicholas Santos and LCM WR-holder Andrii Govorov, determined by two one-hundredths of a second. Santos touched the wall first at 23.28 while Govorov finished at 23.30. Both times were good enough to rank 5th and 6th in the world.

It was a thrilling race to watch in Shenzhen as China’s Yan Zibei, who was the race’s early leader, got ran down by the Netherlands’ Arno Kamminga. The Dutchman’s efforts earned him the No. 1 time in the world with his winning time of 58.61. Zibei’s 59.02 time was also good enough to rank No. 3 in the world.

Currently, Rapsys holds the top time in the world at 1:45.50 from the Doha World Cup. Yang’s runner-up time was good enough to rank 3rd in the world.

After the ISL, it’s super hard to get psyched about this series. Sorry FINA, it’s kinda wack. Spring is for NCAA

it is not spring anywhere in the world.. Billions of ppl would like a mid winter trip to China & if top swimmers do not take it , it is their loss . Don’t go whining about no money in the sport .& this pays better than isl.