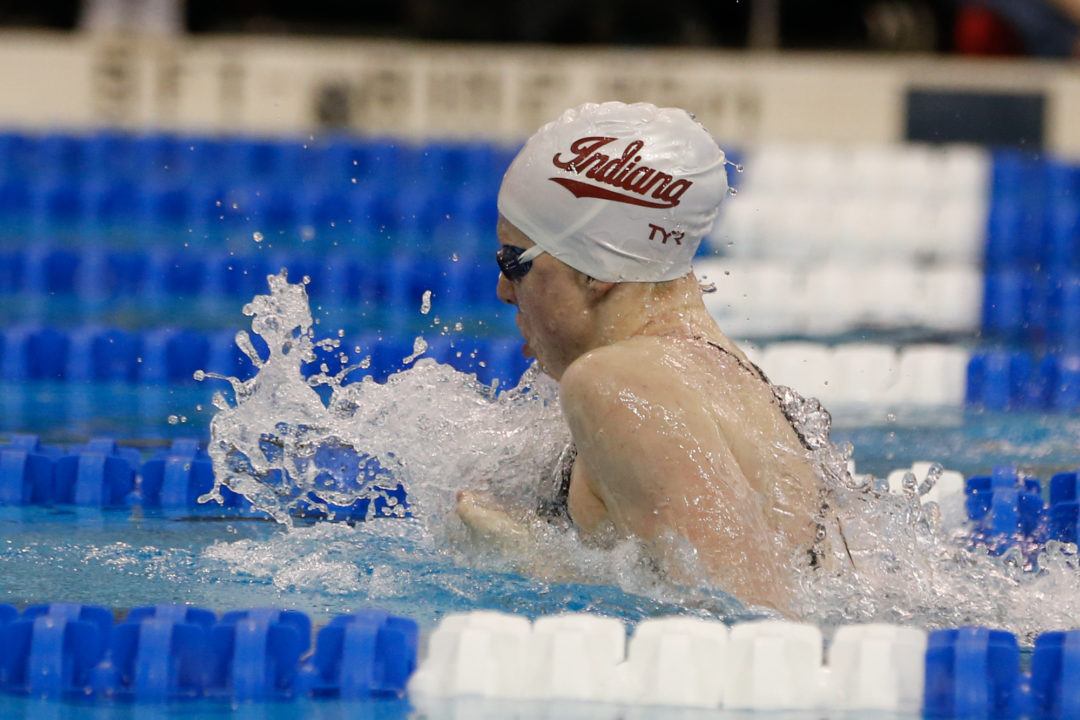 In finals of the 400 medley relay Thursday night, Indiana’s Lilly King broke her own record for the fastest 100 breast relay split of all-time.

King, a junior, split 25.88/30.14 for her time of 56.02. During the swim, she built a body length’s lead over Stanford’s Kim Williams, who went 58.89. Indiana would end up with silver as Stanford went on to win gold in American record fashion.

She’ll swim her individual 100 breast tomorrow. To put Thursday’s swim in perspective and compare it to her individual PR of 56.30 from the 2017 Big Ten Championships, we can subtract the reaction time from both her individual swim (.59) and her new relay split (.28), which yields 55.71 and 55.74. Thus, we might expect her to be within a very close margin of record pace tomorrow, if not under it.