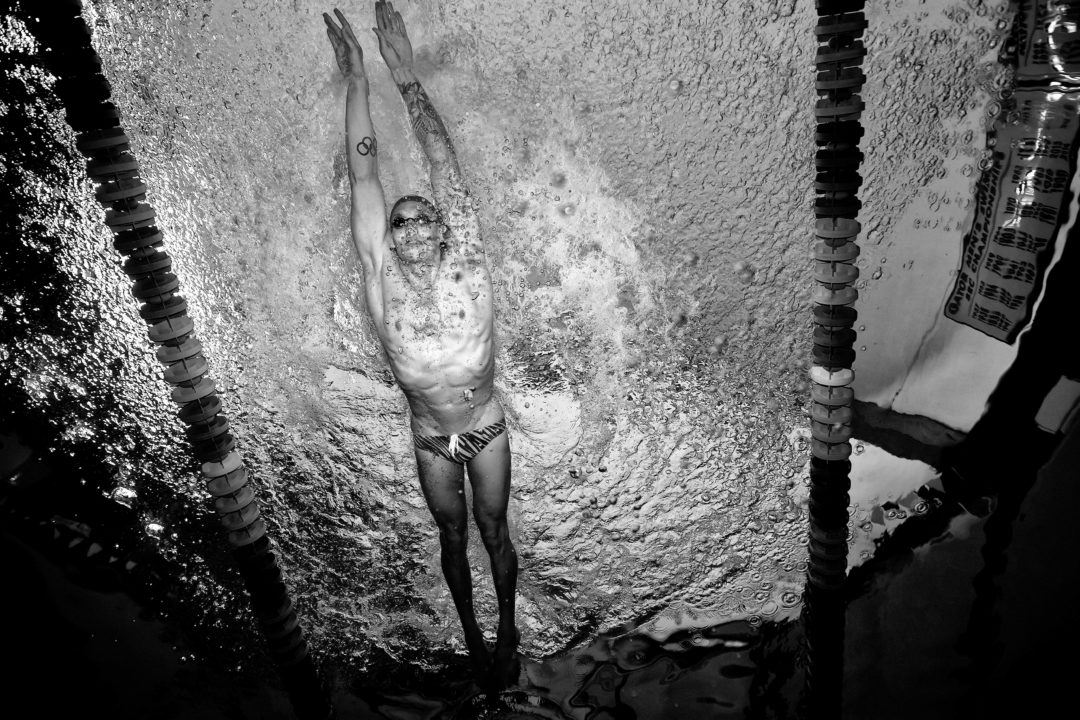 While it feels like American swimmers are still in the process of taking the stroke 50s seriously, all-around star Caeleb Dressel took this event to a new level (domestically) last year, downing the American record at the World Champs semi-finals.  We probably won’t know until the day of the event whether or not Dressel will actually swim it at Nationals;  it’s the same day as the 200 free, and he could opt to forgo it under the assumption that he’d be able to swim it at Worlds if/when he’s the fastest American in the 100 fly this year.  If he does swim it here, it’ll be his event to lose.

However, Michael Andrew actually has the top time in the nation this year.  His 23.16 puts him four-tenths ahead of Dressel, the next closest American.  Like Dressel, Andrew has a heavy lineup, but this is his only event for the day.  If Dressel doesn’t swim this, then Andrew becomes the favorite.  He finished 4th here last year.

Neither Cullen Jones nor Tim Phillips, last summer’s 2nd and 3rd place finishers at Nationals, are competing in this event this summer, but there are still plenty of contenders to fill in those spots.

Ryan Held, Justin Lynch, and Andrew Liang all just wrapped up their final NCAA seasons, and all men made the A-final here last year.  Held has been the fastest so far this season, 23.90 to Lynch’s 24.47 (Liang hasn’t swam it yet), but they should all be in the mix for A-final spots this year as well.  Chatham Dobbs didn’t swim this event at last year’s Nationals, but he had  consistently fast medley relay splits during the NCAA season.  On top of that, he’s been 23.73 this in season, a time that would’ve easily made the A-final and then tied him for 6th here last summer.

We haven’t seen either Matthew Josa or Tom Shields swim this event during the season, but they can’t be counted out.  Shields was 7th in prelims last year before scratching the finals.  Josa just missed out making the A-final, but his 23.73 won the B-final.  He sports a lifetime best of 23.52 from back in 2014, so he could be poised to drop some time this summer.

Both Tripp Cooper and Giles Smith are now several years removed from NCAA competition, but have been looking strong this season.  Cooper hadn’t done much over the past few seasons, but is seeded 4th here on the basis of his 52.1 in the 100 fly, and was known for having some great medley splits while swimming for the Longhorns.  Meanwhile, Smith has been 23.82 already this season, and should be a lock for the A-final.

John Shebat and Jack Saunderson rank 8th and 9th on the psych sheet (again, based on 100 times), and each is intriguing.  Shebat is known primarily as a backstroker in short course, but he has appeared to have focused increasingly more on fly in the long course.  Saunderson swims for the Division I mid-major Towson University, and has steadily improved in both short course and long course over his collegiate career.

Darkhorse: Tate Jackson is seeded way down at 41st, but he had a breakout college season, and if he nails his long course taper, he could do very well here.