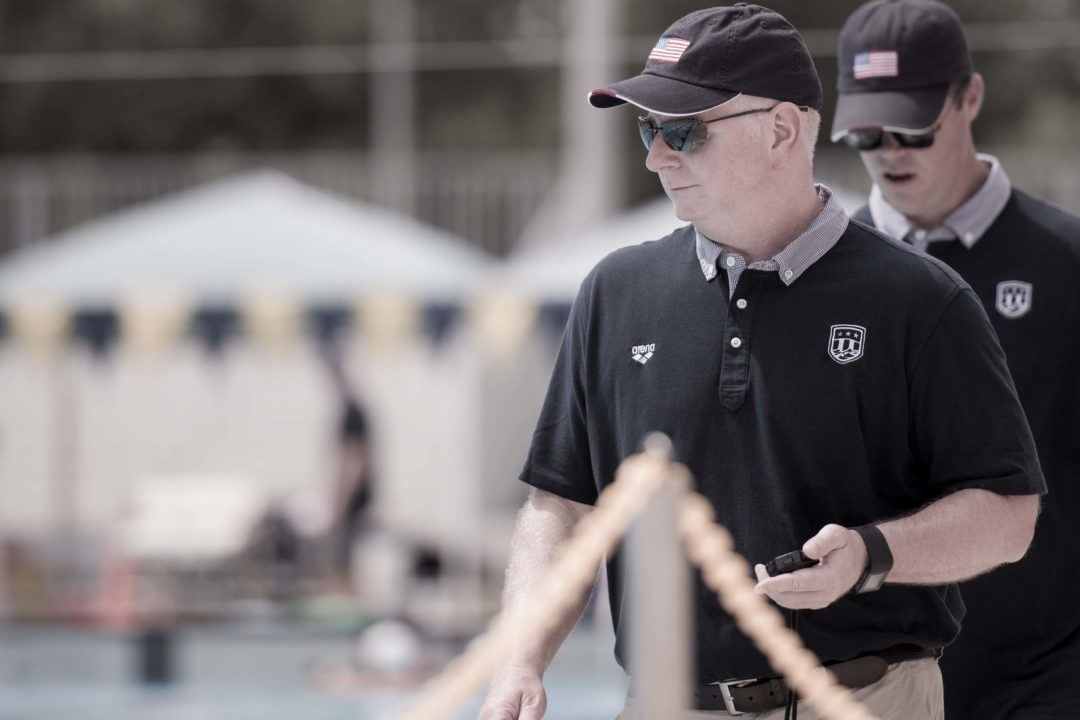 Arizona State University, the primary employer of coach Bob Bowman, has released a statement regarding a series of text messages sent from his phone to Olympic swimmer Caroline Burckle in 2011. The texts, which have not been published, are reported to have been “inappropriate and suggestive,” according to a letter from then-USA Swimming National Team Director Frank Busch. In an interview with the OC Register last week, Burckle described the texts as “disturbing.”

In their statement, Arizona State says that they first learned of the incident last week when they received a press inquiry, and said that at the time of Bowman’s hiring, that Busch, who wrote the letter of admonishment to Bowman in 2011, “highly recommended Mr. Bowman to ASU.”

After that inquiry was received, but before Arizona State responded (at least to SwimSwam’s inquiry), indicate that Bowman was interviewed by Ray Anderson, the school’s vice President of Athletics, and that Bowman confirmed that he was involved with the text messages. The statement says that Mr. Anderson “communicated to Mr. Bowman that the text message exchange was inappropriate and unprofessional and that no such incidents will be tolerated at ASU.”

Bowman as named the head swimming coach of Arizona State in April of 2016. In his two seasons with the school, the Arizona State men have finished 4th out of 6 teams twice, while the women’s team finished 6th and 3rd in 2017 and 2018, respectively.

Arizona State University learned through a press inquiry on July 19 of a complaint made to USA Swimming in 2011 regarding a text message exchange between the complainant and Bob Bowman when Mr. Bowman held a position with that organization.

ASU was not aware of this complaint at the time of Mr. Bowman’s hiring in 2015. In fact, in discussions with USA Swimming about the possibility of hiring Mr. Bowman, then USA Swimming National Team Director Frank Busch highly recommended Mr. Bowman to ASU.

Upon receipt of the press inquiry, ASU’s Vice President of Athletics, Ray Anderson, initiated a review of the matter including an interview with Mr. Bowman in which he confirmed his involvement with the text message exchange. Mr. Bowman also stated that he apologized to the complainant for the text message exchange in the presence of his supervisor, Mr. Busch. The review of this matter also indicates that ASU has not received any allegations of misconduct from ASU students, faculty or staff, or non-ASU affiliated individuals related to Mr. Bowman.

ASU strongly encourages anyone in the university community who has concerns about interactions with any faculty, staff or students to report those concerns to the Office of Student Rights and Responsibilities, the Office of Equity and Inclusion or to the ASU Hotline.

did they blame it on the tap water? or was it that ‘his account got hacked’?

And then they all transferred to Indiana…

Right??? 12 transferred out of that hole! Maybe Ray should instruct his pro’s to stay off swimswam.

Maybe USA Swimming should not hire him for the national teams. Zero tolerance for bad behavior from their coaches. No second chances.

he still the best swimming coach ever.

I wouldn’t even put him in the top 5. There are many people who have had more success with a multitude of swimmers and not just a select few.

Euhhhh NO , he is not . Eddie is way older in the game …and has put more Olympians on the map .

Throwing glass at sin stones… or something like that. Zero tolerance? Even our criminal justice system is based on rehabilitative and punitive. If we judge everyone on every bad decision they’ve ever made, there would be very very… very few people who’d live up to that standard.

On a free for all media board where folks can vent their inadequacies of course some of the comments will be cryptic. Glad that you point out that no one is without brokenness.

Not when you work with kids and in the Larry N. era.

Yes, let’s not get to high up on the soap box here. How many people can honestly say they haven’t done something stupid during their careers outside the office/business hours that if made available to the public would look bad?

nobody can claim having done nothing wrong …..simply because the human nature is made of making mistakes , corrections , amendment and go on with life .

I think NotSwimSwam has a pic of it

I think that tweet from NotSwimSwam was a joke…