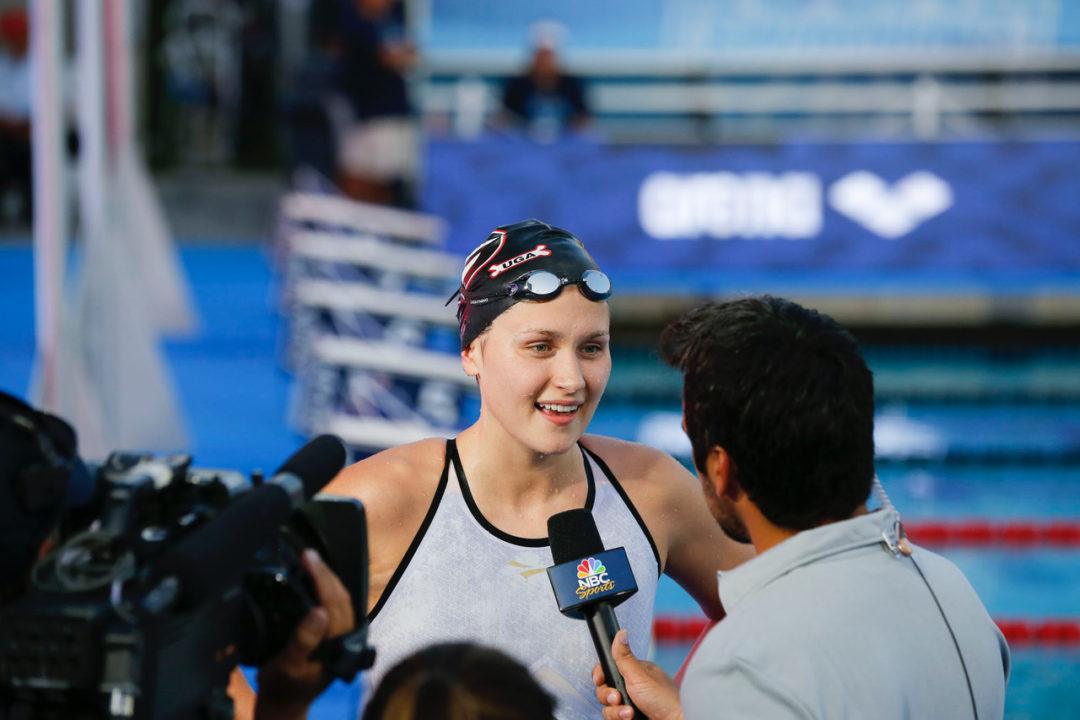 Olivia Smoliga opted out of the B final of the women's 50 free on the final day of competition at 2018 U.S. Nationals in Irvine. Current photo via Tim Binning/TheSwimPictures.com

Not surprisingly on a day with 50s on the program, there were a number of swim-offs after prelims. But not everyone who tied in heats made the decision to continue to jockey for position. In the women’s 200 IM both Julia Poole and Zoe Bartel went 2:15.49 this morning to tie for 16th place. Bartel declined the swim-off for lane 8 of the B final and scratched the event altogether, moving Allie Szekely and Meaghan Raab, who tied for 18th, up to the middle two lanes of the C final.

Olivia Smoliga tied for 13th out of heats in the 50 free with 25.37 but scratched her spot in the B final, leaving room for Veronica Burchill to move up a place and take lane 8 in tonight’s consolation final.

In a slightly more convoluted scenario, Anthony Ervin beat Adam Koster, with whom he had tied in heats going 22.74, in a swim-off for 17th place. There were no scratches among the first 16 finishers so the two were effectively battling for leadership in the C final, when all was said and done. Although Ervin won the swim-off 22.68 to 22.81, he scratched the C final leaving Koster full possession of lane 4.

LOL Tony Ervin just showed Koster who the boss was

Can’t believe there is no mention of Adam Chaney’s 22.5 50 free. Third all time behind dresses and MA!