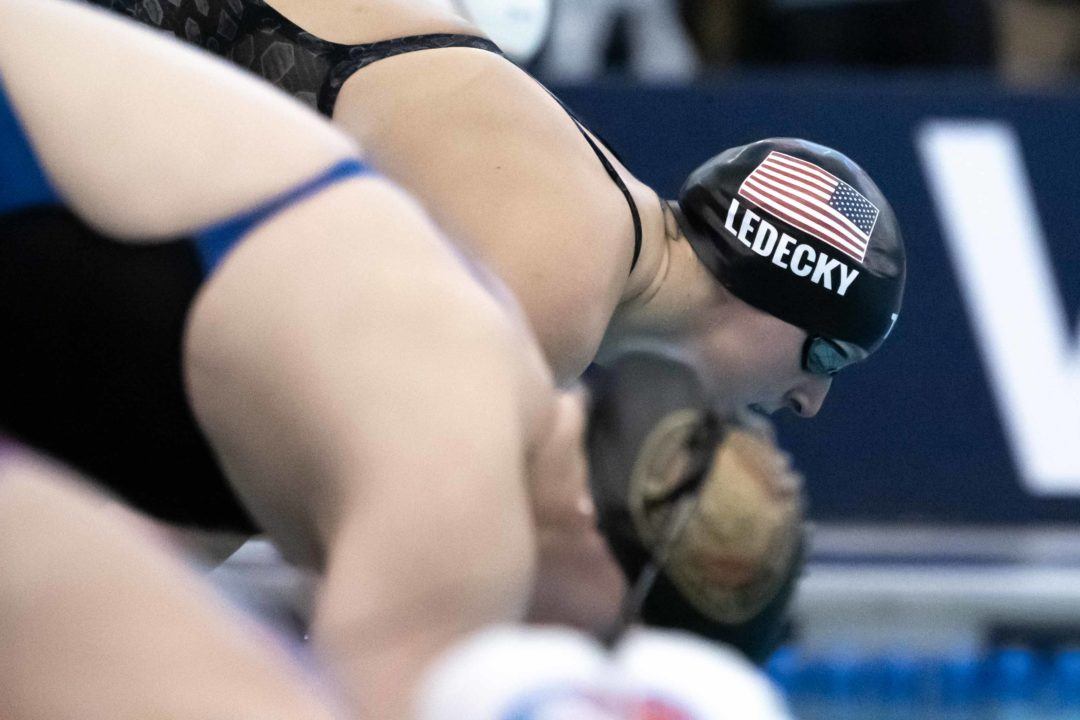 Often a victim of sky-high expectations set by her historic track record, Ledecky had arguably her quietest year since bursting onto the international scene in 2012, and she's still the world's top female swimmer. Archive photo via Mike Lewis/Ola Vista Photography

Ledecky finished the year with three world-best times in long course meters – more than any other woman – as well as the second-best time worldwide in the 200 free. She bagged three golds, a silver and a bronze at the Pan Pacific Championships, sweeping the 400-though-1500s freestyle and only fading to bronze in what was a brutal 200 freestyle field with Ledecky coming off the 800 free earlier in the session. And while Ledecky did only go 1:55.15 in the individual 200, her field-best 1:53.84 split on the next day’s 4×200 free relay showed that a fresh Ledecky is still a match for anyone in the world in any freestyle distance 200 meters or more.

Ledecky was also one of just three women to set individual long course world record in 2018, doing so with a smashing 1500 free way back in April. Ledecky’s 15:20 sits more than 18 seconds ahead of the #2 performer in history, and she now owns 9 of the 10 fastest swims in history in the newly-minted Olympic event.

Ledecky is a beast!

KL’s 1500, IMO, is the most under appreciated WR in history. Her first 800, 8:11+, and her back 800, 8:10+ are both dramatically better than the 2nd fastest 800 (person other than KL) in history. She double dominated the next lower distance that is contested. I don’t think there has ever been a performance even in the ballpark!

It surprises me that Ruck gets the nod over Ikee for the World female Junior swimmer of the year, but Ikee gets honorable mention here while Ruck doesn’t. I’m assuming the Swammy awards reflect the entire site, and not just the opinions of that author, correct?

World athlete of the year.

Nope, Simone Biles rightfully has it over her there