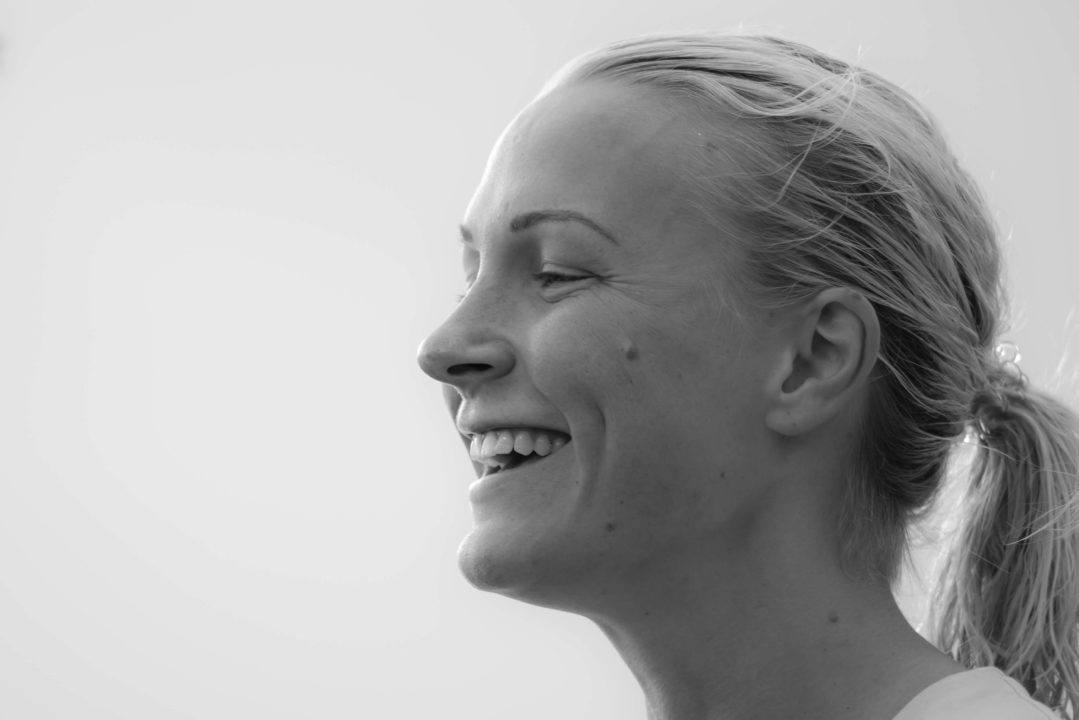 To see all of our 2017 Swammy Awards presented by TYR, click here.  2017 EUROPEAN FEMALE SWIMMER OF THE YEAR:... Archive photo via Mike Lewis/Ola Vista Photography

She’s made us type out a bunch of ‘ö’s this year, but darn it, it’s been worth it.

Sarah Sjöström is our European Female Swimmer of the Year, and if you’re tired of hearing about her, too bad. We’re not done talking about her. She threw down big swim after big swim, never needing the spotlight of a major international championship meet to produce electrifying performances. Take a quick look back through some of her highlights this year:

Sjöström finishes 2017 with 5 new European Records (7 total) and 3 new World Records (6 total). She won three golds and a silver at the 2017 World Championships, and won two golds and two silvers at the 2017 European Championships, in addition to an evasive relay gold in the 4×50 medley relay and a silver in the 4×50 free relay. She’s the fastest sprinter ever, and her versatility in both freestyle and butterfly make her a deadly force.

How does Sjöström’s two golds and two silvers beat Hossu’s 6 gold at the 2017 European Championships? That is why it is hogwash.

I am with you.

Get it right. Hosszu got 6 gold medals for 6 events entered at the 2017 European Championships where Sjöström got two golds and two silvers. Not even close.