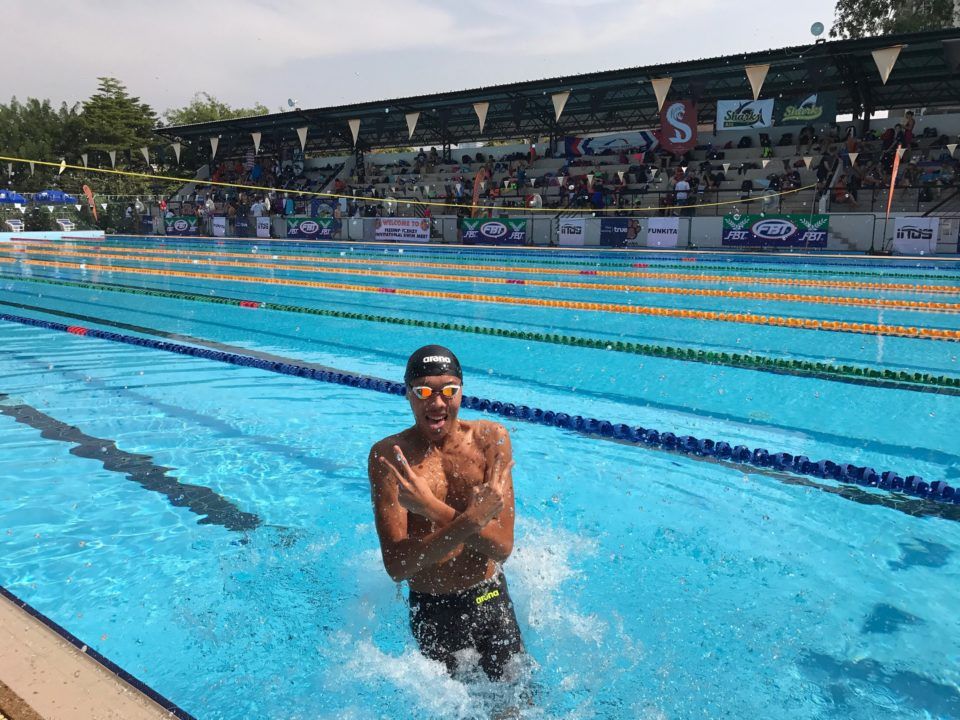 Jérémie Luong, a French-Vietnamese swimmer from Ho Chi Minh City, Vietnam, has announced his verbal commitment to the University of Michigan’s class of 2022. Current photo via Jérémie Luong

Luong attends the British International School, Ho Chi Minh City. He swims for HCM City and is a member of the Vietnamese National Team. Luong specializes mainly in IM, fly, and sprint free. He won 2 golds and a silver at the Vietnam Short Course National Championships in March, and 3 golds and 2 bronzes at the National Age Group Championships in Dong Hoi, Quang Binh, in May.

Luong has made impressive leaps over the last year. Below are his best LCM times: