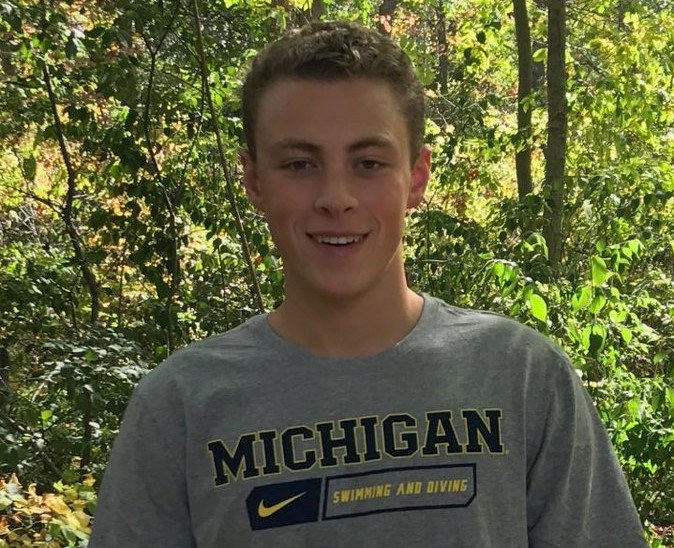 Ann Arbor, Michigan’s Michael MacGillivray has verbally committed to the University of Michigan for 2018-19. MacGillivray attends Skyline High School and swims for Club Wolverine, so he is no stranger to the Canham Natatorium.

“I’m so excited to announce my verbal commitment to swim at the University of Michigan! #GoBlue 〽️”

A USA Swimming Scholastic All-American and Academic All-State honoree, MacGillivray is captain of the Skyline boys’ swim team. He played water polo for two years in addition to swimming. At Michigan he will integrate a breaststroke group whose core is composed of current sophomores Jeremy Babinet, Tommy Cope, Jacob Montague, and Charlie Swanson.

He will join the Michigan class of 2022 with verbal commits David Cleason and Will Chan.

I’m so excited to announce my verbal commitment to swim at the University of Michigan! #GoBlue 〽️ pic.twitter.com/JZBDFFTsf9

Congratulations, Michael, on your choice. We in Kiawah Island are very proud of you!