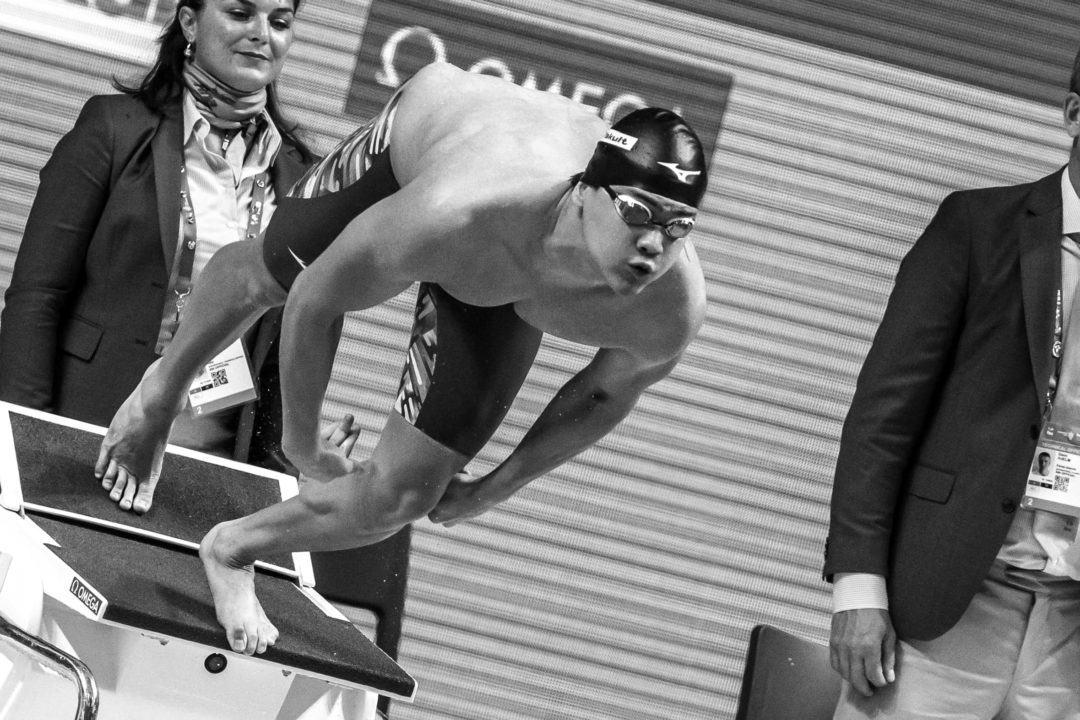 Just 122 swimmers are entered in the 2020 Haguenau Autumn meet in France this weekend, but one of them is 34-year-old Amaury Leveaux.

“Commit Makes workout management with a staff much easier.”

“COMMIT MAKES WORKOUT MANAGEMENT WITH A STAFF MUCH EASIER.” Your job as a coach is hard. You have a jammed…

Olympic champion Joseph Schooling was back in the pool winning hardware today in Kuala Lumpur, teaming up with his countrymen to take gold in the men’s 4x100m freestyle relay. Schooling was joined by Darren Lim, Danny Yeo and Quah Zheng Wen to clock a collective time of 3:17.85 to top the podium in a new Games and Singaporean national record. The previous record stood at 3:19.59.

Immediately after the race, Schooling stated, “It’s a great feeling. I just tried to do my best for the team, tried to get them ahead. These guys did the bulk of the work, so a huge kudos to them. I’m glad we could get a new record and win.” The 100m butterfly gold medalist from Rio already won the men’s 50m butterfly event last night in Malaysia. Note: Individual relay splits for the field were not available as of original publishing.

Vietnam’s Nguyễn Thị Ánh Viên doubled up on her 100m backstroke victory from last night with a win in the 200m distance during tonight’s finals. Nguyễn won tonight’s 200m back by a margin of just under 5 seconds as the 20-year-old notched a gold medal-winning time of 2:13.64 to easily top the podium. Tonight’s outing marks the Vietnamese athlete’s 3rd consecutive gold in the event.

Nguyễn wasn’t done collecting medals on the night, however, as another gold came her way in the women’s 400m freestyle event at the end of the night. Touching in 4:10.96, Nguyễn added a 3rd gold to her 2017 haul. The next closest swimmer in the 400m free event was Thailand’s Ammiga Himathongkom, who improved upon her bronze from 2015 with a silver tonight in 4:15.54.

Thailand’s individual gold medal came in the form of Nuttapong Ketin, who was able to hang on and charge to the wall ahead of the 2015 champion and teammate Radomyos Matjiur in the men’s 200m breaststroke. Ketin got his hand on the wall first in 2:14.35, while Matjiur was next in line with his silver medal-garnering 2:14.96. Malaysia’s Daniel Lim earned bronze in the 200m breaststroke race tonight in 2:15.77. Of note, Ketin had tested positive for Clenbuterol in May of 2015 and wasn’t able to participate in that year’s edition of the SEA Games.

Impressive racing was seen from Singapore’s Roanne Ho, the national record holder who suffered a collapsed lung in January of 2016, only to then suffer from a shoulder injury last summer. Ho was back in the pool tonight, however, collecting her 2nd consecutive 50m breaststroke title, lowering the GAmes and Singaporean national record in the process.

Of tonight’s victory, Ho said, “It is one of the best things that’s ever happened to me in my life. This time last year I wasn’t even swimming. To be here a year later, winning gold for my country, it’s just unbelievable.”

Finally, with Schooling focusing just on sprints at this year’s SEA Games, his countryman Quah Zheng Wen took full advantage in the men’s 200m butterfly event, winning comfortably in the only sub-2 minute time of the field. Zheng Wen touched in 1:57.95, with the next closest competitor Tia’a Faang Der of Malaysia earning a time of 2:01.04 for silver, just 02 ahead of Thailand’s Navaphat Wongcharoen who touched in 2:01.06.

23 August seems like it will be a golden night for Singapore Swimming. Expected to win 5 golds out of 6 offered if the upset by the Thais in the womens 4×200 relay doesnt happen. But the other 4 events are looking strong

I’ll say the concern is valid, as the quartet only roar home 2 years ago when Ting Wen swam the only sub-2 min leg to take the gold away from Thailand. Most likely it will be the same quartet for Singapore, not so sure about Thailand. Guess it will be a close fight again.

We barely won at the last Games, and was trailing Thailand by 1.5s going into the last leg. It took a stupendous swim from Quah Ting Wen to overhaul Thailand. And Thailand has two medalists in the 400 Free which suggests they can go down to the 200 Free, plus open water swimmer Benjaporn.

We need both Quah sisters to split 2:00 minimally, and for the other two girls (likely Christie Chue and Rachel Tseng) to split 2:03. To add to the woes, the relay would be Quah Ting Wen’s 3rd event of the day; I hope she can recover fast enough to split the necessary low time we need

But take into consideration that now Quah Jing Wen has become a lot stronger, and that could just be the key to beating the Thais, who don’t look as good due to the fact that they are not producing younger, better swimmers

Yup. Looking forward. I am thinking what time will Schooling go for his 100 fly. Maybe 51+ ?

Welson Sim from Malaysia split an anchor leg of 49.36.

Schooling can go faster for sure.

It also depends on whether Joseph and Zheng Wen want to be swimming relays at the Olympics when they have huge shots at their individual events. Remember at the 2014 Asian Games (and 2015 Worlds), Joseph did not do the freestyle relays because he hadnt completed his own individual events then. If indeed we try, the team could be obviously the two men, Darren (though he needs to be able replicate his swims at small meets on the big stage), and if Danny has retired by then, we have two young boys now Darren Chua and Jonathan Tan already at low 51s flat start. We’ll see also if relay beast Clement Lim is truly retired after failing to make SEA… Read more »

Schooling is not in his 2015 and 2016 shape. He’s carrying more mass than usual. He looks less lean and more muscular.

Hmm.. ya his body is huge and bulky. Hopefully he gets to top form next year.