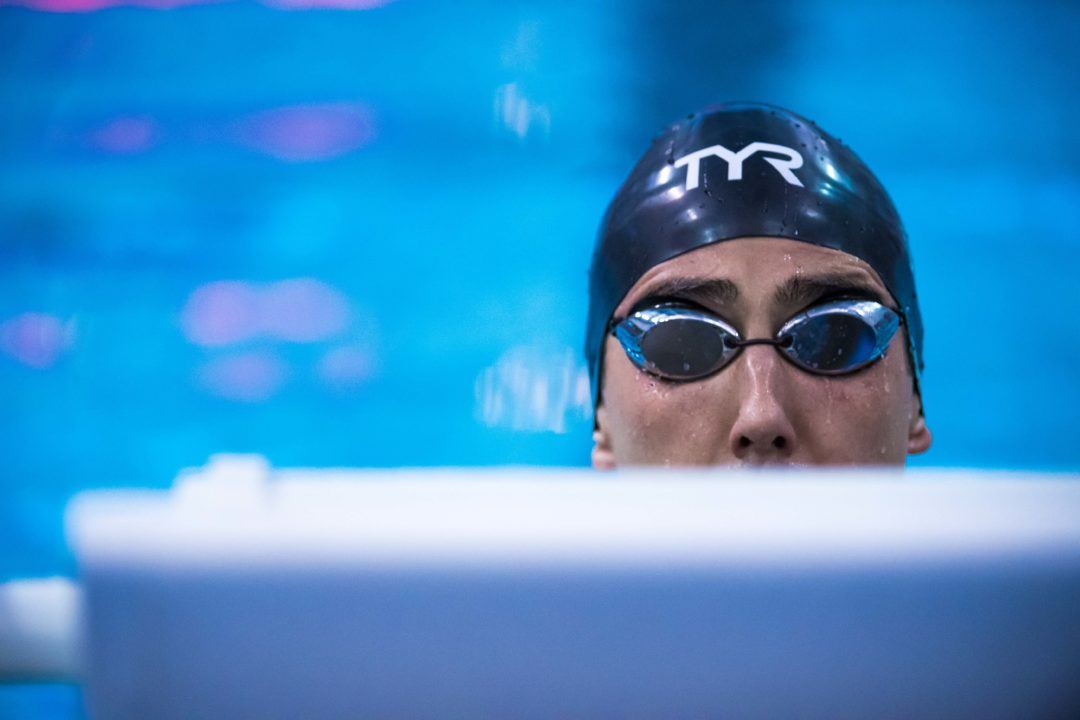 Pebley has qualified for the 2019 World Championship team in the 200 back, and will spend at least his next year of preparations training in San Diego. Archive photo via Mike Lewis/Ola Vista Photography

The club is based out of UCSD, where Pebley’s wife Nikki is currently attending medical school.

Pebley had been training with the post-grad group under Dave Durden at his alma mater Cal, where, among others, he swam daily with the defending Olympic Champion in the event, Ryan Murphy.

At the recent 2018 Pan Pacific Swimming Championships, Pebley won the B-Final in the 200 back. He fell to that heat after being the 3rd-fastest swimmer in prelims (1:55.95), but because the two swimmers in front of him (Murphy and Austin Katz) were also Americans, by rule, he was moved to the B Final.

Pebley’s 1:55.68 from Nationals still leaves him as the 2nd qualifier for the U.S. team for the 2019 World Championships.

Pebley isn’t the only Cal Bear who will be making the move south. Cal alumni Chris Rogers, who spent the last 4 years as the Junior Aquatics Manager at the Olympic Club in the Bay Area, will join Team Elite – San Diego as an assistant coach.

I think they are married? (Not just fiancé)

he got married last summer

it is a smart move, professionally, and obviously personal…