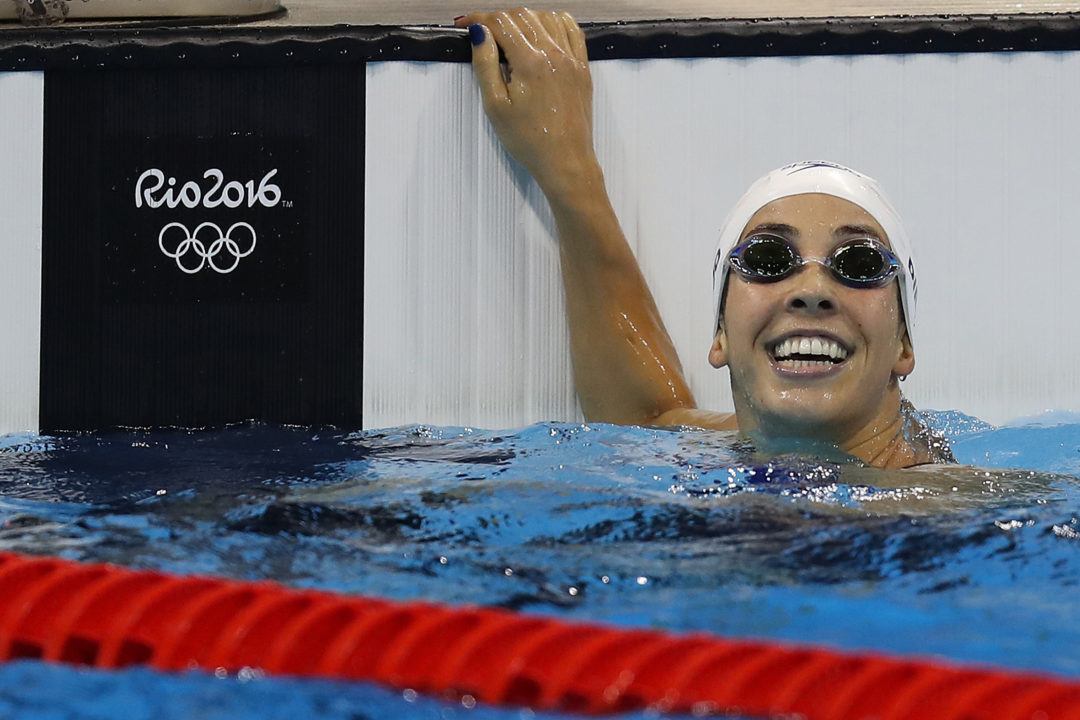 Leslie Jones loves Maya Dirado-- though she has referred to her as both "Myra" and "Mia" today. Current photo via Simone Castrovillari

SNL’s Leslie Jones has been live-tweeting during all of NBC’s coverage of the Olympics, and she has been on fire. According to AV Club, she’s “the Olympics commentator the world desperately needs.”

There is typically plenty of griping over Olympic commentating and mainstream coverage, and while Jones is not the person to follow if you’re a stickler for hard-core facts and general accuracy and swimming know-how, that’s actually what makes her live-tweeting so darn funny. See for yourself:

The only problem with me learning to swim is getting into booty water. Everybody booty is in the water I don't want my face in that. Sorry

It’s cleaner than their ocean water, I promise.

I don't know how to swim Myra but I will learn!! Lmao GO GO GO GO TEAM. USA!! pic.twitter.com/GMcoIGm3Ys

It it so much funnier to start every event with her telling us right beforehand. Thanks, Les!

Ok I don't appreciate her husband but whatever pic.twitter.com/vmjdSREdmW

There is so much more, and we didn’t even include the much more profane tweets that she’s been firing off so far (which are definitely funnier). Follow along for the rest of the Olympics (@lesdoggg), or as long as she decides she wants to tweet, and get your fix of hilarious live-tweeting that we at SwimSwam honestly cannot provide for you (we’re not that funny).

Below, check out some of the other funny/cool/interesting/relevant tweets we noticed today:

Who wants to see this in the future? Blessed for swim cap @lgsmith19 Good luck! #USA #RioOlympics2016 @teamusa pic.twitter.com/rA3iM6qPr1

Steelers’ WR (which means wide receiver in American football, NOT world record) Antonio Brown is thankful for his swim cap. American medal hopeful Leah Smith is from Pittsburgh, and we can thank her for this football-swimming connection.

Mack Horton, tonight’s 400 free gold medalist, with his idol the legendary Grant Hackett. Reminiscent of that picture of young Phelps and young Ledecky!

I'M SO PROUD ???????? first Olympic medal for Canada this games, & first female swimming medal in 20 years! what a moment pic.twitter.com/oc9XQImBlO

Canada snuck in for bronze in the 4×100 free relay, an iconic moment as the nation’s young stars look to make a big statement. This is Canada‘s first female swimming medal since Marianne Limpert scored a silver in the 200 IM at the 1996 Olympics.