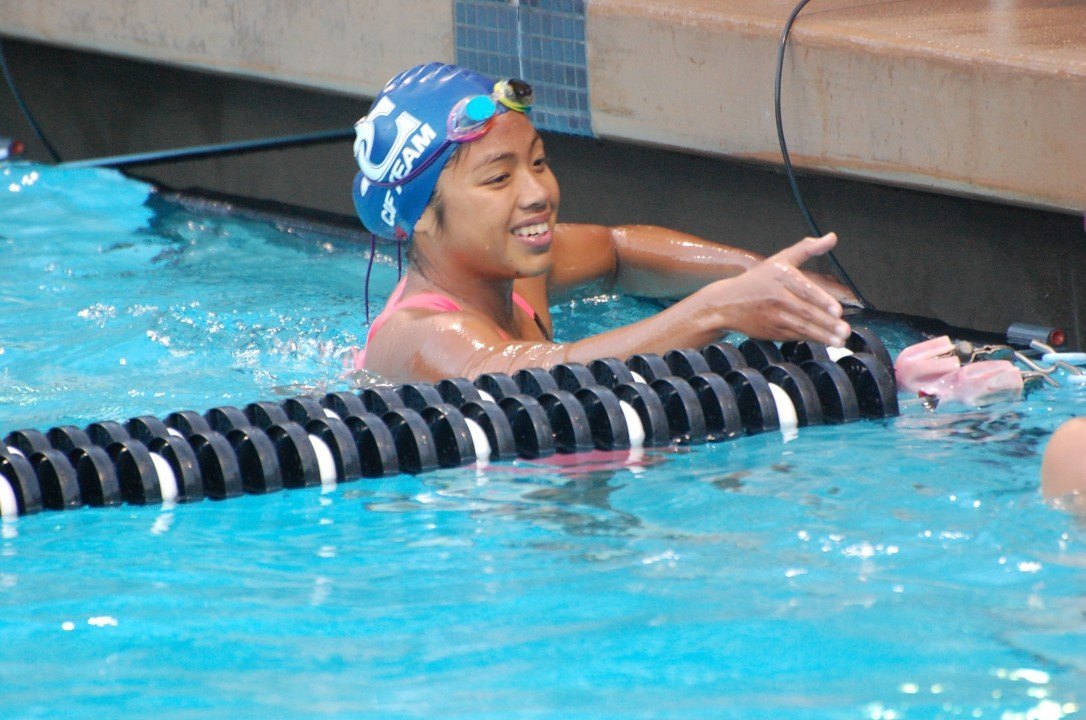 Sierra Canyon junior Deanne Umbay is looking to defend her 200 IM and 100 back titles at the CIF-SS Division III finals on Thursday afternoon. Archive photo via Anne Lepesant

The Poly Pasadena girls and Gabrielino boys led the standings after the preliminary session of the CIF-Southern Section Division III (smaller schools) Championships on Wednesday afternoon. In the girls’ meet, Marlborough and Mark Keppel had successful prelims performances, while Camarillo and Walnut didn’t do as well as expected. Walnut had a tough afternoon in the boys’ meet, too; their psych sheet seedings put them out front by a large margin, but now they sit alone in second place, about 50 points behind Gabrielino and 40 ahead of the next wave of teams competing for third place.

Nipomo freshman Wyatt Marsalek qualified first in the 500 free with 4:35.27. Valencia (Placentia) junior Jacob Christensen led the field in the 100 breast with 56.72.