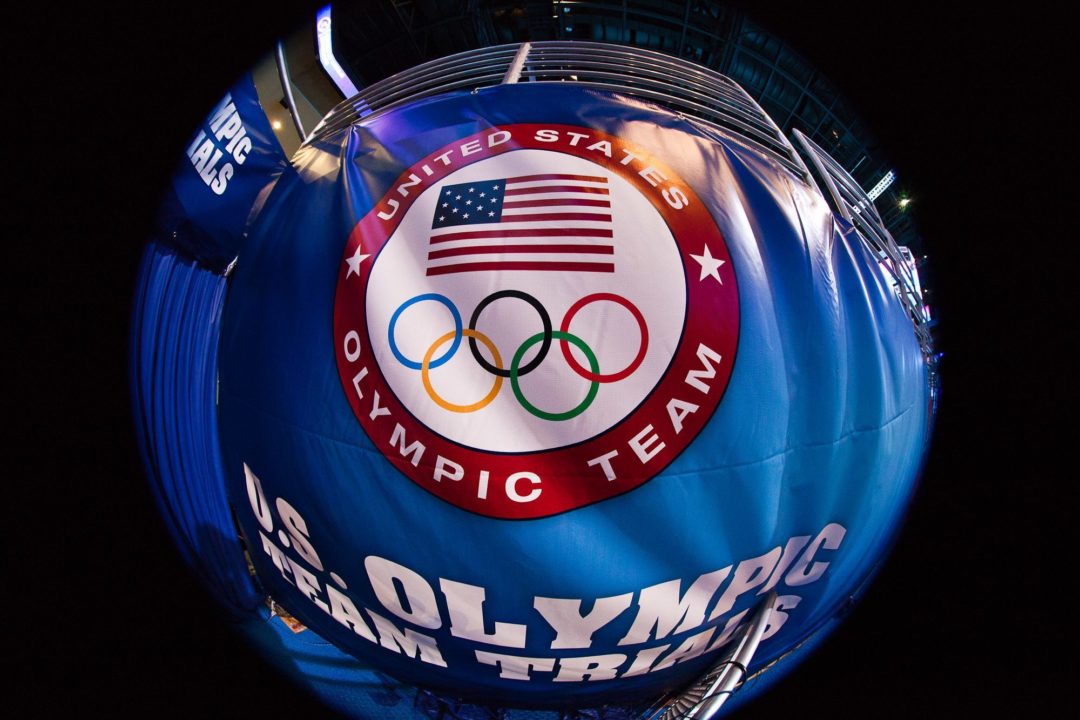 The U.S. Olympic Trials are a massive meet with hundreds of entries in every event. For many of the swimmers at... Archive photo via Tim Binning/TheSwimPictures.com

The U.S. Olympic Trials are a massive meet with hundreds of entries in every event. For many of the swimmers at the meet, it’s the biggest meet they’ll ever swim in. For most, getting a qualifying time was a meaningful accomplishment. On paper everyone in the meet has a real chance at a spot on the Olympic team. We can look at past Olympic Trials to get a sense of how difficult a task it is for an anonymous swimmer to surprise and make an Olympic team.

The good news is that, in 2012, the times required to make the final were often slower than the 8th place time on psych sheet. Here’s a breakdown of 8th place across rounds for Men:

The bad news is that since everyone enters their best time at Trials, it’s difficult to drop time. The largest drop in the entire meet last time for women was Breeja Larson who dropped -3.2% to win the 100 breast (seed 1:08.08 final time 1:05.92) and for men was Brendan McHugh who dropped -4.4% in the 200 breast to move from 107th to 16th (seed 2:20.02, prelim time 2:13.87). The male swimmers median time change was an increase of .60% and the female swimmers added a median of 1.15% (this was calculated with a swimmer’s best time between Prelims, Semis and Finals vs their psych sheet time). Here’s an event by event breakdown of median time change vs seed at the 2012 trials (positive is slower, negative is faster):

Only 19% of women’s times and 32% of men’s times were faster than their seed time.

Even if a swimmer manages to qualify for finals, they still need to beat the true contenders. There are 52 individual qualifying spots. In 2012, 34 went to top 2 seeds and another 9 went to swimmers seeded 3rd. No one from outside the top 16 seeds qualified. Here’s a breakdown of seed vs final place. Final place is the rows. Psych sheet place is the columns.

Comparison between 8th place in prelims/semis to 2nd place in finals:

It’s not impossible for someone to make a huge jump and make the team out of nowhere. This analysis relied on only one previous Olympic Trials. People who make the Olympic Team are outliers by definition and are therefore hard to predict. It does seem safe to predict that few seeds outside the top 24 will final, and that the majority of Olympians will come from the top 5 seeds.

That’s why you swim the meet!