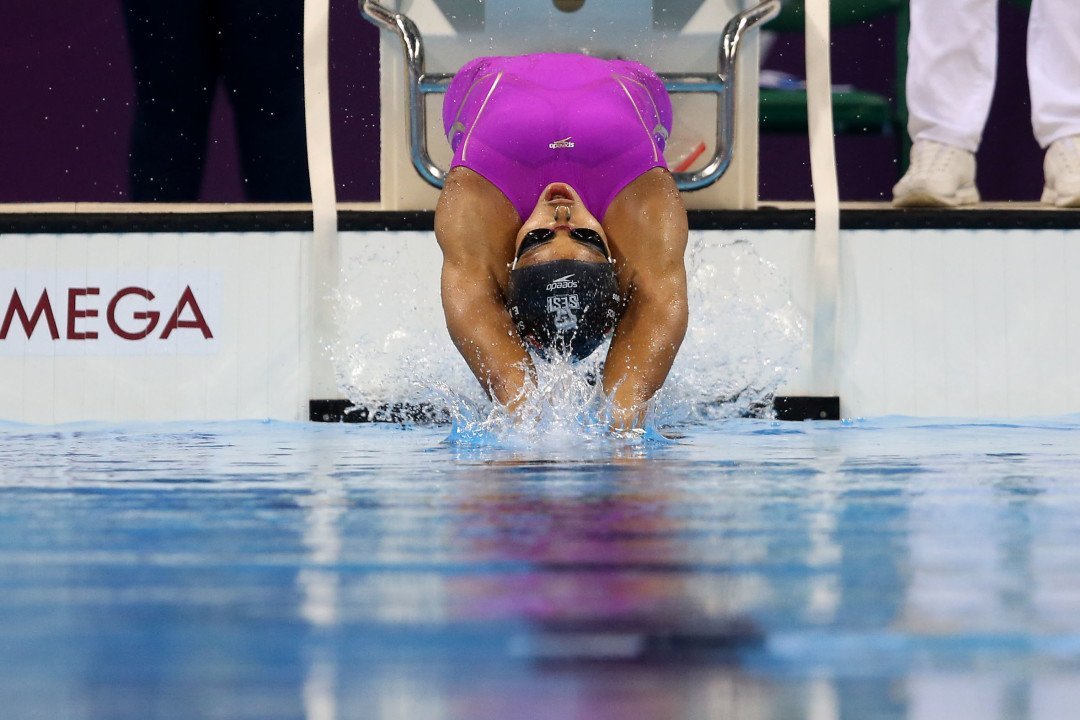 Etiene Medeiros will head up a team of 21 Brazilians heading to the Mare Nostrum series in Europe in June. Archive photo via Satiro Sodre

The CBDA (Brazilian Confederation of Aquatic Sports) named 21 swimmers to their team for the Mare Nostrum Circuit during a meeting held on May 10th. The team features 10 women and 11 men. On the women’s side the entire Olympic team of 9 will compete along with Jhennifer Conceição, and the men’s team features 10 Olympians along with Andre Pereira.

The Mare Nostrum series will feature three stops, beginning in Monaco on June 4th and 5th, then rolling into Canet, FRA June 8-9, and Barcelona, ESP from the 11th to 12th. Brazil’s swimmers are scheduled to race in the latter two of those stops.

Read the full report (in Portugese).

Actually the Mare Nostrum consists of three stops: Monaco 4-5 June – Canet en Roussillon (France) 8-9 June – Barcelona 11-12 June. It is “Mare Nostrum” not “Norstrum” – thanks.
According to the CBDA info, BRA will enter Canet and Barcelona only.