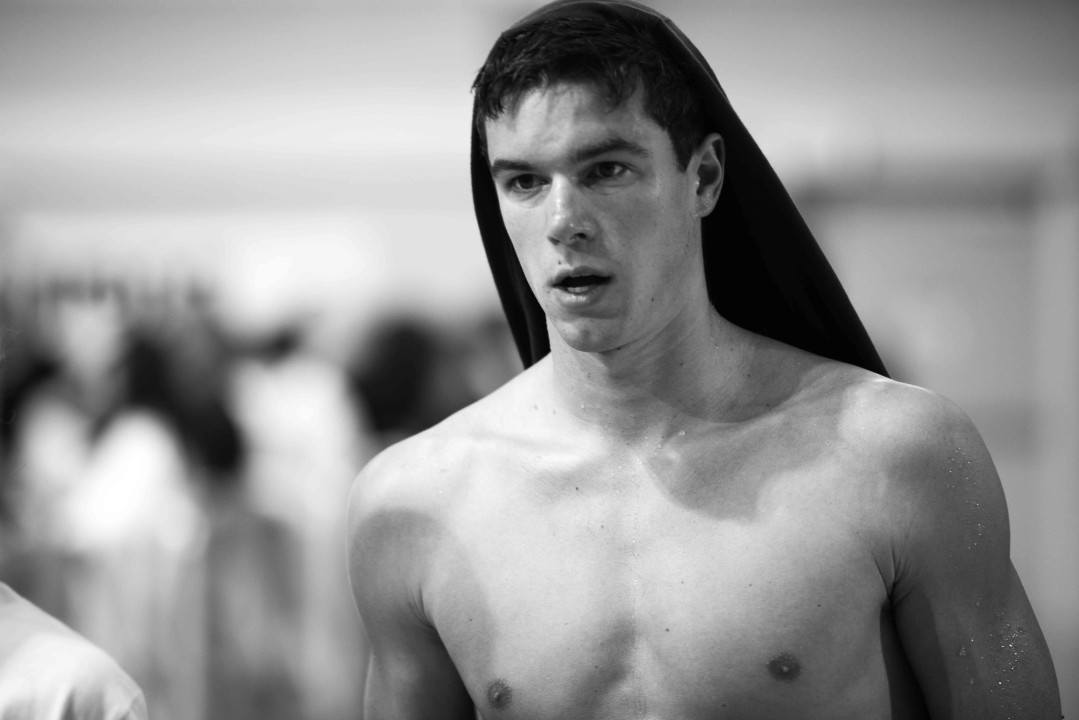 Josh Prenot swam his way to the 400m IM finals with his time of 4:19.27 from prelims, but he'll need to take on Great Britain's Max Litchfield who claimed the top seed. Archive photo via Mike Lewis/Ola Vista Photography

Day 7 starts an hour later than on previous nights, as just three events are being contested in this shorter session. The men’s 400m IM kicks off at 8:30pm Eastern, followed by the women’s and men’s 4×100 medley relay.  As the swimming portion of these Games is nearing an end, look for the Americans to continue stepping up.  Team USA is on a quest to break its 2007’s record for the most medals won at the World University Games.

The field for the 400m IM final is split evenly with four swimmers from each of the final two heats from today’s prelims session. Great Britain’s Max Litchfield crushed a time of 4:16.72 to win his heat by over 2 seconds and claim the top seed. Australia’s Travis Mahoney registered a 4:17.93 to slip into the second seeded spot from the final heat.  Jay Litherland was the highest finisher of the two American swimmers, clocking a 4:18.26 to just out-touch Japan’s Takeharu Fujimori who wound up with a 4:18.31 for the 4th overall seed.  Czech Republic’s Pavel Janecek was the other sub-4:19 swimmer, with his time of 4:18.88 to clinch the 5th seed.  Josh Prenot (USA), Jakub Maly (Austria) and Keita Sunama (Japan) round out the top 8.

The American women led the way in a time of 4:03.03, positioning themselves in the middle of the pool as the top seed headed into finals.  The combination of Rachel Bootsma, Lillia King, Christina Bechtel and Abbey Weitzeil proved lethal, as the next closest team of Japan finished over 2 seconds behind (4:04.15).  Splits for the Americans – 1:00.27 for Bootsma, 1:08.25 for King, 59.78 for Bechtel and 54.73 for Weitzeil. Italy claimed the 3rd seed in their time of 4:04.51, with Australia 4th in 4:05.10. And, Russia shows they are still in the mix having nabbed the 5th seed in a time of 4:05.70.  New Zeland, Canada and Germany also made their way into the finals.

Put Pebley on back and Conger on fly in final.
With McDonald on breast and Stubblefield on free.
Anyway it will be tough. The Russians look strong.

What are the Aussie splits in both the relays? Thanks