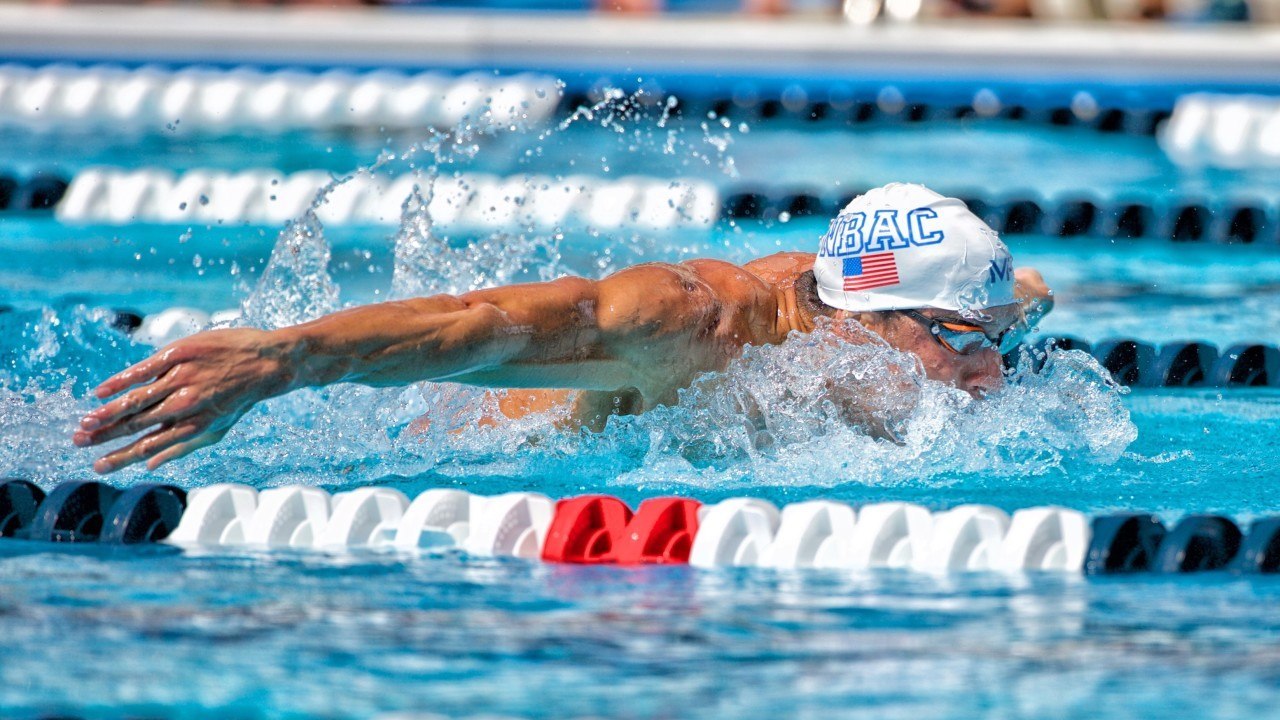 39 of the 40 qualifiers for the A and B finals on Day 3 are expected to swim tonight, including North Baltimore's Michael Phelps. Phelps won the 200 fly with the world's fastest time last night and will contest the 100 fly tonight. Current photo via Rafael Domeyko)

All 48 women in the championship and consolation finals have declared their intention to swim tonight, making for an exciting finals session. In the 100 breast, top seed Katie Meili of SwimMAC Carolina, who went 1:06.56 to lead the morning heats, will be flanked by Jessica Hansen from Australia (1:08.04) and Lilly King from Newburgh Sea Creatures (1:08.16).

Madison Kennedy of SwimMAC (24.93), Amanda Kendall of Mason Makos (25.23) and SwimAtlanta’s Amanda Weir (25.25) will headline the 50m freestyle championship final. A 3-way tie for 16th place was settled in a swim-off at the end of the morning session: Riki Bonnema of Wolfpack Elite, Stanford’s Felicia Lee, and Mission Viejo’s Shuyu Sun had all gone 25.78 in prelims. All three improved on their earlier swims but it was Bonnema who earned the right to contest the consolation final with her spectacular 25.08. Lee went 25.32, while Sun touched in 25.53.

The men’s meet will kick off with the 100m butterfly, featuring a rematch of last night’s thrilling final between Michael Phelps of North Baltimore Aquatic Club and Jack Conger of Nation’s Capital. This time it will be Conger in lane 4 and Phelps in lane 5, as Conger went 51.97 to Phelps’ 52.12 this morning. SwimMAC’s Matthew Josa (52.21) will be in lane 3. Clark Smith of Longhorn Aquatics, who put up the 15th time of the morning (53.33), scratched the consolation final pushing Phoenix Swim Club’s Kohei Kawamoto up to take his place.

The only other men’s individual event is the 50 free, where Caeleb Dressel’s NAG record-breaking 21.85 earned him the middle lane for tonight’s final. Josh Schneider of New York Athletic Club (22.10) and Cullen Jones of SwimMAC (22.11) will be on either side of Dressel; each is equally capable of winning the national title tonight. Jones was 21.83 at this meet last summer, and Schneider went 21.86 at Pan Am Games in Toronto.

You can find the complete heat sheet for Day Three finals here.

what is the scoop on clark smith? he hasn’t showed up for either awards session? classless and poor sportsmanship! surprised Eddie and Kris put up with that.
and he scratches the 100 fly consols. too cool for consolation heat?