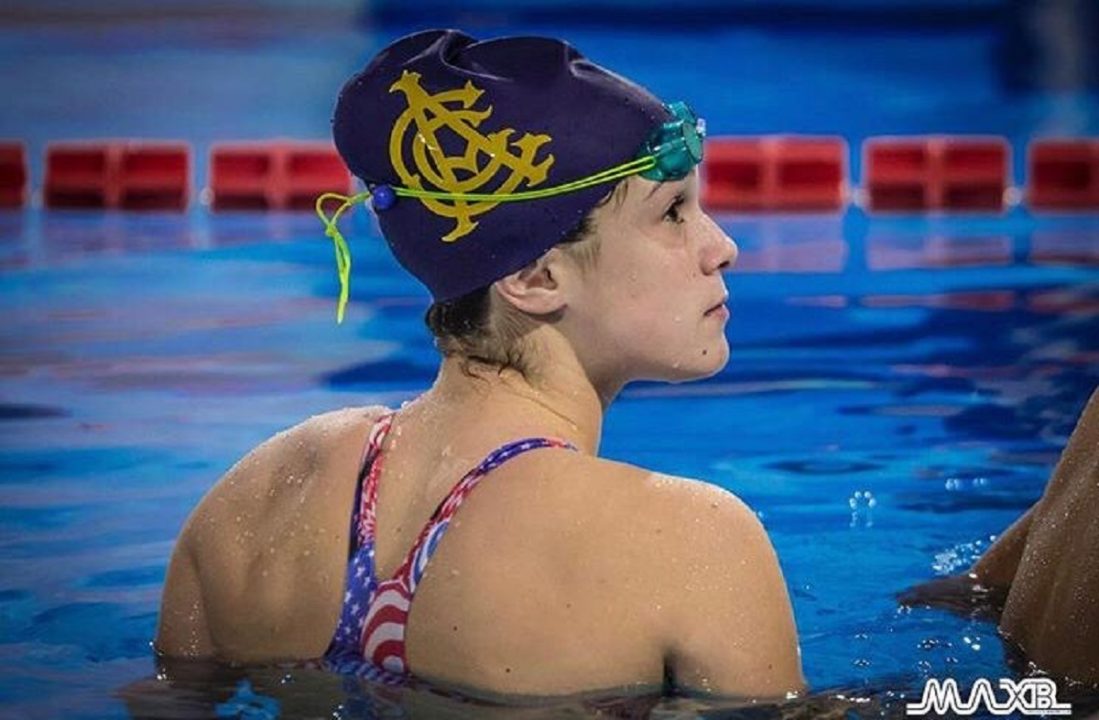 15-year-old Benedetta Pilato put up two solid performances across her specialty discipline of the breaststroke at the Puglia Regional Championships. Archive photo via MaxB. Fotografia

You can read the original post on SwimSwam Italia here.

15-year-old Benedetta Pilato put up two solid performances across her specialty discipline of the breaststroke, competing at the Puglia Regional Championship meet this weekend.

First up was the 100m breast for the teen, with Pilato wasting no time putting up a new lifetime best in the race. Touching in a time of 1:07.06, Pilato blew her previous career-quickest of 1:08.21 out of the water, a mark she established en route to finishing 6th at the 2019 World Junior Championships.

But Pilato didn’t rest on her laurels. Instead, she fired off a speedy 50m breaststroke time of 30.33 to take the event here in Puglia by just under 3 seconds. That time is on par with her season-best, a time of 30.08 notched at December’s Italian LC Championships to capture gold.

Pilato’s personal best in this 50m breast sprint is represented by the national record she established last year in the prelims of the World Championships. She notched an extraordinary mark of 29.98 to wow the crowd before ultimately settling for silver in 30.00. She followed that up with European Short Course Championships gold, however, snagging a new World Junior Record of 29.32.

wow. Tough competition for Lily King in the near future

One morning they wake up & it’s gone. . It is the MacArthur Park o f swimming .