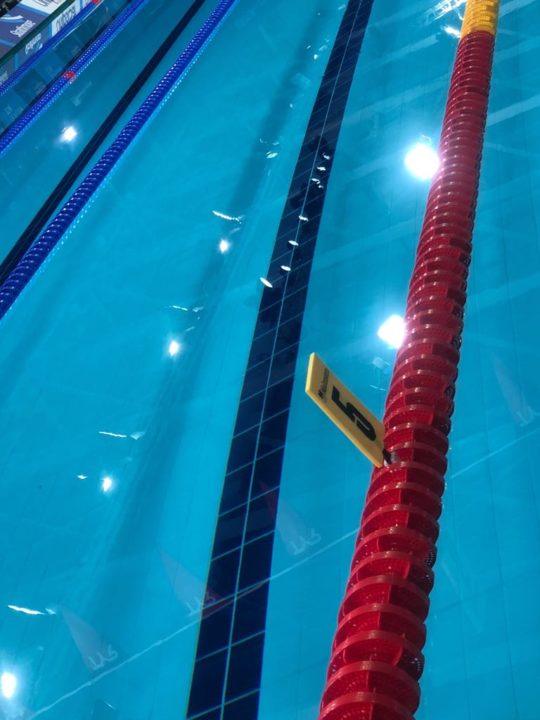 No timing errors in this one: the Brits have perhaps the world's best young sprint duo. Stock photo via Giusy Cisale/SwimSwam.com

A pair of British sprint records went down in the finals races of the men’s 100 freestyle on Thursday at the British Swimming Championships. Both swims came in the transition final, which was the secondary final reserved for swimmers aged 23-and-under.

Matthew Richards of the Royal Wolverhampton School won that heat in 49.98. That broke his own prelims record of 50.29, which was both the previous Welsh Junior Record and British 16-year olds record in the event. The old British mark for that age belonged to Duncan Scott, the current senior National Record holder, who was a 50.67 when he was 16.

Finishing 3rd in that heat was 14-year old Derventio Excel swimmer Jacob Whittle, who touched in 50.37. After making history this morning in what we believe to be the fastest-ever time globally by a 14-year old, Whittle has undercut that mark again. The swim also stands as a new British age record. His best time coming in to the meet was just 52.04.

Editor’s note: while results list swimmers’ ages based on December 31st of this year, national age records are tracked based on the athlete’s age on the date of swim. Both swimmers will age up later this year.

(Not that it is a bad thing – I am pro switching age group at the date of birthday.)

In Brazil Age Group Records are based on the age of the date of the swim also..

Yep. Whittle holds the 13yo record from August last year at 53.59, he turned 14 in the September.

Australia does age of the first day of the meet