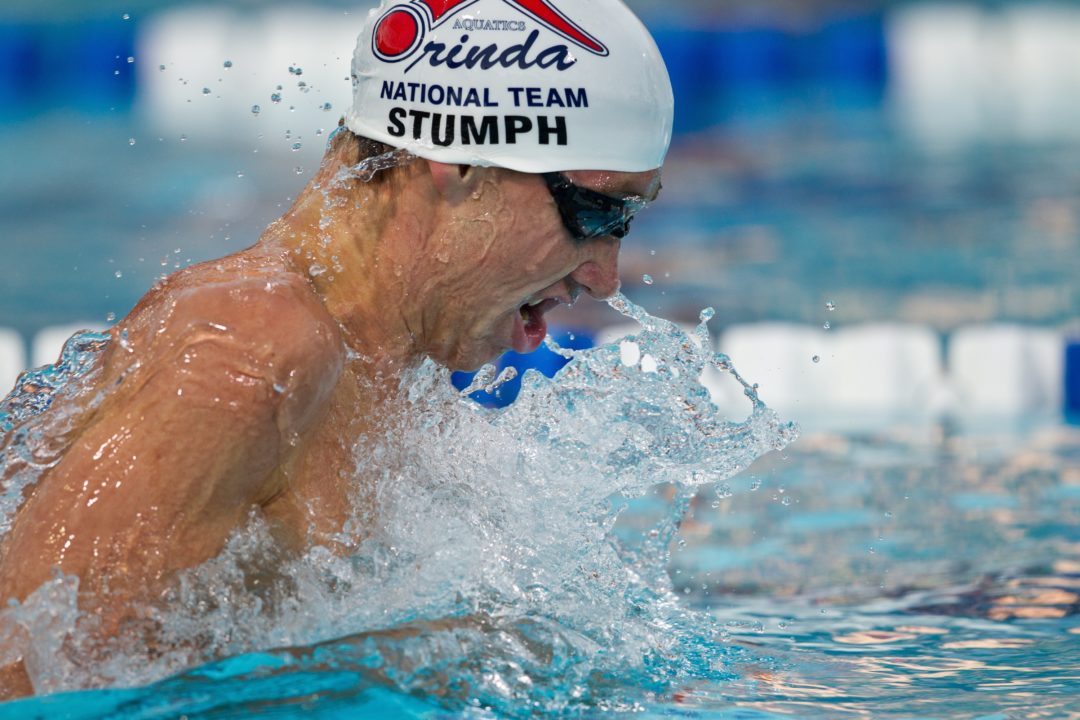 Carondelet High School may have won the most battles at the 2012 North Coast Section Championships on Saturday, but San Ramon Valley won the war. For the second-straight year, the Wolves took home the girls’ Team Championship by margin of 341-249. The meet was tight, until the 500 free, where despite a win by Carondelet’s Chelsea Chenault, San Ramon put three swimmers in the top five to break the scoring wide open.

On the boys’ side, Campolindo won their 8th-straight NCS Championship, though with a lot more parity on the men’s side by only a 246-204 score over Miramonte High School. San Ramon Valley was the most successful team from a co-ed perspective, as their men also finished 3rd.

On an individual level, this meet was explosive for the second-straight year, with 11 different events seeing their Section Records wiped clean-off the board (10 in finals, plus the girls’ 100 fly in prelims).

Carondelet may not have come home with the team title, but they did bring home plenty of hardware, with 5 event victories to San Ramon’s 2.

The top of the list was the junior Chenault. Her first win came in the 200 free with a 1:44.76. That’s the best time of her career, and ranks her as the second-fastest Independent High School 200 freestyler in history (in official competition) behind only Missy Franklin.

In runner-up position behind Chenault was sophomore Jenna Bauer in 1:48.95. That’s her best time, and caps off a dynamite second season for her.

In Chenault’s second individual event, the 500 free, she rebroke her own Section record with a 4:38.05. She went out much harder in finals than she did in prelims, and it cost her a bit on the closing 100 yards, but that’s still a spectacular time. The previous mark of 4:41 belonged to Cal’s Catherine Breed before prelims. San Ramon’s Stanford-bound senior Allison Brown took 2nd in 4:47.04, while Bauer was 3rd in 4:49.52.

The Montgomery sophomore Bauer, in addition to this silver medal, also crushed the North Bay League record in the same event a few weeks ago, and that’s a record held by future Cal All-American Amanda Sims.

Their other star Madison White took two victories as well. First in the 100 free with a 50.19, and followed that up with a 54.30 in the 100 backstroke. That freestyle time is a lifetime best for her by three-tenths of a second. She is mirroring the path of another former Carondelet swimmer – Natalie Coughlin – who holds the records in both events from 1999.

Those two teamed up for half of a great Carondelet medley relay (including a 22.3 anchor from Chenault in the 50 free), but even that and the standing as the National Record holders couldn’t stand off San Ramon Valley.

SRV’s group of Jenny Barcellona, Heidi Poppe, Marissa Neel, and Cailey Steffens teamed up for a 1:42.36 victory in the meet-opening 200 medley. It was a great team swim, but Poppe’s 27.81 split can’t be denied as a big hammer for the group. Neel is the only senior in that group, and with Carondelet bringing back their furious bookends Chenault and White, this should be a great race again next season.

Poppe, just a sophomore, was incredible in the 100 breaststroke with a 1:00.91 win for her first individual State Championship. That’s a 2.5 second improvement off of her last-season time, where she was the runner-up. That’s the 4th-fastest time by a high school swimmer this season, and second-best by an underclassmen (behind junior Emily Cameron out of Pennsylvania). Carindal Newmann’s Taylor Young was 2nd in 1:02.44.

The boys’ side of this meet was again dominated by underclassmen, just as it was last season, beginning with a massive upset in the 200 free. Sophomore Nick Silverthorn was the defending champion and record holder who was looking to continue the opportunity for a rare four-year sweep. But Jackson Miller from Las Lomas had other plans; the junior really developed his 200 freestyle this season and upset Silverthorn with a winning swim of 1:36.85; compared to his competitor’s 1:37.08. That put both swimmers well under the old Section Record in the event.

Miller was DQ’ed in the prelims of his other individual event, the 100 free, but Silverthorn came back later in the meet to win the 500 free in 4:27.68. He and Bryan Hughes from Amador Valley were stroke-for-stroke the entire race, staying within two-tenths of a second of each other throughout the race. The final 50 was the difference, though, and Silverthorn tore away to the victory; Hughes was six-tenths back in 4:28.4.

But as for the champions Campolindo, they were led by a pair of victories Steven Stumph, who established himself as at least a top-15 recruit in the class of 2013 at this meet. He won early, he won late, and most significantly he won with huge times. First, in the 200 IM, he won his third-straight title and destroyed his own record with a 1:47.52. He led off with a blazing front-half of 50.79, but he didn’t slow down any on the breaststroke leg and went under 30 seconds on that split (nobody else in the field was better than a 32).

That breaststroke leg was a huge foreshadowing of the 100 breaststroke later in the meet. He was matched up there with defending champion, and fellow junior, Charlie Wiser. But Stumph was two-seconds faster on his IM split, and with that confidence under his belt, he swam a 54.06 to win the later event. He and Wiser (54.57) were both under Wiser’s old State Record. This is another matchup that will be outstanding next season with both as seniors. Those are the two fastest times in the country this year by high school swimmers, and neither is graduating.

Stumph’s teammate Sven Campbell is also a junior, also struck twice, but broke three Section Records. The first came in the 100 free, where his 44.22 took down the old mark held by Stanford All-American Aaron Wayne by .05 seconds. De la Salle’s David Morgan was the only other swimmer close to his time, with a 44.89. (Morgan did win the 50 in 20.62).

In his second event, the 100 backstroke, he was the defending champion. Nobody else was even in his stratosphere in that race, and he pushed his way to a 48.16 victory. That crushed his own record set at last year’s meet by a second-and-a-half. Amador Valley’s Jason Chen, just a junior as well, also was under the old record with a 49.21.

In other relay action, those two paired up to make the front-half of a record setting 1:32.99 relay. Their partners were Jonathan Ratchford and Robbie Ashby.

The Campolindo boys, with the title secured, decided to   slid to 8th in the 400, but they still got the coveted team title and were able to give their seniors a great sendoff.

The best race of the meet on the boys’ side was the 100 fly. A group of five turned nose-to-nose at the 50, but one swimmer who was just in front was Terra Linda’s Alan Winder. He held on to his narrow margin to win this race in 49.18. He was the top seed coming into this meet, but hung back behind the lead field in prelims. The lack of a center-lane didn’t keep him from a win, however.

The runner-up was San Marin’s Kenneth Castro-Abrams in 49.39. After the winner Winder, the next three finishers were all juniors and will return next season to duke-it-out again.

And in the lone freshman individual championship of the meet, Amador Valley’s Iris Brand won the girls’ 50 free in 23.31.

A correction and a comment. First Steven Stumph’s IM time was 1:47.5. I wish it was 1:47.1. Also, we made a team decision to let our seniors swim on the 400 Free Relay to allow them the opportunity to swim in the NCS Finals and get an NCS medal. We knew we would possibly finish 8th but the trade off was well worth it. Thanks very much for the very comprehensive artice. All the kids deserve this recognition.

As a point of reference, today’s win brings home back-to-back NCS titles for the San Ramon Women and their third NCS title in the last four years. It is also the culmination of two back-to-back seasons where the Lady Wolves were undefeated in all dual, invitational and championship meets.

Second, unbelievable that you would know that Jenna Bauer broke Amanda Sims’ North Bay League record. However the record she broke was in the 500 Free, not the 200 Free The NBL 200 Free record is still held by Maya DiRado but Bauer is on track to pretty much crush that next year.

Got to say you are scaring me – your profound depth of obscure NBL knowledge officially classifies you as pathological.

Drat, you’re right on both counts. Finished the recap on my cellphone…guess that’s what I get! Should be corrected now.