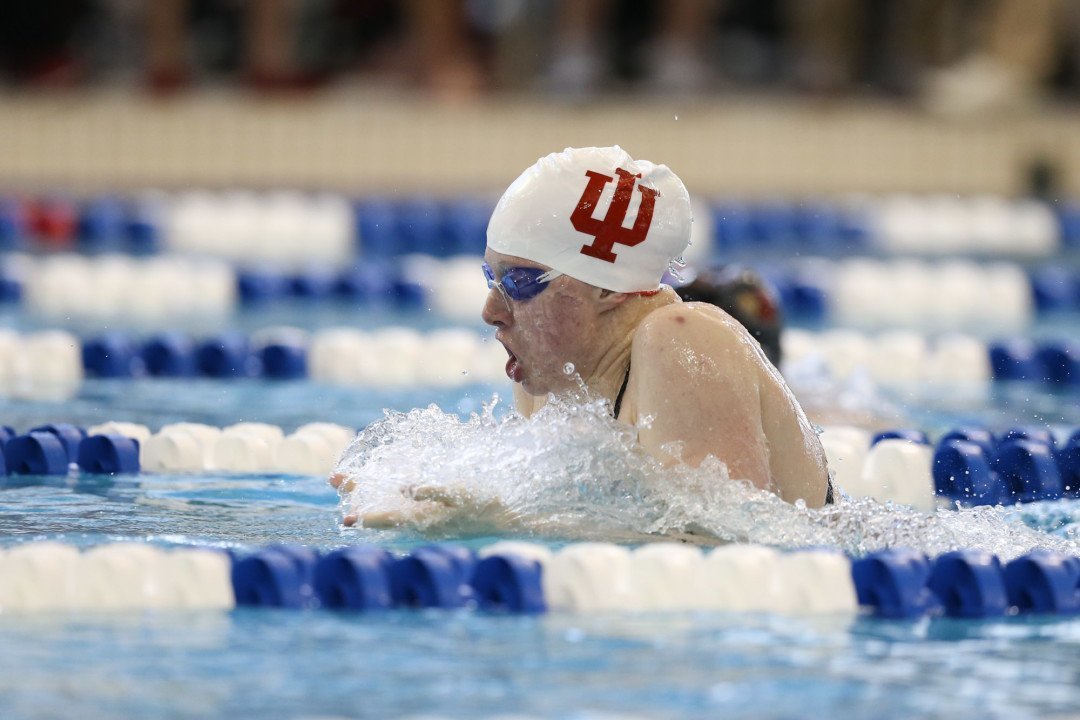 Defending NCAA and Olympic gold medalist in the 100 breaststroke Lilly King swam her first individual breaststroke race of the 2017 Big Ten Championships on Friday morning, and posted a 57.46 benchmark that breaks a 7-year old Pool Record at Purdue. The old mark was a 58.06 done by then-Arizona swimmer Annie Chandler at the 2010 NCAA Championships.

King’s 57.30 from the College Challenge in November is the fastest time in the country so far this season, and she will be a bigger favorite in this 100 than she will in the 200 come NCAAs (she’s the defending champion in both). The 4 closest swimmers nationally are all from the ACC, who have had their conference championship meet, and the 2 closest (Natalie Pierce of Florida State and Laura Simon of Virginia) did their swims at December invites.

Finishing 2nd in the race was Indiana freshman Lindsey Horejsi in 58.96. Also of note, 6th-place finisher Emily Kopas broke the Michigan school record by .01. The old mark was a 59.80 done in 2013 by Angie Chokran.