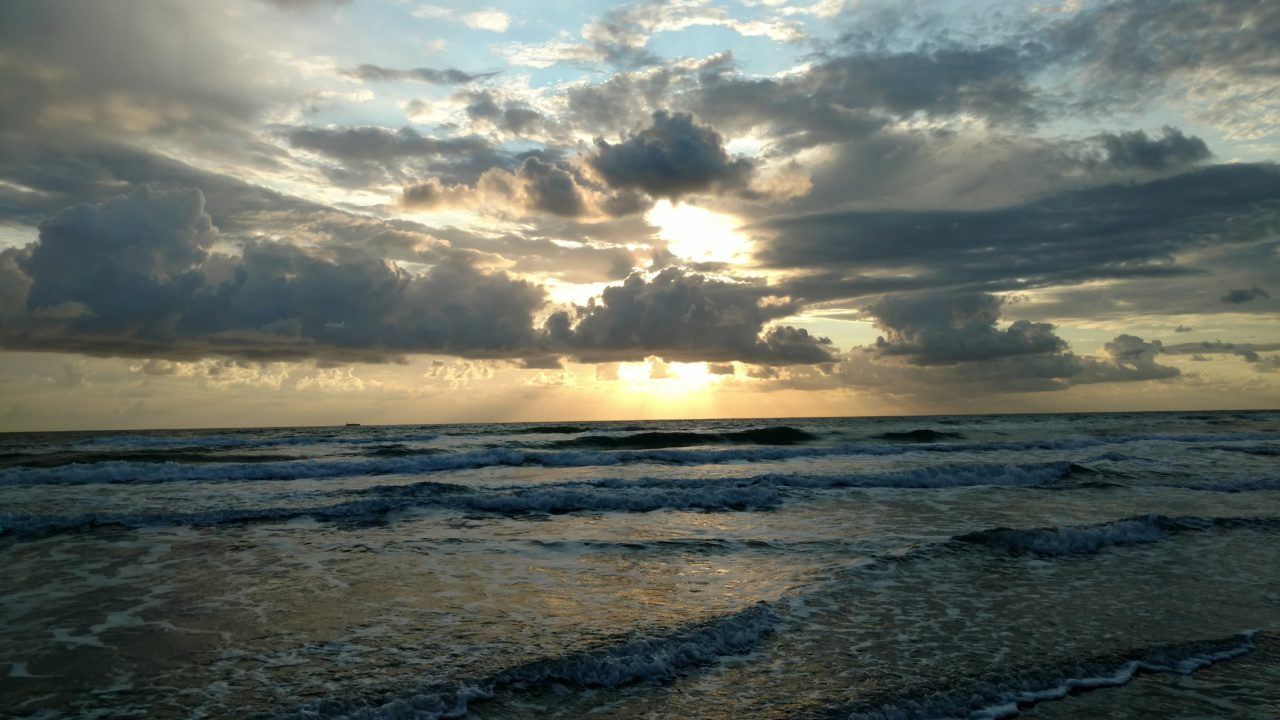 In preparation for the upcoming South Padre Open Water Festival on November 5-6, we wanted to share some key facts about the Island and why its one of the best open water destinations in the US. Current photo via Open Water Planet (OPM)

In preparation for the upcoming South Padre Open Water Festival on November 5-6, we wanted to share some key facts about the Island and why its one of the best open water destinations in the US.

Yes, South Padre Island may be synonymous with Spring Break but the city is experiencing a new renaissance in active living and adventure travel. Here are 10 things you might not have known about this tropical island off the southern Texas coast

The Laguna Madre Bay is a “hyper-saline” bay meaning the salt content is higher than the rest of the ocean. It is one of only six hyper-saline bays in the world. This makes it extremely important for Gulf of Mexico sea-life including dolphins and sea turtles which migrate to the Laguna Madre to hatch or raise their young. The only saltier body of water in the US is the Great Salt Lake in Utah.

TWO – A Chance at Gold (and Silver)

South Padre Island is home to several shipwrecks. During the1500’s Spain used South Padre Island to export resources from Mexico to Spain. The ‘Wreck of the 300’ in 1554 lost millions of dollars in silver. Treasure hunters still flock to the area looking for lost treasure. In Texas, you have to turn any lost treasure over to the state but, of course, you can keep your medals from the South Padre Open Water Festival.

The first residents of the island were the Karankawa Indians. Local legend claims they were taller and stronger than the average man. They protected their island with massive bows and large arrows that most men could not draw back.

FOUR – The Lighthouse Lights the Way

The Port Isabel Lighthouse sits in the smallest state park in Texas. However, unlike most lighthouses in the US, this lighthouse is open for the public to climb and enjoy the great panoramic view of the area.

FIVE – The Coast is Well-Guarded (and It Might be Haunted)

With Halloween coming up its interesting to note that there is an old Coast Guard station built here in 1924. Rumor has it that the ghost of an early station worker still haunts the old station….or maybe he still working to keep it safe. But seriously, there is long tradition of Coast Guard support here. The Coast Guard keeps our events safe and our shores safe. We support them in any way we can. In fact, one of the charity parters for the South Padre Open Water Festival is R.OV.E.R. which provides veterans and their families connections to resources and opportunities to improve their quality of life.

SIX – Lifestyles of the Rich and Famous

During the roaring 20’s, South Padre Island was popular with the rich and famous. The Port Isabel Yacht Club provided a premier yachting destination during the time of prohibition. It’s said to have been frequented by Amelia Earhart, Al Capone, President Eisenhower, and Charles Lindberg. The Yacht Club is still open as a hotel and restaurant.

Interestingly, South Padre Island is known for ecotourism. Winter Bird-watching and turtle rescue are important draws to the island. Sea Turtle, Inc, allows you to volunteer to help rescue and rehabilitate turtles during your vacation. You can even adopt your very own sea turtle. The adoption will insure he or she has the support to make it through a rescue and returned to the sea.

Never been to South Padre Island? Need a point of reference? South Padre island latitude (26.111) is roughly the same as Nassau, Bahamas (25.048). Average daily temperature in November is approximately 78 degrees.

Padre Island holds the title of the Longest Undeveloped Barrier Island seashore in the World.

TEN – The Surf Is Up

Globally Texas may not be known for it’s surf but it does exist and their is a subtle, behind the scenes, surf culture on South Padre Island lurking and waiting for the swells to arrive.

Hank Randy is a freelance swimmer (and writer) based out of South Padre, Texas. Randy has a passion for swimming and travel and writes about adventure travel based around Open Water Swimming. Currently Hank Randy is writing and helping with the South Padre Open Water Festival held on South Padre Island, TX on November 5-6, 2016.

Swimming news is courtesy of OWP, a SwimSwam partner.

Thanks for the info.. How about listing affordable places. to stay while pon vacation there?

Cool. So where are the good spots to do an open water swim? Are there rules about where you can enter the water and how close to shore you should remain? I assume the bay side is preferable to the ocean side? Visiting soon and hoping to get some swimming in.

The Yacht Club is no more, boarded up and fenced off. Building is for sale.

The Yacht Club is no longer in service.

>The Laguna Madre Bay is a “hyper-saline” bay meaning the salt content is higher than the rest of the ocean.

Also meaning that flesh eating bacteria, which is becoming a bigger and bigger problem in Gulf coast due to global warming and water heating, does not live there.

I am a descendent of three Italian Brothers who came to South Padre, and helped founded Port Isabel. We are in the Museum. The Museum is haunted as when I was there the first couple of times, I saw a Man who kept looking at us popping in and out of rooms. Must of been one of the Compiuni Brothers. They change their name to Champion which is my maiden name. I came back to my roots.