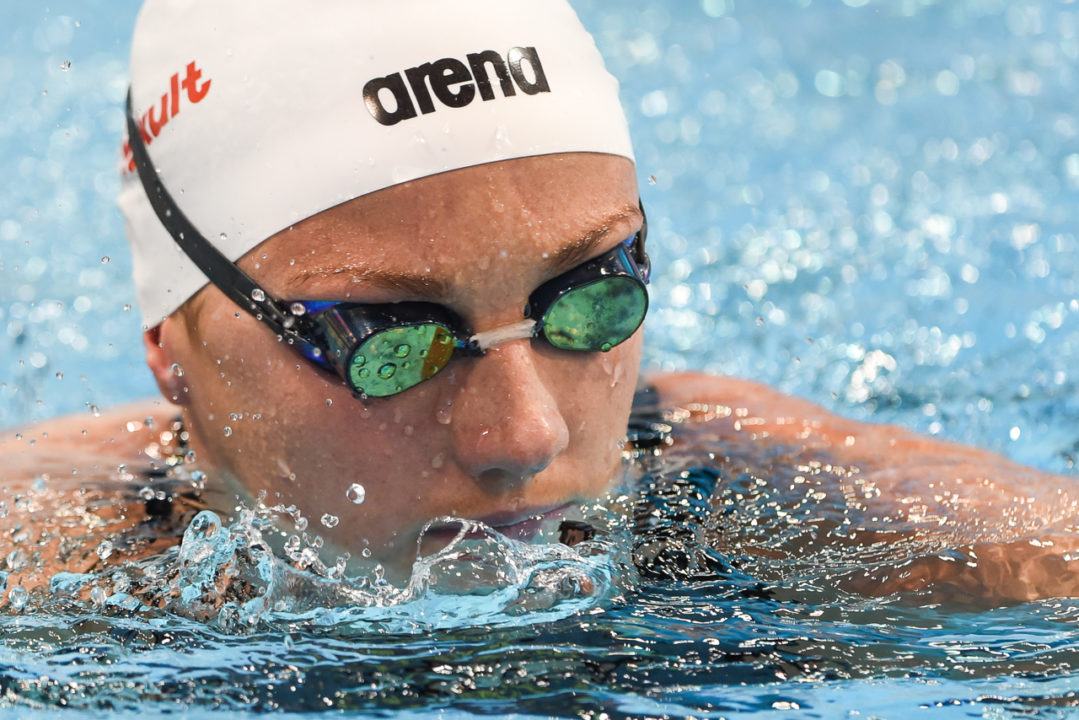 Katinka Hosszu led all swimmers in Tokyo with $14,500 in prize money, followed closely by Alia Atkinson‘s $13,500.

Atkinson, meanwhile, seems a lock for the second spot in the cluster after making $13.5K, $11,500 of it from one swim. That was her 50 breaststroke, where Atkinson won (to the tune of $1500) and broke a world record (for a $10,000 bonus). Atkinson also earned the top performance bonus with that swim, an honor worth 24 series points. Atkinson is currently second in the cluster, 32 ahead of third-place Yulia Efimova. If those 24 performance points make the difference between 2nd and 3rd in the cluster, then that 50 breast swim will be worth another $5,000 in cluster bonus cash.

For the men, Vladimir Morozov still leads with $177K total. He earned just under $7,000 in Tokyo as he and Efimova continue to rack up individual cash but also benefit from Russia’s strong relays, which have earned each of them $2500 on this cluster alone.