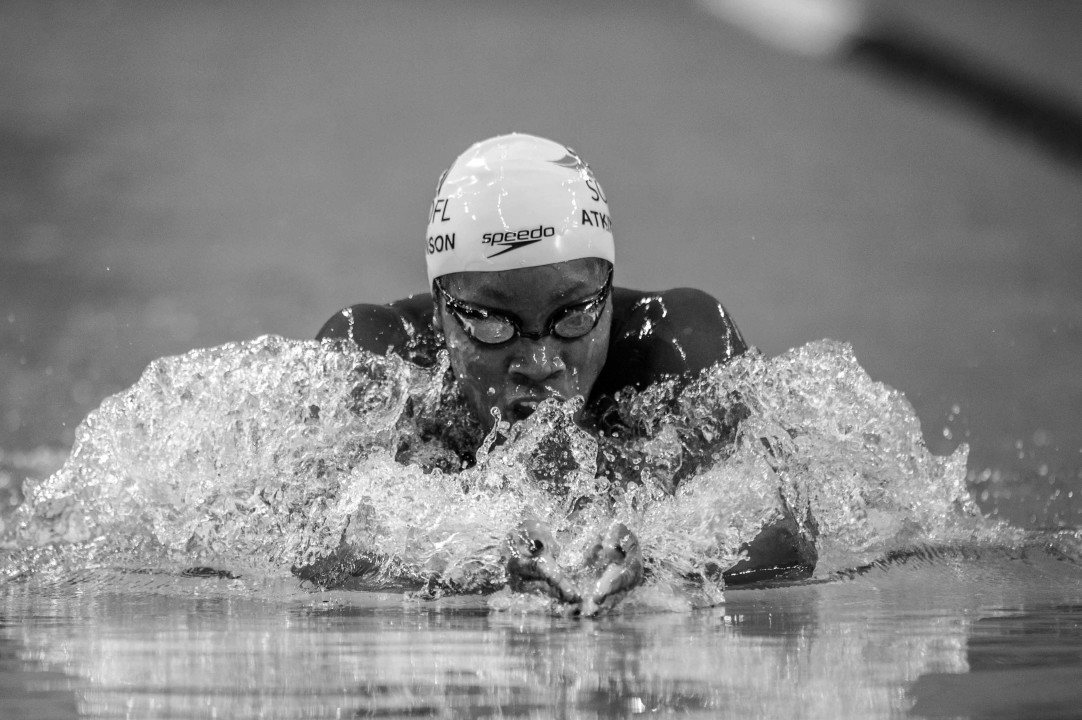 Atkinson popped a 28.64, shaving 16 total hundredths off of the old mark of 28.80 set by Jessica Hardy in Berlin in 2009. That’s her second world record in SCM– she’s currently tied with Ruta Meilutyte for the 100 breast WR.

Atkinson is one of only three women ever (in addition to Hardy and Meilutyte) to have broken the 29-second barrier in the 50 SCM breast. In Tokyo tonight, she placed 1st ahead of Russian Yulia Efimova (29.19) and American Molly Hannis (29.57).

After tying the 100 SCM world record on two different occasions (in 2014 and then again earlier this year in Chartres), Atkinson will now collect the $10,000 bonus from FINA for breaking a world record, along with 20 points towards her cluster bonus. This time, 16 hundredths give her more than enough distance from the old mark to grant her her OWN record (and the FINA bonus).

Finally!!! Correct me if I’m wrong, but I think she’s the first black woman to break an individual world record. Also she beat a supersuit drug cheater’s record and she finally got the $10k. Happy for her!!

I imagine Brigitha might have had a few 40+ years ago were it not for the GDR machine.