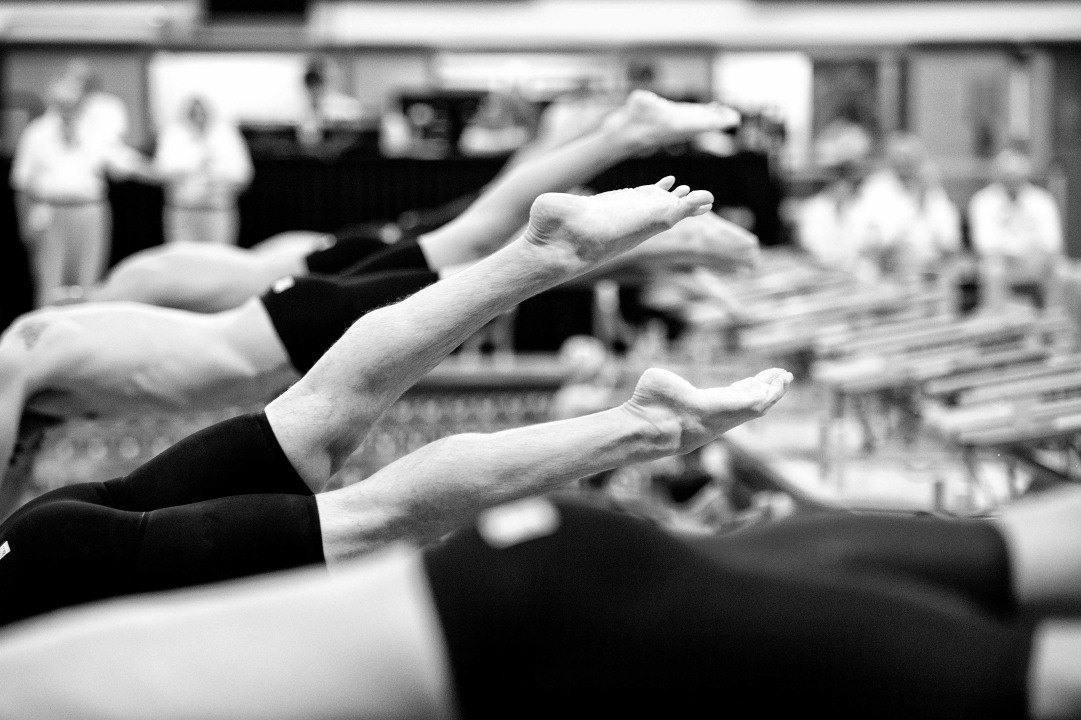 In the first meet of the season, last year’s Iowa high school state champion team and the runners up faced off in a dual: Iowa City West versus Cedar Rapids Washington. Iowa City West emerged victorious, scoring 108 points to Cedar Rapids’s 62. The results reflected a similar margin from the 2015 state meet, where Iowa West took the crown with seven victories and 189 points, while Cedar Rapids was second with 140.

Oliver Martin, North Carolina State commit Mark McGlaughlin, and Iowa commit William Scott led the way for the ICW Trojans with two individual victories apiece. The trio also teamed up with Mizzou commit and Olympic Trials qualifier Aiden Keen to win both freestyle relays, clocking a 1:25.32 to CRW’s 1:34.05 in the 200 and a 3:16.55 to CRW’s 3:34.67 in the 400. Those four boys currently hold the state record in the 400 free relay.

McGlaughlin, the two-time state champion in both sprint free events, annihilated the competition in the 200 IM, hitting the wall at 1:57.90, well ahead of Cedar Rapids’s Matt Jackson, who touched in 2:11.79. His backstroke yielded similar results: 53.76 to Cedar Rapids’s Kaleb Donels‘s 58.80. McGlaughlin currently ranks in the U.S. top 20 for 18-year-olds in six long course events and one short course event. He also holds Olympic Trials cuts in the 50 free, 100 free, and 100 back.

Martin took the 100 fly in 55.24. Then, in a nail-bitingly close 100 breaststroke, he just edged out CRW’s Minnesota commit Nick Saulnier, finishing in 1:01.79 to Saulnier’s 1:01.83. Neither swimmer swam that race in finals at state last year, (Saulnier was too busy taking second in the 200 IM and third in the 100 back, while Martin took fourth in the 100 fly), but their times would have been fast enough to make last season’s C final.

Cedar Rapids West’s sole varsity victory came in the 200 medley relay. The relay team of Donels, Mitchell Anderson, Matt Jackson, and George Durin took the medley in 1:46.92, 2.24 seconds ahead of the ICW team.

Although it is still very early in the season, the Trojans look like heavy favorites to win a third consecutive state championship come February.

There are no ‘A’, ‘B’, or ‘C’ Finals at the state swimming championships in Iowa for boys or girls.
The season ending meets are held (sadly) in a timed finals format at a shallow pool in Marshalltown.