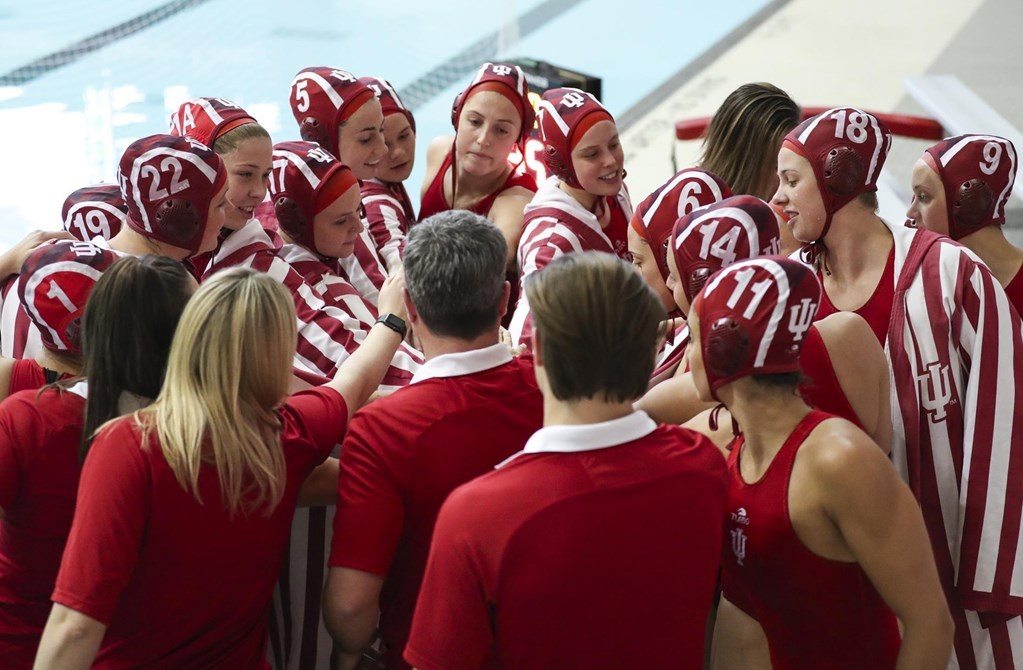 His roster of 12 – which includes seven freshmen, two sophomores, three juniors, and zero seniors – wrapped up winter training camp and is about embark on its second trip to the West Coast in a three-week span. The team will meet tough competition in the No. 2 Stanford Cardinal, No. 4 Cal Bears, and No. 10 UC Davis Aggies, with an additional game against the Chinese National Team, which has been training in Orange County.

“It’s a great opportunity for us to put them into some very stressful situations, and that’s where you grow. I certainly don’t believe that you grow when you’re being comfortable,” Castle told SwimSwam.

“So for us, the first part of this trip is managing – ‘okay, are we facing some formidable opponents. How are we preparing for them or are we mentally prepared for that competition?’ We’re going through our routines to get ready for that level of competition. Then next is sort of looking at execution errors and stressful errors – where are the mistakes that we’re making? What are we doing to rectify it, are we able to adapt very quickly, trying to just uptake the level of adjustments that they have to make. That’s sort of our goals and ambitions for this weekend.”

Now established in his third year at Indiana, Castle has a timely opportunity to totally reenergize the program with his large freshman contingent, drawing on his first two years’ experience.

“When I came into my first two seasons I was fortunate enough to have a very experienced group of juniors, who graduated last year… and they had been a staple of our offense and running the show since they came in. So the first few years we sort of relied on them,” Castle explained, noting that he focused his early efforts on establishing the “right” team culture as he had little scholarship room to add game-changing players.

But the change in conference signals a critical point in the team’s trajectory.

“This is kind of a brand new stepping stone for us. We’ve added a lot of youth,” said Castle, who inked 8 women for the class of 2023 last November. “We graduated a lot of experience, so we’re sort of rebooting the program, per se, and adding a lot more, trying to build a roster to be a top-10 nationally competitive roster.”

“They’re playing like they’re seasoned professionals,” said Castle.”They’ve got great personality for leadership. They see and they communicate very well. That’s also just a testament to the programs that they were brought up in.”

While some aspects of the rebuild are going smoothly, the goal of climbing the national ranks won’t come without growing pains. The No. 13 team kicked off its season with an 8-7 win over No. 15 UC San Diego, but dropped the next three games, including falling 11-1 to No. 1 USC and 15-5 to No. 17 UC Santa Barbara.

“We’re making young mistakes but we fixing them pretty quickly, which has been great from the coaching side,” Castle said. “We’ve still got a lot of ways to go, but from where we stand, we were happy with aspects of our first weekend of play, definitely our first game. And then I got very complacent and then we just started making too many inexperienced mistakes that we weren’t able to rectify soon enough.”

Whatever the outcome, however, each game is another chance to learn.

Nice article, but please, it is Indiana University NOT the University of Indiana. Thank you.