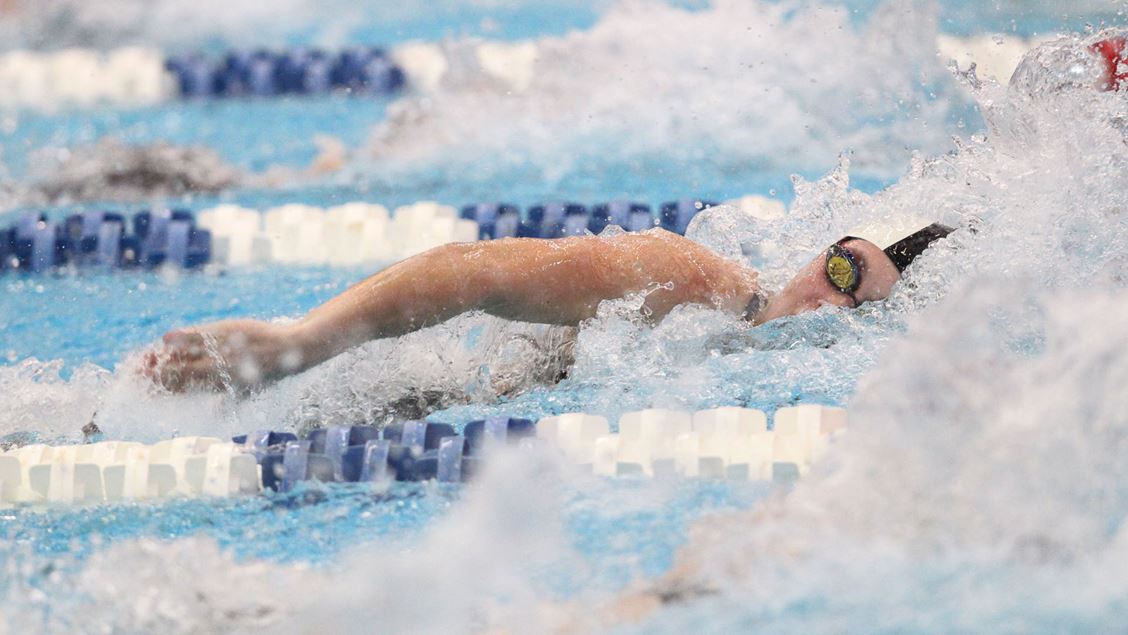 Xavier swimming opened up its fall schedule with strong performances at the Butler Double Duals, collecting victories on both the men's and women's side. Current photo via Xavier Athletics

INDIANAPOLIS – Butler hosted Saint Louis, Evansville and Xavier over the weekend at North Central High School. Emma Harris posted the top performance for the Bulldogs in the 500 Freestyle. She placed second overall with a time of 5:19.29.

“We had a solid season opening meet today against three strong teams,” Head Coach Maurice Stewart explained. “I was very pleased with our high team spirit, energy, and competitiveness. I was surprised how well we finished our races today which is a good indicator our training and positive team attitude is off to a great start.”

Madison Himler, Dumdey, Abigail Roberts, and Megan Hanson represented BU in the 400 Yard Free. They came together to post a time of 3:46.35.

The Bulldogs will return to action on Oct. 12 with a meet at Illinois State. Competition is slated to start at 12 PM.

INDIANAPOLIS, Ind. – Xavier swimming opened up its fall schedule with strong performances at the Butler Double Duals, collecting victories on both the men’s and women’s side. The Musketeers finished in the top spot in 16 different competitions. The women won this meet for the fifth straight season and the men earned top finishes in nine of eleven events.

UP NEXT
Swimming travels to University of Louisville on October 5, 2019 for their next meet. The meet is scheduled to begin at 5 p.m. in Louisville Ky. at the Ralph R. Wright Natatorium.

INDIANAPOLIS, Ind. — The University of Evansville men’s and women’s swimming and diving teams started the season off on a high note at the Butler Double Duel, Sunday afternoon.

The Purple Aces divers led the way for the squad, sweeping both the 1-meter and 3-meter boards.

The Aces will next be in action on Oct. 12 against Eastern Illinois at home in the Wyttenoach Pool.