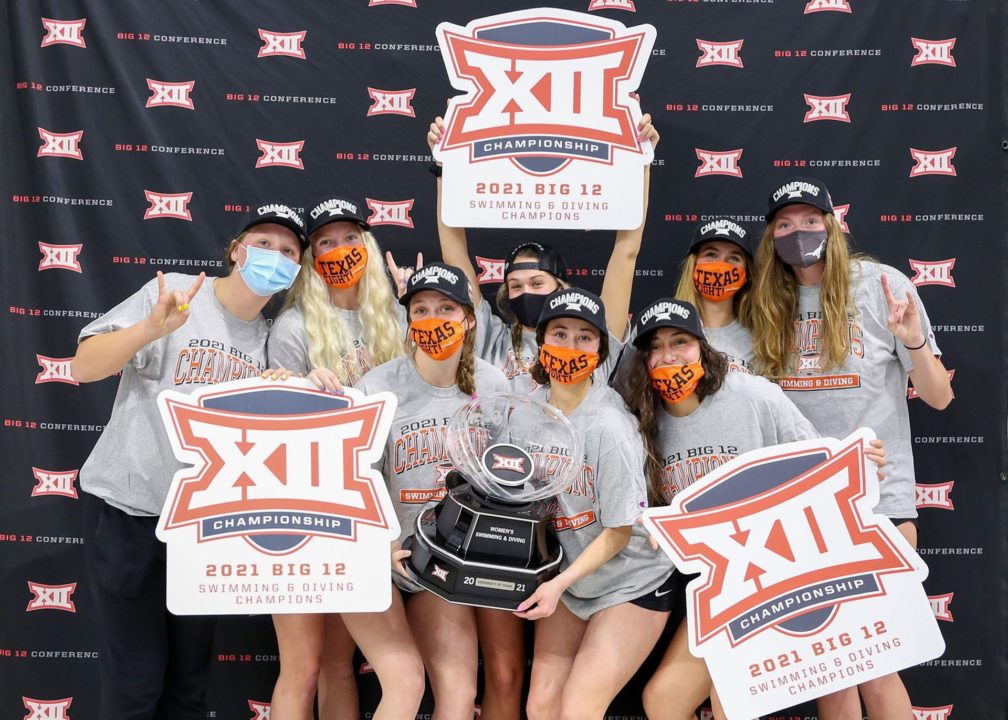 The Texas men and women celebrated team titles at the 2021 Big 12 Swimming and Diving Championship at Lee & Joe Jamail Texas Swimming Center in Austin. The Longhorn men have won all 25 championships since the inception of the league while the women earned their 19th.

UT swept the men’s competition by winning the 21 event finals for the second straight year and the women claimed all but one as 16 meet records were set.

In the men’s standings, Texas compiled 1,123 points followed by West Virginia (850) and TCU (718). In the women’s race, UT had 1,055 points, Kansas finished second (649) and TCU was third (528). West Virginia (526) and Iowa State (522) rounded out the meet. Due to COVID protocols the swimming and diving events were separated this year with swimming races the first four nights followed by the diving competition which culminated with the platform finals. Jordan Windle made it a sweep of all three diving events to bring home Men’s Diver of the Meet while Paola Pineda picked up her second consecutive medal to earn Women’s Diver of the Meet.

UT swimmers Olivia Bray and Carson Foster collected Women’s and Men’s Newcomers of the Meet. Bray notched titles in the 100 and 200 fly while swimming on four winning relays. Foster won three events and was on one winning relay.