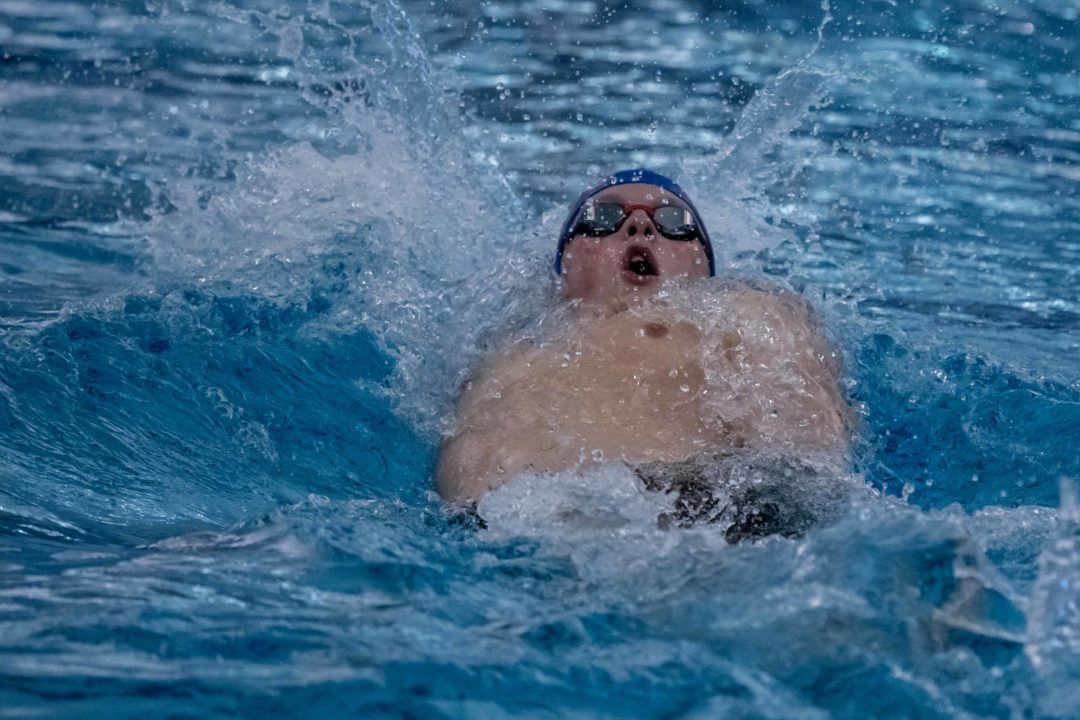 With only weeks to go until Canadian Olympic Trials, Pratt cleared the FINA A in the 100 and got within 0.50 in the 200. Archive photo via Mike Lewis/Ola Vista Photography

Swimmers throughout the Canadian province of Alberta got together on May 27 and May 28 for a time trial in Calgary as a final tune-up ahead of this month’s Canadian Olympic Trials. The two-day affair gave several of the country’s Olympic hopefuls a shot at getting some fast racing in before they make the trip to Toronto, Ontario later this month for Trials which are set to take place from June 19 – 23.

Pratt’s 53.81 clears the FINA A standard of 53.85 by only 0.04 seconds and gets him within 0.01 seconds of Markus Thormeyer‘s 53.80 which he swam on the same day in Toronto. While Thormeyer has been named to the Olympic team in the 200, both he and Pratt will be gunning for a spot in the 100 and should be able to push each other to get under the FINA A once again at Trials, thus qualifying for Tokyo. Thormeyer and Pratt hold a solid lead over the rest of Canada in the event with Tim Zeng holding a 56.18 for third in the country this season.

Pratt was also quick in the 200 backstroke, hitting a 1:57.96 which is less than half a second off the FINA A cut of 1:57.50. That swim is also exactly a second slower than Markus Thormeyer‘s current Canadian record in the event of 1:56.96 from back in 2019. Considering Thormeyer’s auto-nomination in the 200, Pratt will be looking to secure the second spot at Trials. As is the case in the 100, Pratt has a decent lead over the rest of Canada right now as Tim Zeng ranks second with a 2:04.02.

While a few similar events have been held for athletes in Toronto, opportunities have been fewer-and-further between for athletes from other parts of the country. Pratt, for example, hadn’t raced in long course since March of 2020, before the coronavirus pandemic began. His only other official racing opportunities were in October and November during the ISL season in short course.

On the women’s side of the 100 backstroke, Ingrid Wilm swam her faster-ever 100 backstroke to shave 0.01 seconds off her 2017 PB of 1:00.46. Wilm was a 1:00.45 to win the event, entering herself into the conversation ahead of next month’s Trials. As Kylie Masse has already qualified to swim the event in Tokyo, the women’s 100 back is shaping up to be a solid race for the second spot.

Rachel Nicol and Avery Wiseman went 1-2 in the 100 breaststroke in Calgary as Nicol established a 1:08.23 and Wiseman a 1:08.60. That moves them to the #2 and #3 spots nationally in the event this season, trailing Sydney Pickrem‘s 1:07.43 from earlier in May. Considering that nobody has qualified yet for the Canadian Olympic team in the event, 2 spots will be up for grabs.

Following her second-place finish in the 100 breast, Avery Wiseman swam to victory in the 200 breast with a 2:28.38. That is just over her PB in the event of 2:28.20 from back in 2018 and bumps her up to the #1 rank in Canada this season. She passes Nina Kucheran who swam a 2:29.91 earlier this month. Only 1 spot will be up for grabs in the women’s 200 breaststroke at Trials as Sydney Pickrem has already been nominated to the team for that race. Both Wiseman and Kucheran, however, will need to drop a couple of seconds from their current season-bests in order to hit the FINA A cut of 2:25.52.

In the men’s 100 freestyle, Stephen Calkins swam a 50.54 which is just off his 2018 PB of 50.10. That swim will keep him in contention later this month at Trials as he now holds the 8th fastest swim in the country this season. The Canadian contingent of Brent Hayden, Markus Thormeyer, Josh Liendo, and Yuri Kisil recently posted an Olympic-qualifying 4×100 freestyle relay, meaning that up to 6 spots will be up for grabs in the event at Trials.

Wow that is a serious 100/200 double, not sure Javier Acevedo will have any option let alone a back door us results option now…
Hopefully he qualifies as that will challenge for semi finals. Also opens further options for the men’s and mixed medleys, both final order and prelim resting!

Now that the relay qualification deadline has passed, can you do an article showing all the teams that made it in?