While You Were Sleeping: World Championships Day 1 Finals Preview 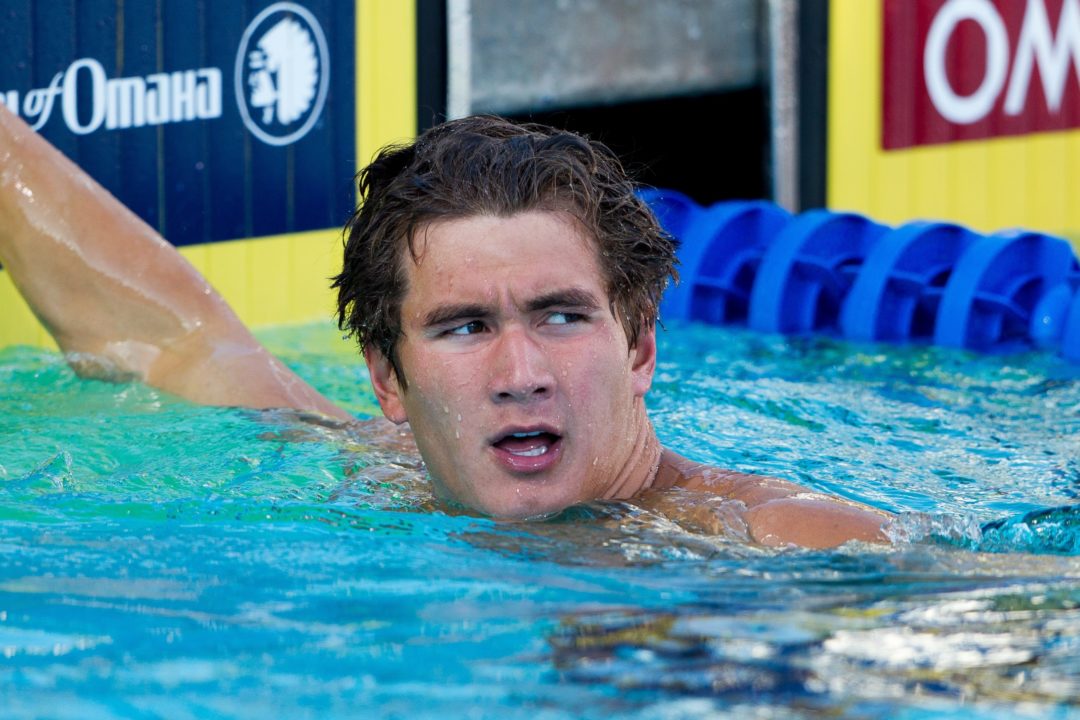 The Americans looked great in prelims, but Nathan Adrian needs to be focused in his Barcelona debut to hold of Russia and Australia. (File Photo: Tim Binning/TheSwimPictures.com)

The schedule for finals, in order, goes:

Already on night one, we’ve got one of the premier, if not the premier, events of the meet, which is why this World Championship schedule is so spectacular. The men’s 400 free relay this morning didn’t really show us too much; there was no Adrian, nor Morozov and no Magnussen.

The Americans, though, showed the most depth-readiness, proving that they had options from Ervin (who swam incredibly well in the morning) to Berens and even Feigen, who was strong on his lead-off leg.

We also learned this morning that Danila Izotov from Russia, the world leader in the 200 free coming in, is as sharp as he was at the World University Games, after anchoring Russia’s prelims relay in 47.78. That’s trouble for Yannick Agnel and Ryan Lochte in the 200 free.

But ultimately, the Americans, after seeing what they had in prelims, should be much more confident headed into the finals of this 400 free relay than most of the world was headed in (though, public comments indicate that they themselves were plenty confident already). We’ll post final relay lineups as soon as they’re available, but options include Matt Grevers, Lochte, Berens, and Jimmy Feigen to join Adrian and Ervin in the (probably available) finals spots.

The Russians, meanwhile, will be able to make wholesale changes, though certainly Izotov, and possibly Grechin, will be part of the finals relay. Australia and Russia need to do more than just swap out relay pieces: they need some guys to get their heads around their relay swims (though France got one great result from Fabien Gilot).

And the real joy, the Brazilian relay, even without Cesar Cielo, finally made its way into the final that we’ve been hoping from them for years. We don’t know for a fact what Cielo’s shape is, but we can assume he’s capable of improving their AM 3:14 by at least a second, making them medal contenders.

Both free relays are going to be a show tonight. Enjoy the fireworks.

I think the Russians take the relay tonight. With Izotov on his game, no one can come close. Grechin went 47.9 leading off the relay in Kazan, and Lobinsov can go 47 mid off the relay. And of course Vlad Mozorov will be spectacular. I see him breaking the 47 barrier. As for the American relay, I really hope Berens gets on it. He’s one of my favorite swimmers.

Well Adrian went 46.8 last year; assuming he does the same this year and Morosov also goes 46.8, with the splits you predicted from the other Russian swimmers and my predictions for the other U.S. swimmers, both US and Russia came out to be 3:10.1 or so. So no, it will be very close, I think. Lochte is the wild card; he may not swim it at all but if he does, it’s because he did something amazing in training camp.

Adrian, Lochte, Ervin and Fiegen according to the start list on omega timing.

Was really hoping Berens would get a shot. Lochte better perform to make up for London.

French have only one swimmer swimming from prelims.. It will be a great race..

adrian, magnussen and morozov will all be 47.1 or faster