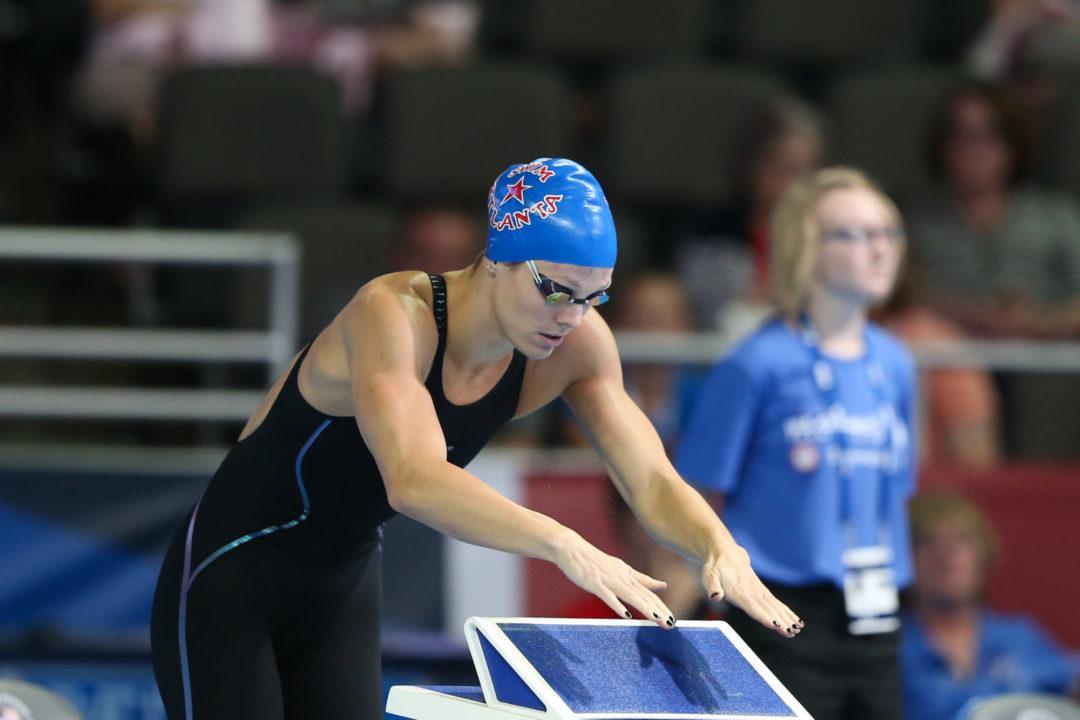 U.S. Olympic medalist Amanda Weir took on the 200 free on day 2, using her front half speed to lead from start to finish. Archive photo via Tim Binning/TheSwimPictures.com

Day 2 at the 2017 American Short Course Championships in San Antonio, Texas saw more fast swimming done by Canyons Aquatic Club swimmers Amanda Kendall and Isabella Arcila. Kendall secured her 2nd victory of the meet with a quick 52.13 in the 100 fly. Arcila, on the other hand, brought home the 100 back gold with a dominant 52.64.

Missouri’s Katharine Ross, who was absent from the SEC Championships last month, has been getting some swims in this weekend. Last night she won her signature 100 breast, turning in a 1:00.56 after outpacing Canyons Aquatic Club’s Nikol Popov (1:00.89) on the back half.

U.S. Olympic medalist Amanda Weir took on the 200 free on day 2, using her front half speed to lead from start to finish. Weir touched in 1:45.53 to take the gold, finishing nearly 3 seconds ahead of the field. Austin Swim Club’s Matthew Willenbring had a fast swim in the men’s version of that event. He was able to hold off a late charge from Missouri’s Nicholas Davis to win a tight race, touching in 1:35.26 to Davis’ 1:35.38.