Russian Vlad Morozov has picked up his second $10,000 bonus check in less than a week. Archive photo via Arena International 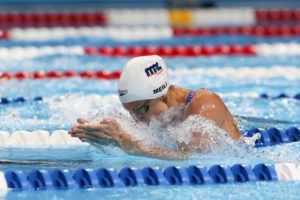 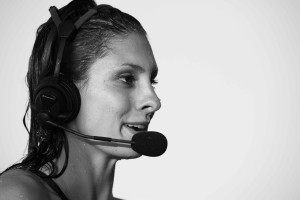 Russian swimmer Vlad Morozov has broken the 100 SCM IM World Record for the second time in less than a week, swimming a 50.30 in Berlin, Germany on the second stop of the FINA World Cup Series. That dropped his 50.60 done in Chartres over the weekend in the first stop, which in turn improved upon Markus Deibler’s 50.66 from 2014.

This event is tailor-made for Morozov, who is best-known as a sprint freestyler but is a world-class sprint backstroker, breaststroker, and butterflier as well.

For his efforts, Morozov not only picked up a pile of points and his $1,500 prize check, but he grabbed a second $10,000 bonus for breaking the record. After today’s sessions, Morozov will already be hurtling toward $40,000 in earnings in this year’s series with still 7 stops remaining.

Morozov will swim in the 50 free and 100 breaststroke final on Wednesday, with an appearance in the mixed 200 free relay also possible.

His back-breast turn was insane.

Indeed.. Not as insane as deciding to do a bucket turn though……

Did the rules change? Or am I old? Or was that a massive deek?

was that turn legal? Can’t see clearly whether he touched at vertical or past vertical toward breast

Vlad is not correct and Vladimir!