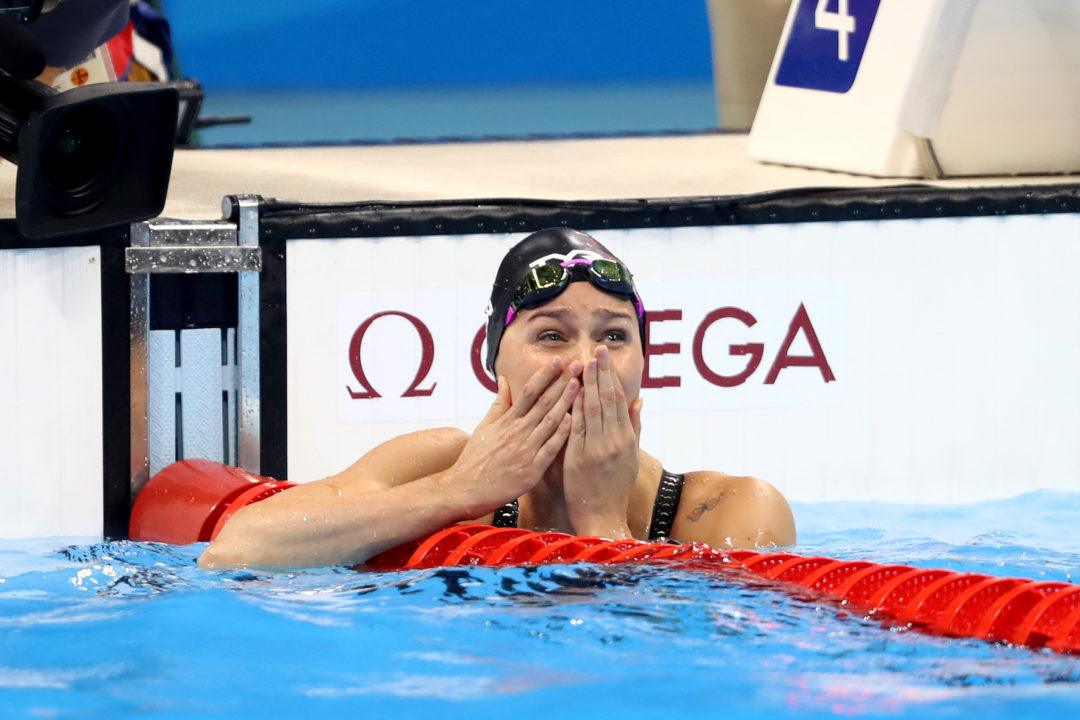 Pernille Blume of Denmark held on to her top seeds from both the prelims and semifinals in order to claim her first Olympic gold medal, closing fast to touch in at a time of 24.07. Current photo via Simone Castrovillari

Pernille Blume of Denmark held on to her top seeds from both the prelims and semifinals in order to claim her first Olympic gold medal, closing fast to touch in at a time of 24.07.

Defending Olympic champion Ranomi Kromowidjojo of the Netherlands was right in the mix at the touch but wasn’t able to get her hand on the wall in a podium position. She faded to sixth overall in 24.19 just 0.08 seconds off the podium.

Picking up the silver behind Blume as 100m freestyle co-champion Simone Manuel of the United States. She flew in to just miss gold by two one-hundredths of a second, falling short in a time of 24.09.

Aliaksandra Herasimenia of Belarus managed to squeeze in for the bronze in 24.11.

Cate Campbell of Australia was fifth, her sister Bronte was seventh. The top six swimmers were all extremely close to each other, only separated by 0.12 seconds.